Ethiopia and Tanzania offer the private sector many opportunities for energy investments in the medium-term.  Both governments have a stated priority to attract the private sector to the generation sector and are implementing frameworks for future engagement.  In addition, other areas, such as contracting on behalf of government and investors, natural resource exploration and production, and midstream development, offer potential opportunities.  The challenges vary more widely by country given the differences in government capacity and cohesion, but the most significant challenges, such as obtaining a government guarantee of payment for power and adhering to stated timelines, are shared.

In Ethiopia, hydropower development is one area where the private sector can get involved as independent power producers.  Ethiopia is blessed with vast hydrological resources and the government has made a commitment to increase hydropower for internal consumption and export.  The government needs additional financing to meet its generation growth targets, which is a strong indication that it will tap private sector financing for the development of these resources and others, such as geothermal.  In addition, given its focus on renewable power development, the government has been absent from hydrocarbon development, both from an exploration and production and midstream infrastructure perspective.  This has left a hole where private actors are already entering.

In Tanzania, similarly to Ethiopia, the largest opportunity in the next decade will be for independent power producers (IPPs) to help the government reach its ambitious electricity generation targets.  In Tanzania, the government is focusing on affordability of power generation in order to provide power to the masses and is not focused on renewables.  The country has proven onshore gas and coal resources, that can provide power at a cheaper cost than renewable sources.  Therefore, IPPs should focus on being the lowest producer by utilizing local gas and coal resources and lowering operational costs where possible.

The largest challenge to private sector involvement is obtaining a government guarantee to purchase power at a set price for a set term, which is a barrier to both generation and midstream infrastructure development. The private sector will have to explore alternatives.  In addition, both countries’ limited ability to quickly execute is a deterrent to private infrastructure investors.  In Ethiopia, the government has been a credible partner to private developers, but has moved at a slow pace.  Conversely, in Tanzania, despite the government’s desire to attract IPPs, TANESCO has been an impediment to getting PPAs signed. 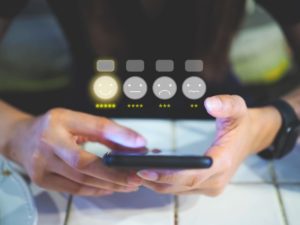 Chiara Farronato on online reviews as a substitute for regulation 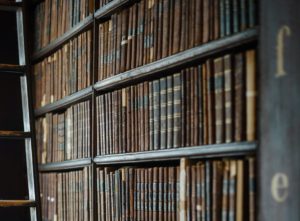 Gillian Hadfield on rules for a flat world

JVs/PPPs. Public partnerships with private actors have also been one way to engage private capital and expertise.  Tanzania has engaged in a coal-to-power project with Sichuan Hongda Group Limited.  In this joint venture, the National Development Corporation has given the mineral rights for coal in exchange for an equity stake in the generation facility.  Sichuan Hongda will provide the coal gasification technology, power plant knowledge and financing.

Natural gas exploration.  Natural gas exploration is driving a significant amount of the investment in Tanzania. In Tanzania, it is estimated that 50 Tcf has been discovered off shore. There have also been viable natural gas discoveries onshore in the south of the country. This contrasts with Ethiopia, where discoveries are expected to be under 5 Tcf, and there is not yet commercially viable production. Exploiting natural gas is in line with Tanzania’s strategy to develop through traditional power, while Ethiopia is focusing efforts on renewables given its vast resources and minimizing their engagement with traditional power sources.

Securitization of SPVs on public markets, strong private partners.  In order to reduce risk of nonpayment by state owned offtakers, an innovative approach for private developers could be to securitize the Special Purpose Vehicles (SPVs) that hold each individual generation asset and list them in local stock exchanges.  We believe that if the shares of generation SPVs partially owned by local investors, the state would be less likely to default on payments than they would be if all shares were held by foreign investors with limited political influence in the country.  Ancillary benefits of a public listing include increased transparency, and the de-risking of the investment through an early partial exit.

Diversify Revenue Sources.  To mitigate the risks of non-payment, IPPs can consider diversifying the sales of electricity output by signing two or more PPAs – one with TANESCO and one other (or more) with an industrial or commercial customer. Symbion, an IPP, has approached a large industrial player and even discussed the option of building a direct transmission line to the Mtawra site to supply electricity. Ultimately, IPPs could contemplate the development of captive power plants (plants which output is entirely allocated to a large customer).

Use Financial Instruments to Guarantee Payments and Seek Local Financing Sources.  Of the 21 grid-connected IPPs over 40 MW installed in SSA prior to 2010, only 9 projects were granted sovereign guarantees.3 Our research indicates a high likelihood that neither Ethiopia nor Tanzania will grant such a guarantee in the near term, so private investors need alternative risk mitigation strategies.  One strategy is to request security in the form of claims to other state assets as was done in Nigeria, where revenues from the state-owned oil company were used to secure the 450 MW Okpai facility.4

Another strategy is to engage the African Development Bank to issue a partial risk guarantee (PRG).  A PRG facility was structured to cover 100% the commercial bank debt of the 250 MW Bujagali hydro plant in Uganda, which was developed by Sithe Global (a Blackstone portfolio company).  This PRG enabled four commercial banks to provide $115mm of debt financing at very competitive rates (the $512mm of additional debt financing from DFIs did not require PRG).5

Improve Government Capacity.  The deployment of new instruments and schemes in each of Ethiopia and Tanzania would require close collaboration with the government players and utilities in the two countries. In both cities, the key government counterparts (middle management) to investors lack the relevant knowledge and are susceptible to adopt a cautious approach when new ideas are proposed.

Private sector players could organize into an industry association (similar to the Tanzanian Oil and Gas Association) in order to promote their interests and educate government counterparts on tools and ideas to address existing issues. The industry association could also seek support from DFIs to benefit from their experience across the continent.