Among all the commercial real estate opportunities (e.g., hotels, commercial plazas, industrial parks, and housing), we found that addressing the housing shortage was the most pressing problem for making Addis more resilient. The government has attempted to solve this problem with affordable housing in three main schemes–10/90, 20/80, and 40/60. Under these arrangements, citizens would be entered into a lottery and if selected, would be required to pay a 10/20/40% down payment and the remaining balance through a 5-10 year government loan. There are over 1M people registered for the lottery, but only 133k units in plans for construction. But many of these construction projects stop midway due to lack of available foreign currency to purchase imports. Of the expected 39k 40/60 units, only 1,300 are near completion (and without guaranteed completion). These projects are contracted with local developers who often lack the necessary project management skills to deliver on time. Moreover, these developments are often built in remote or inconvenient areas that have little infrastructure and roads to connect the future residents to the city. This further increases the cost burden for housing. In order to address some of these pressing housing concerns, we believe there are three key opportunities for Ethiopia to explore: establishing secondary cities, creating shared value PPPs, and standardizing deal terms with foreign investors.

Addis Ababa has over 5M residents, whereas the next most populous city has 250k. In order to reduce the congestion in the capital as well as develop the rest of the country, the government could begin to focus on developing secondary cities. Secondary cities could leverage their competitive advantage by being built close to existing regional markets or industrial parks and locating by the transit network. One advantage of secondary cities is that they can learn best practises of confronting urbanization challenges from primary cities, drawing lessons in policy making, developing transit networks and other utilities such as electricity and waste management.

The public sector can partner with foreign investors to build these cities. Apart from the returns investors receive from their real estate developments, they can be in the forefront of developing the local trade economy into larger trade networks that can be leveraged into an export oriented country. Targeted investments can trigger economic growth as well as foster social inclusion. 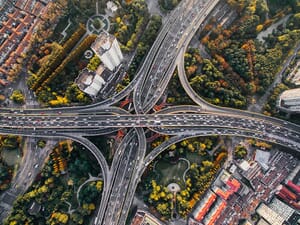 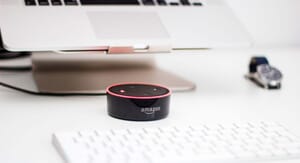 The Future of News is Humans Talking to Machines

Based on its socialist roots, Ethiopia has historically been a very closed, government-led economy. Government officials have adopted protectionist policies to strengthen the nascent domestic private sector, which would have a hard time competing against international firms. However, in recent years Ethiopia has begun to open up to foreign private investment. In order to serve the government’s goal of becoming a middle income country, we recommend creating shared value through public private partnerships that strengthen the domestic private sector, increase development, and allow foreign private investors to realize returns.

The two key areas where shared value can be created are infrastructure and knowledge transfers. The rapidly growing economy, cheap labor, and natural resources make Ethiopia attractive to foreign investors. In order for government to realise benefits for its citizens, it can grant land leases to foreign investors in exchange for capital commitments to build infrastructure such as roads, water, and sewage. The government could also require CSR initiatives such as schools and hospitals. This would serve dual purposes of creating infrastructure and jobs for Ethiopians. Additionally, similar to what has been done in China, the government could require foreign investors to partner with domestic companies in order to facilitate expertise and knowledge transfers. This a critical step to ensuring Ethiopia is able to grow and strengthen its own domestic private sector for long-term growth, rather than be exploited for its resources.

In the short run the Ethiopian authorities should initiate a standardised FDI program. This deal would include the following commitments from the private and public side. Note that the percentages and figures presented below are intended as examples, and would require lengthier discussion at implementation.

Investors will be allowed to own a USD account to avoid immediate conversion of foreign currency upon entering the country into BIRR. Post property sale, investors will have a two-month window to take USD out of country at same FX rate as time of investment. Being able to hold USD will allow foreign companies operating in Ethiopia to import raw materials much more quickly. This would reduce woes faced by companies like an iron wire manufacturer we visited, who only operated for half the year as he had been waiting in queue for one year for USD from the government.  To ensure that foreign investment is helping to build Ethiopia’s economy, companies would be required to reinvest a 10% return on investment in Ethiopia. Additional return can be extracted in USD.

The government will take initiative to provide suitable plots of land to the private sector. This means establishing enforceable eminent domain laws that displace people in return for fast construction of affordable housing. In return, the private sector pays above-market cash compensation and provides priority access to new housing developments to the former inhabitants.

For each USD invested the investor will commit a certain percentage to public infrastructure construction (such as sewage treatment plants, road and water access). Thus, the private sector provides additional project management and financial capacity to accelerate the necessary infrastructure development particularly in areas removed from the city centre. Additionally, part of the funds could be used to build affordable housing for workers.

To promote long-term knowledge transfer to Ethiopians and encourage local manufacturing, private developers commit to a 1:4 ratio of local to foreign employees across all levels of hierarchy and a 50% ratio of locally manufactured construction inputs. Additionally, the government could demand a minority investment of local companies into major construction projects to ensure access to proprietary technical expertise.

A minimum USD $2M investment (approximately 4x that of the existing housing cooperatives) is required for eligibility into this FDI scheme. Penalties will be incurred for significant completion delays to provide more credibility to eminent domain enforcements and reduce public resistance.

We believe that such a deal would be a win-win for both the public and private sectors. Ethiopia gets the much needed affordable housing and investors can yield greater returns on their investments.

The team identified two key challenges: affordable housing and adequate cold storage. On one hand, 98% of existing housing is built incrementally by individuals as a storage of wealth. The National Housing Corporation as a public agent and the private sector have so far been unable to provide significant quantities of formal housing. Reasons for this include the non-existence of mortgages at reasonable interest rates (currently 20%), lack of surveyed and affordable land and cumbersome anti-corruption legislation.

On the other hand, 40-60% of all harvested food is wasted in Tanzania. This is due to inadequate cold storage and handling leading to insect infestations and overexposure to heat. Thus, the government has to import more than $200M of food annually to supply the rapidly growing domestic population, despite an abundance of food. 67% of the Tanzanian population is employed in agriculture and improving logistics could turn the country from a net importer to a net exporter.

Most affordable housing being built by the National Housing Corporation (NHC) and Watumishi Housing Company (WHC) in Dar es Salaam remains too expensive for most Tanzanians. Because NHC was set up as commercial entity with a 10-15% targeted return, most homes are priced at or above middle-income ($25k to $300k). In comparison, the average Tanzanian annual income is only $1,200. This gap creates a huge opportunity for the government and private sector to work together on innovative housing solutions. The government could explore contracting with construction companies that leverage prefabricated construction materials to decrease time to completion, required labor, and overall costs. According to a 2016 PwC Future of Real Estate report, using prefab for affordable housing can drop average costs down to $13k. A sustainable opportunity to build affordable housing in Dar es Salaam would be for the government to give, lease, or sell at below market rates to developers who can build a “minimum viable product” home. Similar to the “Half a House” project in Chile, the homes would be half-finished but ready for residents to move in with a master bedroom, bathroom, kitchen, and all infrastructural systems provided. The remainder of the home can be built out based on the residents’ needs and financial capability. Estimated costs for these housing units are below $7,500, which represents an attractive price point for the working class. Investors could sell at $8,700 and still make a 15% return. Additionally, allowing residents to finish half the house themselves is consistent with current practices where people build out parts of their homes as they secure the necessary funding. While there are concerns around decreasing demand for local labor, overall a solution like this “MVP” affordable home could greatly improve the resiliency of Dar es Salaam while meeting the objectives of both the private sector and government.

The creation of cold storage warehousing and distribution has the power to create huge systemic change in Tanzania and help Dar es Salaam to become a much more resilient city. Currently, 40-60% of food in Tanzania is wasted post harvest due to poor handling, inadequate storage, insect infestations, and difficulties in distribution. This is a shame since many Tanzanians are food insecure and the government spends over $200M annually to import food. If that food were salvaged, it would not only improve the nutrition and quality of life for millions of Tanzanians, but could also make agricultural products a major export, increasing GDP.  There are strong tailwinds behind investing in cold storage, as the government has already begun to prioritize agricultural development through the creation of the Tanzanian Agricultural Development Bank and the Southern Agricultural Growth Corridor. This means it may be easier for investors to receive approval for projects. It also indicates an opportunity for public private partnerships in order to build the required road and power infrastructure needed for cold storage warehousing.

Creating a cold storage pipeline from the interior of Tanzania to the ports of Dar es Salaam would serve to make Dar es Salaam a more resilient city in several ways. First, agricultural exports have the power to strengthen the economy by generating revenue for the city and making Dar es Salaam a major agricultural export port. The government has already initiated major port projects, therefore building out the cold storage pipeline is a prime opportunity. Second, creating agricultural jobs in the rural areas would serve to slow migration to Dar es Salaam and relieve congestion in the city. Finally, improved nutrition will not only improve health outcomes and quality of life for citizens, but also serve to increase labor productivity. Agriculture is already a significant part of the Tanzanian economy, contributing 30% of GDP and employing 67% of the population. Cold storage warehousing and distribution has the power the transform the Tanzanian economy and provide a sustainable path forward for long-term growth.

Opportunities for Renewable Energy in Ethiopia and Tanzania