The Federal Emergency Management Agency (FEMA) has a mandate to prepare for, prevent, respond to, and recover from domestic disasters through both financial and physical resources.[1] While it has been operational for 37 years, the agency came under fire ten years ago after its confusion, miscommunication, and supply failures in response to Hurricane Katrina in the Gulf Coast. [2] Since then, it has bolstered its efforts to become a well-oiled machine in disaster response. 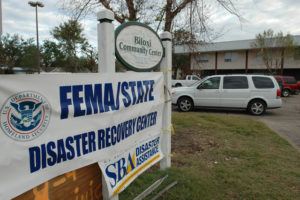 FEMA’s role will become significantly augmented as climate change creates extreme variability in weather patterns, leading to increased natural disasters like wildfires, droughts, hurricanes, and floods.[3]  Since there is no way that FEMA itself can reduce the variability that comes with climate change, it will need to accommodate it. Furthermore, FEMA has traditionally played a reactionary role in disaster relief, rather than looking forward.

What FEMA is doing

FEMA has implemented two major forward-looking policies that will make it more efficient as natural disasters increasingly demand its resources. 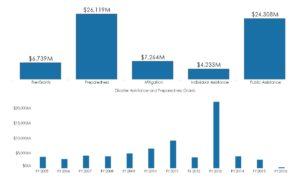 While these measures will be effective, FEMA’s own operations need to accommodate the variability that is caused by climate change. They have a few options:

FEMA has already seen some of the major effects of climate change in its disaster relief operations. With more planning for the future and deploying resources more efficiently, we should be confident that FEMA will be there for us when we need them.

Student comments on Will climate change spell disaster for FEMA?