In 2008, as part of its “Vision 2020” initiative, Volvo announced a new goal: “by 2020, nobody should be seriously injured or killed in a new Volvo Car” [2].  Even for a company deeply rooted in safety, Volvo’s improbable goal would likely prove to be difficult to achieve.  Separately, the company realized that safety alone wouldn’t propel Volvo into the forefront of the competitive automotive landscape.  Thus, in 2011, Volvo began heavily investing in connectivity to augment the consumer experience.

In 2011, Volvo received an $11 billion investment from its new parent Geely.  To best position itself to meet its 2020 goal, Volvo decided to invest significant capital in digital technologies that would make its cars the safest on the road.  The result was Volvo IntelliSafe, “a suite of intelligent technologies that goes a long way to preventing – or lessening the impact of – a collision” [3].  For example, City Safety, one of the many IntelliSafe technologies, detects pedestrians in front of the car and, if the driver doesn’t act, the car will brake automatically.  Additionally, Volvo developed the world’s first intersection braking technology that “makes one of the most common – and damaging – types of collision less likely to happen. If you are about to turn into the path of an oncoming car, it detects if a collision is imminent, braking for you to reduce the severity of an impact, or avoid it altogether” [4]. 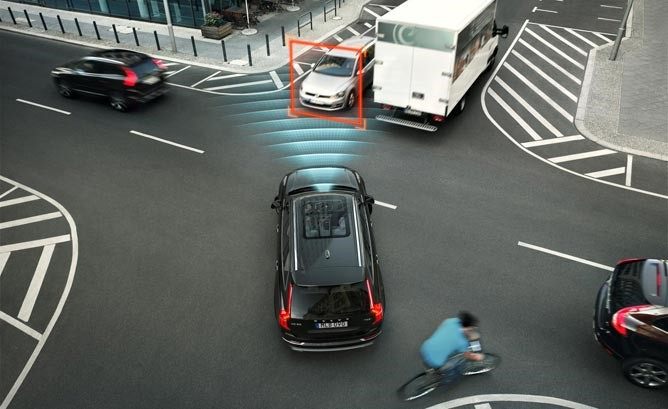 The technology most critical to Volvo’s future, however, is IntelliSafe Autopilot, which is the company’s autonomous technology.  Autonomous technology, often referred to as self-driving, allows a car to accelerate, brake and steer itself.  IntelliSafe Autopilot technologies include four smart cameras that handle subtle changes in lighting, four radar transmitters that help lane changing by detecting approaching vehicles, 12 ultrasonic sensors to detect hazards at low speeds, and a unique multiple-beam laser scanner at the front of the car [5].

Additionally, early in 2016, Volvo partnered with chip maker NVIDIA to provide its cars deep learning capabilities.  These NVIDIA machines can sift through significant data to teach themselves, allowing the car to learn to “identify different objects and situations so that it can continually improve” [6].

While self-driving cars have yet to be legalized in the U.S. aside from certain jurisdictions with certain oversight, Volvo is working relentlessly to ensure it will be ready to introduce the technology once legally approved.  Volvo, in fact, has such strong convictions in its technology that it pledged “to take responsibility for any damage caused or sustained by its vehicles while these systems are in use” [7].  As the first, and still one of the very few, manufacturer to assume this risk, Volvo removed what has largely been considered the greatest barrier to introducing autonomous technology to the masses. 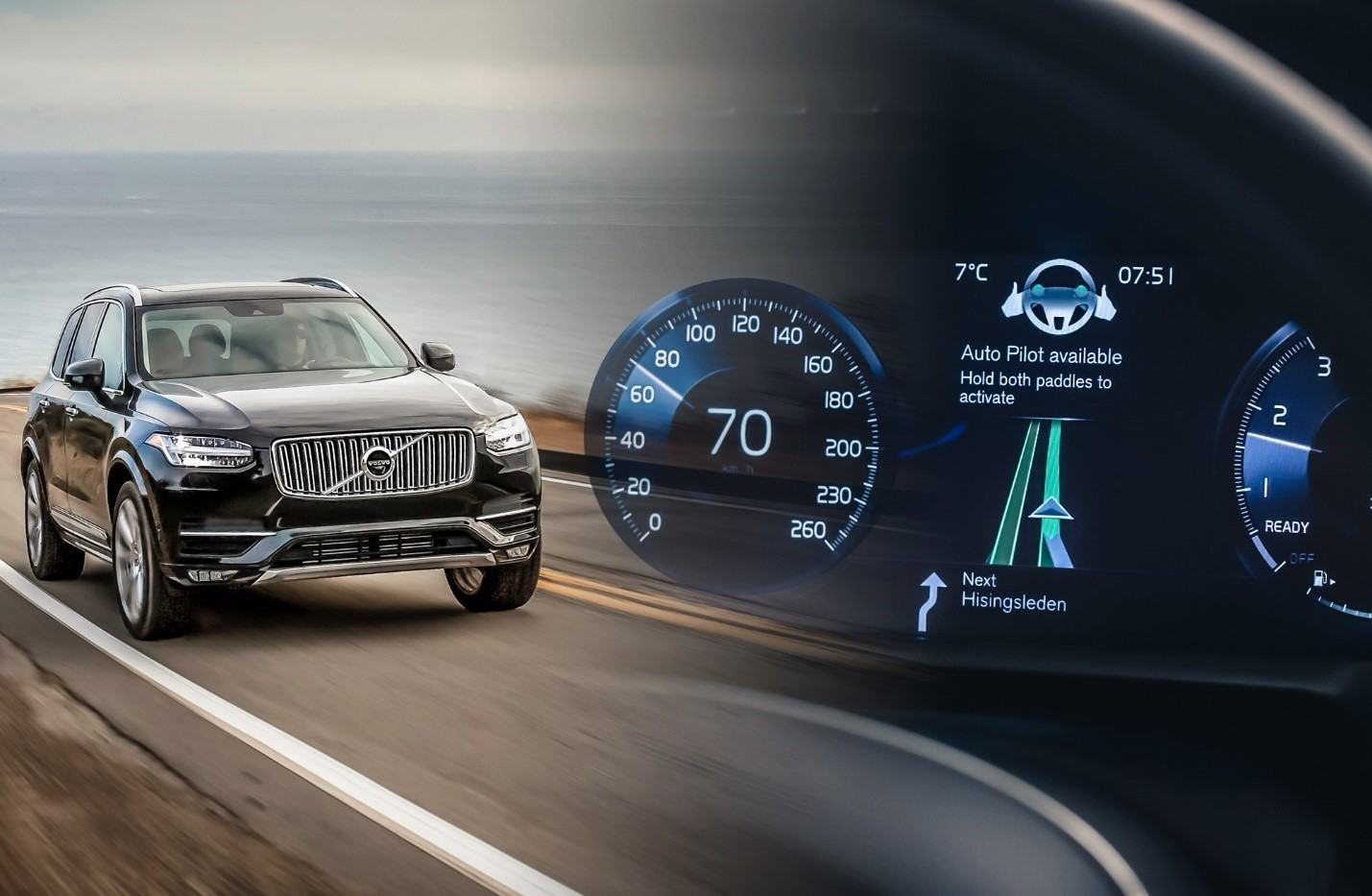 In addition to IntelliSafe technology, Volvo has developed technology to augment the customer experience.  Volvo’s new “On Call” app provides consumers remote access to their cars, allowing them to view its location, fuel level, lock status, maintenance warnings, and to check if a door or window was left open.  The app also allows the driver to start the car remotely, and beginning next year, the app will act as a digital key to the car [8].

Further, Volvo will soon integrate technology in its vehicles to enable over-the-air software updates, which will allow Volvo to seamlessly install new updates, making the ownership experience more convenient [9].  Volvo also recently introduced Sensus, which is its touchscreen infotainment system that has won numerous awards, including Kelley Blue Book’s 2016 Best Auto Tech Award, and allowed Volvo to be one of the first manufacturers to provide Apple CarPlay to consumers [10].

The recent introductions of IntelliSafe, Sensus and other innovations have resulted in increased recognition for Volvo as a leader in technology, leading CarBuyer to state that Volvo is “in tune with modern connected living” and naming the manufacturer the 2016 Car Tech Brand of the Year [11]. 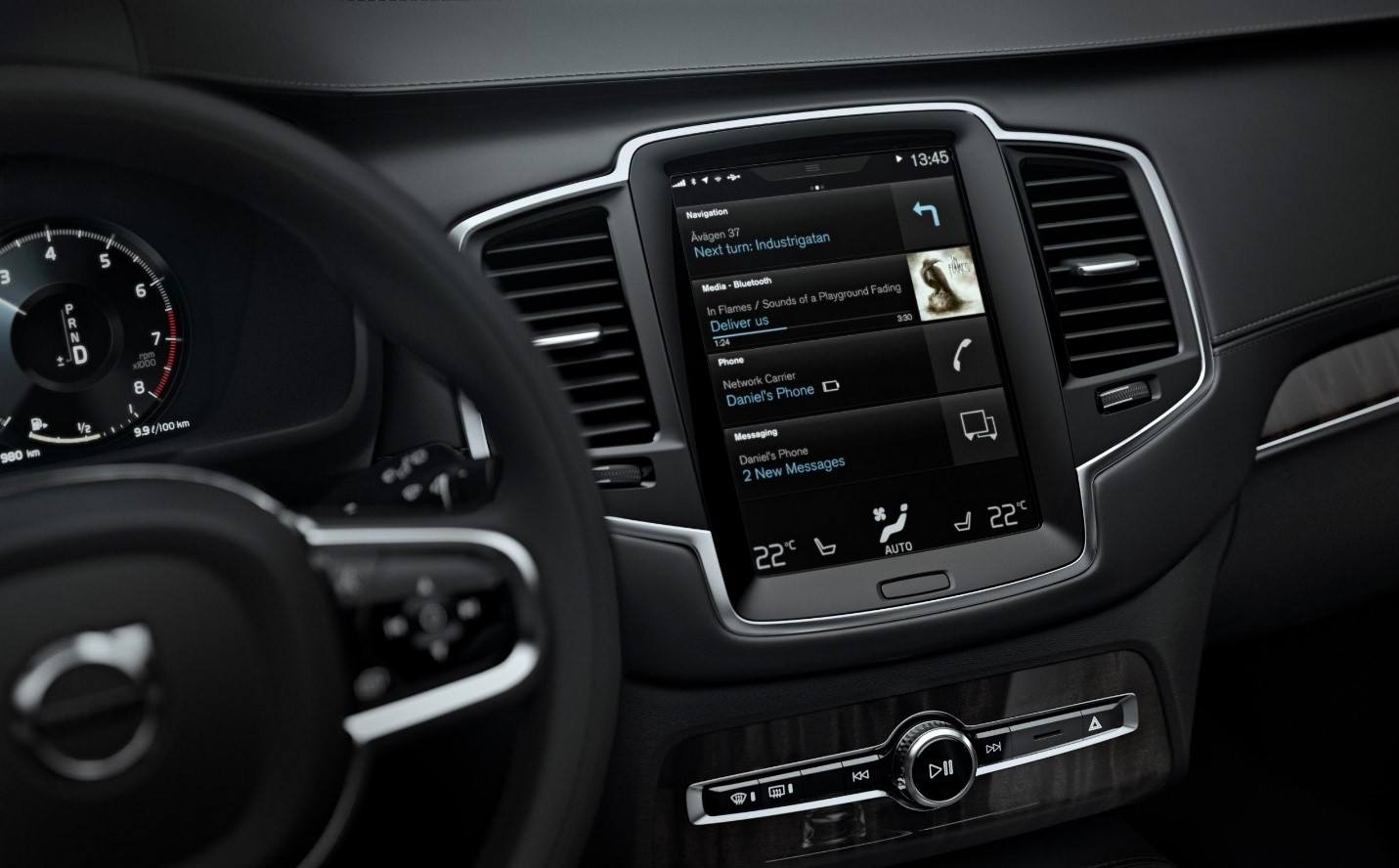 While Volvo has clearly invested in numerous digital technologies as it executes on its strategy of putting people first and specifically looks to fulfill its goal of zero deaths by 2020, the company needs to be enormously mindful of the tension between pushing to be an industry leader in introducing innovative technologies and maintaining safety as its number one priority.  Volvo should refrain from the temptation of being first to market with autonomous technology as there is tremendous value for the brand and its customers in surveying the competitive landscape and “getting it right”.  Fortunately, Volvo’s has shown to date that customers likely won’t have to pick between technology and safety.

YOTEL-ing Me Free WiFi’s as Creative as You Can Get?

Ditch Your Pipettes: Transcriptic is the Laboratory of the Future