The first line of Mucker Capital co-founder, Erik Rannala’s, 2015 article raised eyebrows and questions regarding the sustainability of traditional venture capital (“VC”). Though hyperbole, Rannala’s statement underscores a recent evolution in VC that is forcing firms to adapt to survive. The pace of VC fundraising reached historic highs over the period 2014-2017, peaking at $41 billion raised in 2016. [1] [2] Most notably, smaller, earlier stage funds have proliferated, with more than 500 sub $200 million funds raised since 2011. [3] An increasingly crowded internal landscape is further complicated by the rise of external competition from crowdfunding, super angels and most recently, ICOs. [4] 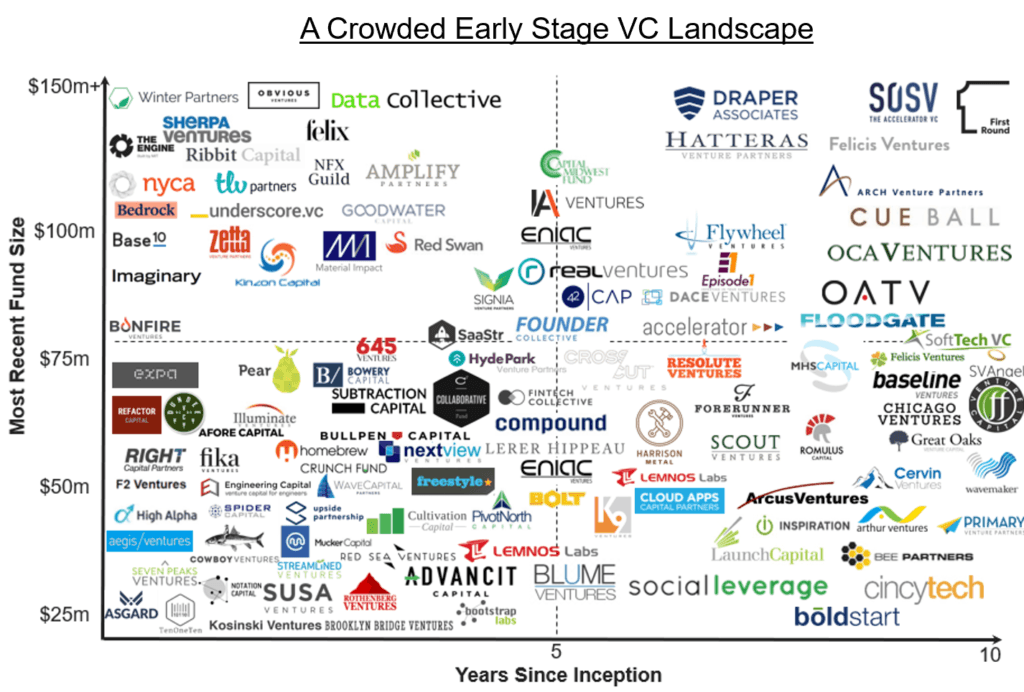 To compete effectively, VCs can no longer wait for entrepreneurs to reach out.  Instead, they must create a “push” sourcing model to proactively identify, diligence, and win deals at earlier stages.

Veronica Wu, an experienced Motorola, Apple, and Tesla executive, faced this challenge in 2015, when founding Hone Capital (“Hone”), a Silicon Valley based venture fund backed by Chinese private equity firm CSC Global. Wu needed to develop a sourcing strategy that would enable Hone to find and win deals in the world’s most competitive venture market.

To accomplish this goal, Wu turned to machine learning.  Hone created a, “machine-learning model from a database of more than 30,000 deals.” [5] Hone used this dataset to examine 400 deal characteristics, eventually identifying 20 that predicted a seed deal’s success (defined as a subsequent Series A). Hone ‘s model evaluates these characteristics, including, “investors’ historical conversion rates, total money raised, the founding team’s background, and the syndicate lead’s area of expertise,” to generate an investment recommendation for each deal.

Although it is early in the firm’s life – VC is an industry that measures success in decades – Hone’s model displays promising early results. Of the seed-stage investments recommended by the model in 2015, 40% have raised follow-on capital within 15 months, nearly 2.5 times the industry average of 16%. Remarkably, this performance was nearly identical to that of Hone’s human investment team. Perhaps most importantly, the model identified successful companies that the investment team originally missed.

Moving forward, Wu and the Hone team intend to refine the model and experiment with the optimum balance between machine learning recommendations and investment team judgement. According to Wu, her team’s analysis of 2015 investment cohort performance, “found that the best [follow-on] performance, nearly 3.5 times the industry average, would result from integrating the recommendations of the humans on our investment team and the machine learning mode.”

Hone has only scratched the surface of machine learning’s potential impact on VC sourcing.

According to Roberto Bonanzinga, co-founder of InReach Ventures, in a traditional inbound sourcing model, promising companies fall under the radar because they are not actively looking for money, not based in a tech hub such as Silicon Valley, or not led by well-connected founders. [6] In fact, VC has systematically underrepresented large founder populations – female entrepreneurs, for example, receive only 2% of venture dollars. [7] Machine learning is a powerful tool for addressing this problem. [8] For example, Alice, an AI platform, provides underrepresented entrepreneurs with benchmark performance figures and personalized recommendations for their startups. [9]

Hone can similarly harness the power of its model to proactively target high potential companies in underrepresented groups. Not only will this strategy positively impact entrepreneurs, it will also provide Hone with unique deal flow. Chris Farmer, founder of SignalFire, lauds machine learning for its ability to identify “companies that we never would have seen otherwise.” [10]

Although successfully raising a Series A is an important step for a seed investment, it is only the first stop on a startup’s journey to generating a strong end-of-day return for an investor. The true power of Hone’s machine learning model lies not in its ability to predict a Series A raise, but its potential to predict ultimate return. As Hone gathers data from maturing cohorts, it will be able to build upon its model, assess a startup’s return potential in real-time, deliver valuable feedback to its portfolio companies on critical success factors, and utilize this data to make smarter initial investment and follow-on decisions.

Machine learning’s impact on VC is still in its infancy and outstanding questions remain. Will machine learning accurately capture rapidly changing investor preferences?  Can it generate a comprehensive blueprint for startup success at each lifecycle stage?

Perhaps most importantly, will it fundamentally change the requisite VC skillset – deemphasizing broad personal networks in favor of the ability to exercise investment judgment?

At Hone, “We’re betting on a paradigm shift in venture capital where new platforms provide greater access to deal flow, and investment decision making is driven by integrating human insight with machine-learning-based models.” [11]

Made In Space. Literally.

AI on the Frontline: The Future of Warfare

7 thoughts on “Venture Capital: Rumors of my death have been greatly exaggerated”