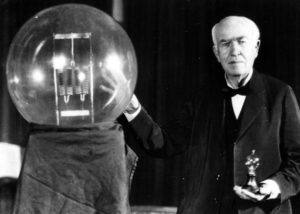 General Electric. Thomas Edison. The light bulb. The three have an intertwined history over the 137 years since Edison invented the first commercially practical incandescent lamp1. In that time, GE has grown to be a multinational conglomeration with over 300,000 employees and technological innovations spanning many industries. However, in 2015 this iconic GE product embraced its most radical transformation yet with the creation of Current, powered by GE and Thriving Cities.

Our transformation begins with the LED.

Invented by GE scientists in the 1960’s, light-emitting diodes (LED) are highly energy efficient and have a lifetime 25x existing technology1. Although the initial upfront LED cost may be higher, the total lifetime cost is significantly lower. Considering these benefits, GE said goodbye to its compact fluorescent light bulb (CFL) business and hello to LED. Literally.

I never imagined this day would come — but I’ve found another. Someone who helps me see my world in a whole new light. You don’t want to hear this, but I need to tell you… I’m in love. I’m in love with LED…. It’s bittersweet to admit that our relationship is over, but I can see clearly now that LED is my future and my future couldn’t be brighter.

GE recognized the digital transformation available with the LED technology and created an entirely new business model. With this letter, GE announced their commercial lightening business was being spun-off from GE Lightening to create Current, powered by GE.

“We are Current, powered by GE. We’re a first-of-its-kind energy company, where world-class hardware technology meets unprecedented software technology. We combine GE’s LED, Solar, Energy Storage and Electric Vehicle capabilities with our Predix platform to deliver a 21st-century energy ecosystem to customers…Helping our customers reduce, produce, shift and optimize to transform their businesses and lives.3”

Current combines LED technology with digital capability to create intelligent infrastructures in a range of applications – optimized factory, the efficient office, the thriving city and the intuitive store3. This ‘21st-century ecosystem’ is supported by intelligent endpoints and Predix. Intelligent endpoints are devices and systems (sensors, motion detectors etc.) that can be installed into LED fixtures to collect valuable operational or environmental data3. Predix is GE’s cloud-based platform that collects and stores this data for analyzing and optimizing3.

While the digital lighting applications are diverse, GE’s Thriving City has the most transformation potential. 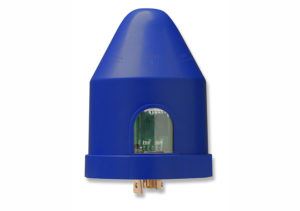 San Diego’s transformation is inspiring. But, it’s only the beginning. GE believes the potential LightGridTM applications are endless.

To fully capture the transformation potential, Current needs to adapt their Thriving City technology for localized applications. Globally, cities are incredibly diverse from physical characteristics (weather, population, infrastructure) to societal needs (crime rates, traffic). Current needs to develop solutions for all cities, not only developed downtown’s like San Diego. To accelerate adoption, they need to convince smaller cities or cities lacking capital that the upfront costs of LED and LightGridTM will allow societal improvements beyond simply the lifetime gains in efficient lighting. 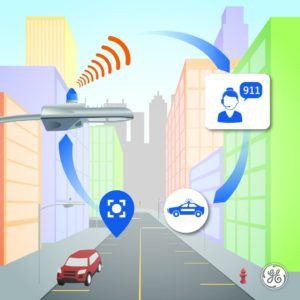 A promising sign that Current is moving in this direction is seen in the partnership GE established with SST, Inc., a developer of gunfire detection and location technology5. Shotspotter sensors and software will now be offered as an add-on to GE’s LED technology to give street lights the ability to “detect gunfire in real time, connect to 911, alert police patrol cars, and ping smartphones with precise location of the shooting incident, the number of shooters and rounds fired.5”

With partnerships like this addressing specific problems in specific cities, GE can leverage universal technology to solve local problems. Soon, intelligent cities will simply be known as cities.