If your multinational company was losing market share to new competitors, would you run from the problem or try to fix it? Talented CEOs would attempt to diagnose the issues driving the share loss and devise a strategy to combat the competition. However, America’s three largest airlines, Delta, American, and United (“US3”), have instead decided to take advantage of President Trump’s “America First” economic agenda by lobbying for government intervention in liberalized aviation markets. Their strategy is short-sighted and dangerous, both because it relies on weak arguments and risks alienating customers and limiting access to US markets. 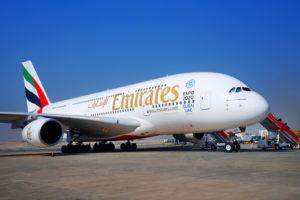 For the last three years, the major US airlines have been battling their fast-growing Persian Gulf counterparts, Emirates, Qatar, and Etihad (“ME3”). [1] But rather than compete on product, service and price, the US3 are waging war in the political sphere. They charge that the ME3 carriers have received over $52bn worth of illegal subsidies from the governments of the UAE and Qatar and act as extensions of these sovereigns, who equip them with an unfair advantage that threatens US jobs. [2] In an unlikely alliance, the US3 have rallied union employees, powerful lawmakers and Washington lobbyists, including Senator Trent Lott and Obama staffer Anita Dunn, around calls for increased protectionism under the specious guise of job protection. [3] They argue that each long-haul route foregone as a result of ME3 expansion kills 1,500 American jobs and are spending $20mm annually lobbying this message in Washington. [4] Their goal is for the government to rescind or curtail existing Open Skies agreements with the UAE and Qatar. 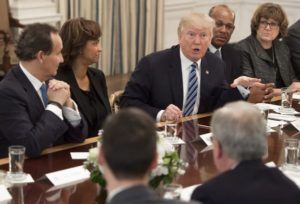 Open Skies treaties are negotiated bilateral agreements between governments to allow liberalization of air routes between the two countries. Since 1992, the US has signed over 120 of these agreements, which have fostered reduced airfares and more flights to hundreds of international destinations. [5]. US carriers, until now, have always championed the increased access to global markets that follow from Open Skies, making their current about-face so remarkable. In February, the CEOs of the US3 met with President Trump to raise their concerns. Trump empathized, “I know you have a lot of competition that is subsidized by governments, big league…It’s a pretty unfair situation. What can we do?” [6] Recent reports suggest he is considering taking a stance against the ME3 as a way to fulfill his protectionist campaign promises. [7] If he does, the ME3’s access to US markets would be restricted, reducing competition and leading to increased prices, and profits for the US3. 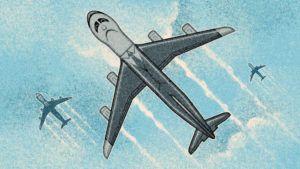 On paper, this sounds like a great outcome for the US3. The problem is the strategy is narrow-sighted and ignores more important, long-term considerations. First, there is no guarantee that Trump will even side with the US3. After all, ME3 carriers have spent billions of dollars purchasing Boeing aircraft and have billions more on order. These orders support thousands of US jobs, the very jobs the US3 argue are being lost. [8] Moreover, not all stakeholders are aligned. US cargo operators like FedEx established hubs in Dubai that depend upon the same Open Skies agreements that the US3 are fighting to eliminate. [9] But even if Trump changes the rules, nothing is stopping the next President from reversing course and pushing the country back on a path to liberalization. 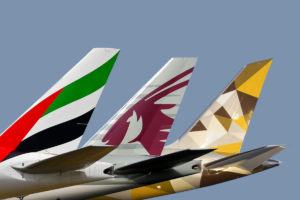 More importantly, the US3’s charges are not credible and claims of unfair subsidies are boldly hypocritical. According to a government report unearthed by WikiLeaks, US airlines have benefited from $155bn of government subsidies over the last 50 years. [10] And while airlines are finally profitable, consumers have been left with such bad service and price gouging the DOJ recently opened an investigation into possible collusion amongst the US3. [11] It is hard to imagine a rational administration winning in the court of public opinion by taking the US3’s side while sticking the consumer with even fewer choices and higher prices than they already face today.

The reality is that competition from the ME3 is here to stay. The US3 are better served gearing up for the long haul and finding creative ways to win back the market. Investing in product and service would go a long way to narrowing the quality gap that exists today between US and foreign carriers. Perhaps the solution is to work with, rather than against, the ME3, as Qantas has successfully managed to do with Emirates. [12] In any event, managers must ask themselves whether doubling down on protectionism is the right long-term strategy for their airline. If so, what are the potential negative consequences they may face down the road? If not, what can they do to counter the looming threat of the ME3?

“Limb”-itless Solutions with 3D PrintAbility: An Example of an Additive Manufacturing Breakthrough in the Prosthetic Limb Production Supply Chain