Got a spare $57 million? Whilst it may seem like an absurd amount of money, it is certainly cheaper than $1.2 billion- the cost of launching NASA’s retired Space Shuttle. Space Exploration Technologies Corporation (SpaceX) designs, manufactures and launches advanced rockets and spacecraft. With both a unique business model and operating model, this American company, started in 2002, exhibits distinct synergies between both models. Launching rockets to the International Space Station at a mere $57 million is the outcome of such synergies. [1]

SpaceX’s business model is not, however, rocket science. All Elon Musk, founder and CEO, wants to do is launch rockets cheaper than anybody else. 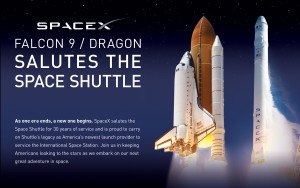 There are several privately owned and run rocket companies that are not even close to Musk’s launching price, with the next American alternative being nearly 10x the price and the cheapest Chinese competitor stating that it cannot meet Musk’s pricing [1]. Understanding SpaceX’s operating model is crucial to understanding where the underlying value is created at such a low cost.

When starting SpaceX, Musk looked at the cost of rockets and did a simple calculation. Looking at every component in a rocket, and calculating the price at cost plus, he saw massive price differential, or opportunity to take advantage of an old, stuffy business that was at the time dominated by the US government. His operating model that took advantage of the price to manufacture vs. sales price was centered around the following four strategies.

When Musk first started SpaceX, there was very little competition for rocket parts. Manufacturers sold parts at exorbitant prices simply because they could. Firstly, they could not sell in volume as rocketry is not a mass market, so they had to raise their prices. Secondly, since they were selling on contract to government agencies such as NASA and ROSCOSMOS (the Russian space agency), they had the leverage to raise prices. Added to this was the cost of logistics involved to get these parts across the world to create the rockets. Musk decided not to use these traditional parts manufacturers, which went wildly against every other operating model in the industry.

SpaceX’s model instead involved using NASA as a strategic partner to gain the best of both worlds- leveraging NASA’s technical prowess whilst having the freedom to buy parts outside of government contracts was a huge stepping stone for the entire space industry. In doing this, SpaceX managed to create one of the first Public-Private Partnerships (PPP) in space, allowing an alignment and efficient use of fiscal resources.

The third, and most important, operational change that was new to this industry was that of vertical integration. Musk, with a staff of more than 4,000 employees [2], has tightly coupled his design and manufacturing teams to design and manufacture every single necessary part to make his rockets in-house. This revolutionized SpaceX and means that not only are they no longer constrained to to previous rocket designs, but that they can make innovative new technologies at a much lower cost. Musk was effectively able to cut the cycle time as well as redefine the cost of creating very large breakthroughs in innovation. By manufacturing every component in-house, the cost savings for parts rocket-wide were huge; for example, a radio that would cost $50,000 to $100,000 in the aerospace industry cost SpaceX only $5,000 [3].

Another crucial part of Musk’s operation was that of the SpaceX staff. Being an innovative thought-leader in the industry, recruiting talent at SpaceX is easy. From personal experience I saw all of my colleagues, from test engineers to material scientists, jumping through the exceptionally high hoops of the SpaceX recruitment process in order to be a part of the most exciting innovation in the space industry of this generation. Leveraging its unique position in the  market, Musk now attracts top engineering and science talent and is able to pay them considerably less than the market price [4], and according to personal conversations with a propulsion engineer at SpaceX, makes them work hours that are comparable to investment banking. Why do they do it? For the love of the job, the excitement of working with the Steve Jobs of rocket science, and for the prestige it delivers amongst their industry colleagues. 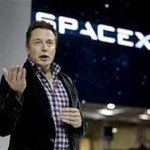 SpaceX is truly a revolutionary company, creating ideas and innovating solutions that are truly out of this world (pun intended!). The biggest innovation being within the operating model, and aligning it to SpaceX’s business model. With this, Elon Musk has been able to do something that was once thought of as impossible.

Bolthouse Farms: Turning a Billion Pounds of Carrots into a Billion Dollars

Student comments on SpaceX and the Operating Frontier