Bang, bang. The black asphalt erupts into a red river marking a little sister’s protector, a younger brother’s biggest hero, and wondrous goals never to be fulfilled. The officer recoils. The passersby fill the lifeless air with chaotic screams. Some brave soul whips out a cellphone and documents everything on camera, saturating Facebook, Instagram and Twitter.

We have heard this story before. The killing of unarmed civilians by armed officers is not new. However, the digitization of modern America has thrust these killings into the limelight, crystallized by the fatal shooting of Michael Brown in Ferguson, Missouri on August 9, 2014.

A Call for Change.

Four interminable hours, bloodied and uncovered for the world to see. I, like many of my peers, first heard the news about Mike Brown on Twitter. Mike was not the first, and he was not the last, but his death birthed the push to hold all police officers accountable to fulfill their oath to serve and protect all communities. Although law enforcement has long relied on intelligence analysis (computerized records, data analytics for predictive policing) and intelligence access (license plate readers, gunshot detection systems) technology for its daily operations, evidence-gathering arm technology (dash- and body cameras) is still underdeveloped [3]. Without video evidence of fatal interactions, ambiguity surrounding the rightful use of fatal force or not engulfs each new case of a civilian slain at the hands of an officer. 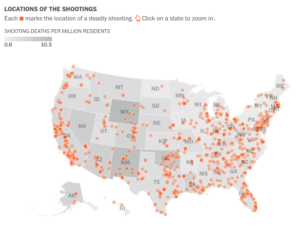 Digitizing policy activity aims to add transparency and accountability possible to police-civilian interactions, while also enhancing officer safety and reducing officer liability. In September 2015, the Department of Justice provided over $23.2 million to support 73 police departments in 68 major cities: $19.3 million for camera purchase, $2 million for training and maintenance, and $1.9 million for implementation impact studies [4]. However, impact studies are mixed.

A randomized controlled trial of 988 U.K. police officers revealed that use of body cameras results in 87.5% fewer reported incidents of force and 59% fewer civilian complaints [5]. However, a retrospective study of 2,652 U.S. police departments revealed a 3.64% increase in shooting-deaths with wearable body cameras (disproportionately higher for African-Americans and Hispanics), likely secondary to officers turning on their cameras more when they anticipated needing to use deadly force [6]. Performance Scorecard of 50 Departments [7].

Compliance with wearable cameras is a huge challenge in the police force, whether because officers do not “understand the policy to turn them [the cameras] on and things like that”[8] or because of resistance to full transparency. In July 2016, North Carolina signed House Bill 972 into law to require a court order prior to releasing any body camera footage recorded, allowing the police force to keep recordings “beyond the reach of the state’s public records law”[9]. As of August 2016, police departments in 24 major cities did not make their policies publicly available, and departments in 25 major cities had not actually implemented any policies for use of the cameras they purchased [10]. 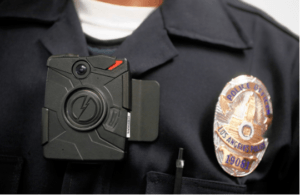 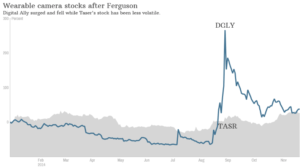 Of the 32% of agencies that have ever used cameras, many suspended their programs due to a mandate to store videos for at least 190 days. With this mandate, department costs for cameras (~ $1000 each), new servers, software and training in Clarksville, IN rose from $5,000-$10,000 a year (30-day storage) to $50,000-$100,000 [12]. In larger cities, the cloud-based high-volume storage facilities required for the tens of thousands of weekly video generated costs upwards of $1 million, with twice as much data required for 1080p resolution versus 720p [13].

In an attempt to deliver on its perceived value as protector of the law and the people, the police force has shifted its operations – albeit non-uniformly and incompletely – to incorporate wearable body cameras. To make this transition successful, all agencies granted federal funding for cameras should be forced to use them or else lose their funding. Since some officers lack the training to press record, manufacturers should make automatized cameras that turn on as soon as an officer steps out of his/her vehicle. Finally, more camera manufacturers need to enter the market to drive down purchase costs.

From social media to wearable body cameras, technology is a vehicle for social change. However slowly, that change is gonna come. 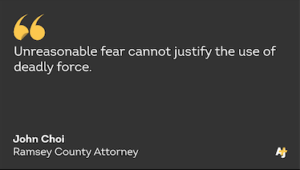 Where Has the ‘Magic’ Gone? Disney’s Response to Digitization

The Dr. Will See You Now…On the Screen

Student comments on Shoot the Video, Not Me