Back in the 1990s, we were imprisoned by our own TV monitor. An average hour-long prime-time TV show is comprised of 13:52 minutes of commercial messages, but we had no-where else to go, so we helplessly gave up to the monitor. We could, of course, get a VCR, record the show, and watch it a day later, after all our friends already have, skipping the commercials. But that was expensive, annoying, and not intuitive.

The 21st century has changed the way we consume our entertainment. Viewers are no longer imprisoned by one monitor; there is always another, and we can easily open our laptops or phones and enjoy other forms of entertainment . We can now pick the shows we want, and expect them to be delivered directly to us, streamed on demand, through the internet.

Firms have faced this challenge in many ways; Amazon Video, Hulu and Netflix charged monthly fees as content providers, and companies like Rio, Xtreamer and Apple offered Digital Media Players for an expensive price. At first streamers were bulky and expensive, and their profit came from the technical detailing the machine suggested. Even as prices went lower, the differentiation between hardware and content was apparent.

Roku, Inc is an American private company, founded in 2002, that bridges those gaps – while still allowing for collaboration – and monetizes the TV experience in an inspiring way suitable for the 21st century. This company and its devices reflect an ideal combination of solid business and operational models that work well together, successfully competing with other competitors that are larger and stronger financially (Amazon, Apple, Google). 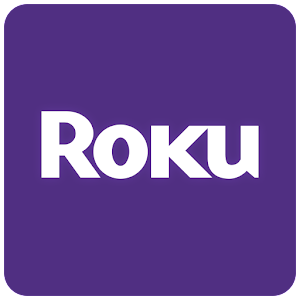 Revenue generation starts with the device’s price tag, but does not end there. The people at Roku are well aware of the fact that you are watching your screen, even when you are not actively watching TV.

Since 2013 Roku has allowed companies like American Express and others to “take control” over the home screen, displaying ads. The Roku remote control has buttons with logos that direct the user to specific channels, which is another example for paid-for advertising. Roku is not a pure streaming device (like Chromecast), and it also offers in-app purchases of actual channels. Those channels are also, in turn, monetized for ads.

As an edge over the competitors (more specifically the closed-source Apple TV), Roku allows end-users to contribute content and enjoy open-source features. This creates a community, which generates more money and enriches the brand value.

Recent advancements in technology (namely, the drop in costs of cheap development-oriented computers like the Raspberry Pi) have allowed computer hardware to be sold at low prices, with the Roku 3 retailing for just under $100. According to Roku’s employees, this is a positive-margin price (https://www.quora.com/How-does-Roku-make-money).

The Roku community, that develops and contributes content and is an essential part of the business model, contributes tremendously to the operational model as well. Engineers are expensive, and their labor costs are reflected almost immediately in the product price, and as is the case with threadless, having a community that develops things for free is helpful, and assists in maintaining a successful business model.

Retention of customers, key in supporting the business model described above (we don’t want them to run to other competitive platforms) is supported tremendously by the operational model. Roku provides a 24-hour support line, and offers RokuCare, a service to help even users who are outside product warranty. Finally, the infrastructure and usage of the Roku are very easy to learn, and yet there are endless online videos and tutorials.

In conclusion, Roku is not a miracle. It is the result of pure harmony between a well-researched innovative business model and an operational model that suits the 21st century.  It owns a larger share than any of its wealthy competitors  (Google, Amazon, Apple), and with a strong community and fair prices – it is here to stay.

The Honest Company: No Smoke & Mirrors