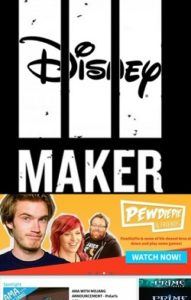 In March 2014, The Walt Disney Company purchased leading YouTube multi-channel network Maker Studios for $500M, with an additional $450M in bonuses if Maker were able to meet certain growth goals. Disney’s primary goal in acquiring Maker Studios was to reach the younger, digital audiences that Disney was struggling to engage. The acquisition sent a clear message to major media players: online video is the future.

Today’s consumers expect video viewing anytime, anywhere, and on any device. Traditional industry players are clambering to create content targeted at the younger digital generation on new, emerging platforms. With the rise of affordable production technology and accessible distribution platforms like YouTube, digital content creators and aggregators are challenging the notion that production and distribution of content is an expensive business controlled by the networks and studios. A network television program can cost upwards of $5M per episode and generate millions of views, while a short-form video posted on YouTube by a top-tier creator can be produced and marketed for $10,000 – $50,0000, attracting the same number of views. As a result, traditional media companies have been forced to re-think how they develop, distribute, and monetize content to compete against these new content creators and digital studios. In the case of Disney and Maker Studios, Disney opted to acquire Maker and its network of 55,000 content creators instead of attempting to build their own online audience and content library. 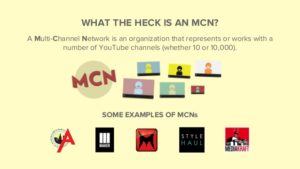 YouTube is a big business. The top 100 YouTube channels receive over ten billion views per month, and YouTube stars are more popular among American teens than mainstream celebrities. Multi-channel networks (MCNs) like Maker Studios aggregate thousands of YouTube channels to syndicate and monetize their content. At the time of the acquisition, Maker Studios was one of the largest MCNs with 5.5 billion video views per month. Maker was home to many well-known YouTube creators including PewDiePie – the most subscribed channel on YouTube. Individual YouTube creators like PewDiePie build up their subscriber base by regularly posting compelling content to their YouTube channels and interacting with their fans to create a more personal and authentic experience for viewers. Many YouTube personalities choose to sign with an MCN to scale their brands, receiving production support, funding, cross-promotion, digital rights management, increased advertising revenues, brand sponsorships, and cross-platform audience development, in exchange for a percentage of advertising and sponsorship revenue from the creator’s channel. Advertisers that work with MCNs pay for traditional video overlay ads as well as in-show brand sponsorships and product endorsements. For advertisers, working with MCNs means that they can reach a large volume of young, “engaged eyeballs” and benefit from the association with these popular online celebrities.

One of Disney’s main goals in acquiring Maker Studios was to use YouTube stars in the Maker network to promote its films, TV shows, and theme parks. In particular, Disney hoped to push properties like Marvel, Pixar and Lucasfilm that appealed to Maker’s younger audience. Furthermore, Disney aimed to distribute its own content through Maker’s platform. However, the integration of Maker and Disney did not go exactly as planned, with constant conflict between the executives of the new and old media players. Maker executives complained of the slow integration process and that they didn’t receive access to Disney’s brand and intellectual property. A year after the acquisition, Maker was rumored to have received less than half of the potential $450M bonus, and Maker CEO Ynon Kreiz left the company.

Disney has taken a giant step towards securing a digital future through the acquisition of Maker Studios. However, MCNs are still by and large unprofitable. About 45% of MCN revenues come from YouTube, and an additional 35-40% of revenues are paid out to the content creators. As such, Maker’s number one goal should be to diversify distribution off of YouTube to new distribution platforms like Netflix, Sling TV, Xbox, and Verizon’s Go90, since many of these platforms are willing to pay licensing fees for quality content and/or offer better advertising splits than YouTube. One approach to migrate YouTube subscribers to these new platforms would be to release new content on these platforms first before releasing it on YouTube. Maker has both the production expertise and enormous amounts of data about the content preferences of its audience, so Maker should leverage Disney’s resources to create new cost-effective original programming that stays true to Maker’s roots, like the original comedy sketches and gaming entertainment shows that made Maker popular. Since Maker’s creator network is its greatest asset, Maker should try to engage these creators in coming up with new series ideas that leverage Disney’s assets. Another approach is for Maker to expand to emerging markets, and they can do this by signing local content creators to the network and expanding content offerings to suit these target markets.

Jarvey, Natalie. “Deal of the Year: $1B Acquisition of Maker Studios.” The Hollywood Reporter. December 17, 2014. http://www.hollywoodreporter.com/news/deal-year-disneys-1b-acquisition-758424