Perhaps no industry has been impacted as much by climate change, and the associated government policy, as the utility industry with organizations such as NextEra Energy, Inc having to completely rethink the way they provide electricity to consumers. These effects have the potential to continue to greatly disrupt the electricity supply chain in two ways. First, in the fuel mix of the generation, and second, with the shift to distributed generation.

The supply chain for electricity can be categorized into three functions: generation, transmission, and distribution. Power supply in the United States is generated from a diverse fuel mix including coal, natural gas, nuclear, hydro, wind, and solar. North America is broken into four distinct grids, or combined transmission and distribution networks [1]. These grids are comprised of centralized and distributed generation sources that must work together to match supply and demand. The distinction between centralized and distributed is defined by the generation capacity and proximity to the end user (Fig. 1). 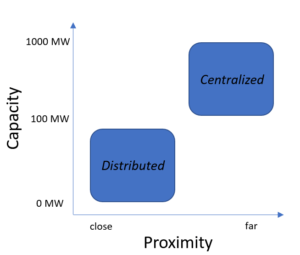 NextEra Energy, Inc (“NextEra”) is comprised of two principal subsidiaries: Florida Power & Light (“FPL”) and NextEra Energy Resources, LLC (“NEER”). FPL is one of the largest rate-regulated utilities in the United States, serving 4.9 million customer accounts in Florida. NEER, together with its affiliated entities, is the world’s largest generator of wind and solar electricity [2]. In 2016, 67.4% of overall revenue and 59.3% of the net income was attributed to FPL, whereas 30.3% and 38.6%, respectively, was attributed to NEER [3].

Similarly, NEER’s capacity was almost 20,000 MW with the breakdown shown in Fig. 3.

Combining the capacities yields NextEra’s overall capacity (Fig. 4). Almost half of the combined capacity is from natural gas and another 13% from nuclear. Both are typically highly centralized. 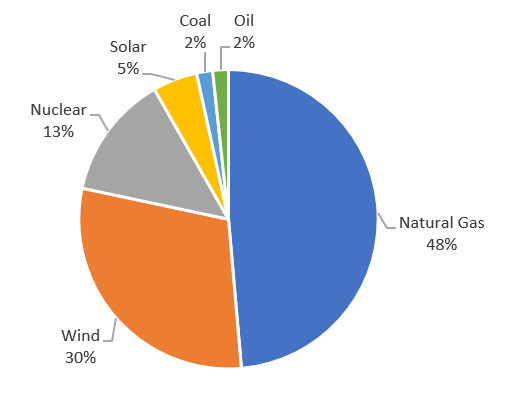 Figure 4. 2016 NextEra Generation Capacity by Asset Type and Generation by Fuel Type. Numbers are approximate and based on estimates/assumptions

While this mix has resulted in NextEra being highly competitive, are they prepared for projected shifts in the industry? Figure 5 shows the EIA’s projections for additions and retirements over the next 30+ years. Nearly 70 GWs of new wind and solar capacity is projected to be added from 2017-21 and more solar than any other source will be added to the grid over the coming decades [5].

Beyond the next couple years but within the next 10, management’s plans for renewable energy projects is greatly impacted by government incentives, including production tax credits (PTC) and investment tax credits (ITC). The PTC is determined based on the amount of electricity produced by the wind facility during the first ten years of operation and is on a phase-down schedule. Just 40% of the credit will be paid for wind projects with construction beginning in 2019, the last year of the PTC. Likewise, the wind ITC, which is determined based on the cost of the wind facility, is also on its own phase-down schedule ending in 2019 at 12%. The Solar ITC will remain at 30% through 2019 before phasing-down to 10% during its last year in 2022 [5]. It is uncertain whether any type of credit will be available beyond 2022. However, many do not believe they will be necessary due to how competitive solar and wind already are with conventional sources.

Additionally, management needs to focus on the impacts of the expansion of residential rooftop solar. This distributed form of electricity generation, especially when coupled with a battery for storage, has the potential to greatly disrupt a utility’s business model. The U.S Energy Information Association projects approximately half of the solar generation will be distributed as opposed to utility-scale (Fig. 6). This affects the electricity supply chain in two ways. First, it alters the generation sources. Second, and more importantly to the way NextEra makes money, it can remove customers from the grid or greatly reduce their demand. Once again NextEra has the potential to be impacted by policy related to climate change. States have various forms of net metering, and may move more towards a feed-in-tariff system, both of which require various degrees to which utilities must use and/or purchase excess power from distributed systems.

NextEra ready for the Next Era of Electricity?

The titan of sports industry joining forces with Amazon

Student comments on NextEra ready for the Next Era of Electricity?