Netflix creates value for its 57 million “official” subscribers[1] (and several more) by providing “all-you-can-eat” content. Netflix members “can watch as much as they want, anytime, anywhere, on nearly any Internet-connected screen….all without commercials or commitments.”[2] Netflix captures value by charging a flat monthly fee, segmented by streaming quality ($7.99-$11.99) and allows for trialability with a one-month free trial and easy cancellation. Unlike other streaming services, such as Hulu or Viki, which provide free content without walls but must subsidize via advertising, Netflix builds trust from the get-go, trust that this content will remain valuable and improve in order to retain customers.[3] Netflix also allows lesser-known creators to reach a larger audience. 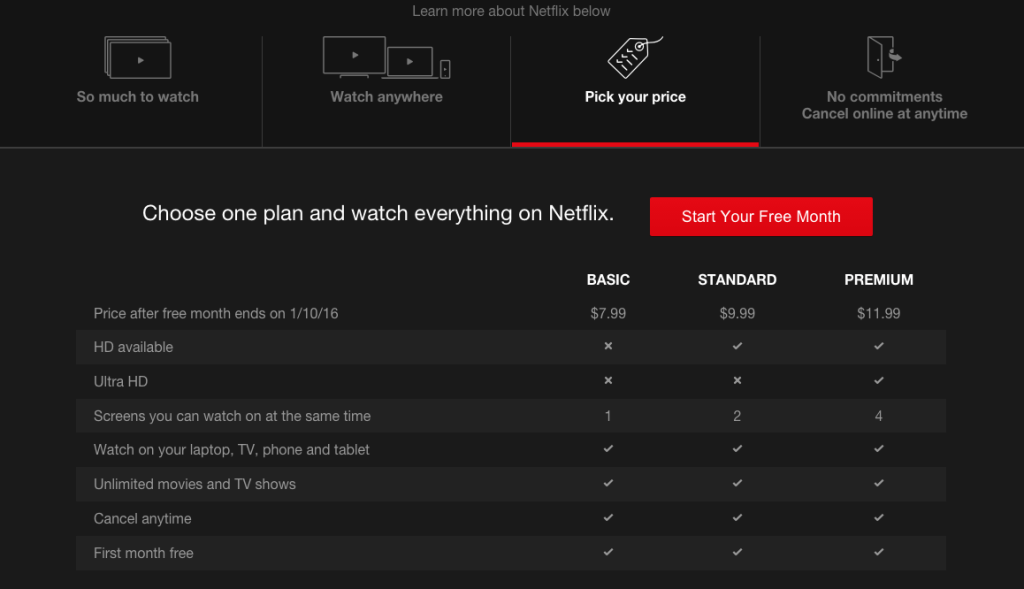 Netflix has delivered on all these promises. Many matching operating processes were established during its DVD days, including a personalized recommendation engine.[4] Underlying Netflix’s success has been a culture of kaizen or “continuous improvement” along content and infrastructure: “We are continuously improving our members’ experience by expanding our streaming content with… a programming mix…that delights our members. We are continually enhancing our user interface and extending our streaming service to even more Internet-connected screens.”[5]

To power a highly adaptive company, Netflix needs highly adaptive people. [6] The key component of Netflix’s operating model that has enabled Netflix’s success, through trying times and the evolution of its business model, is its exceptional HR policy. The policy ensures Netflix consistently updates its human capital to meet its customer promise.[7] Chief Talent Officer McCord admitted, “we had to be willing to let go of people whose skills no longer fit.”[8] When Netflix needed better relationships with movie studios, it hired Ted Sarandos.[9] Post-IPO, when Netflix needed credentialed financial controllers, it fired its bookkeeper.[10] And to ensure continual improvement, Netflix eliminated formal reviews and made feedback a regular part of the day. As Netflix shifted to streaming, it hired talent away from companies such as Amazon, Google, and Facebook.[11] To both attract and retain talent, just as it retains customers (with trust and value), Netflix instituted competitive market-based salaries. Employees could also choose how much (if any) compensation would be in stock options, which could be cashed immediately. Netflix removed all barriers to “cancellation” as well as “leaving” so that only the customers and employees who really wanted to be there were left: “If you no longer want to work with us, we don’t want to hold you hostage.”[12] The culture of freedom and responsibility, with clear internal strategy, probably allowed Netflix to make the bets it needed to survive.[13] And these very people developed the technological infrastructure that allows Netflix to scale with its content, to reject bad quality video from the top of the funnel, to analyze video in chunks in order to run parallel processes, to provide multiple versions of the same video at different bitrates for different internet speeds, to automate quality control to reduce throughput time from days to a couple of hours. Netflix also collects data to feed algorithms that determine future demand and the number of content copies to store in caching servers to ensure speed.[14] Data obsession helped Netflix realize that a David Fincher- Kevin Spacey show would do well when Media Rights Capital knocked on its door. 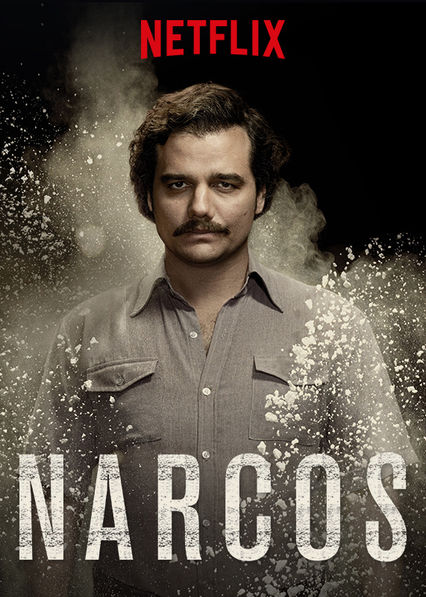 As Netflix enters original production, it must continue to hire and adapt, yet again, to accommodate a new operating model to its family of recommendation engine, digital streaming service, and call center. Netflix plans to spend an additional $6b on original content and 31 scripted shows.[15] It also plans to expand to 200 countries by 2016. To match its increasingly global audience, it has started to roll out increasingly global content, such as Narcos, “mostly in Spanish, filmed in Colombia, featuring Brazilian stars, and produced by a French company.”[16] For now, Netflix is focusing on its core strengths of film and TV, deliberately forgoing live sports or news or user generated content,[17] to ensure it masters the skills needed for more periodic content production and release. Netflix must continue to match human capital on both its employee and customer side to continue delivering value as it moves into original production. Can users one day help “write” Netflix content? One need only to look at Netflix’s job postings to understand Netflix’s commitment to its next phase of growth: Director – Original Production.

Made Eyewear- Innovating convenience, quality, and personalization in affordable products