The wildlife of our planet is endangered. But why do we care? The preservation of wildlife costs us millions of dollars, while there are many other problems of humankind that require immediate support such as fighting hunger or poverty.

One reason is that we want to: “many of us love the natural world. We think animals are cute, majestic, or just plain fascinating”[1]. 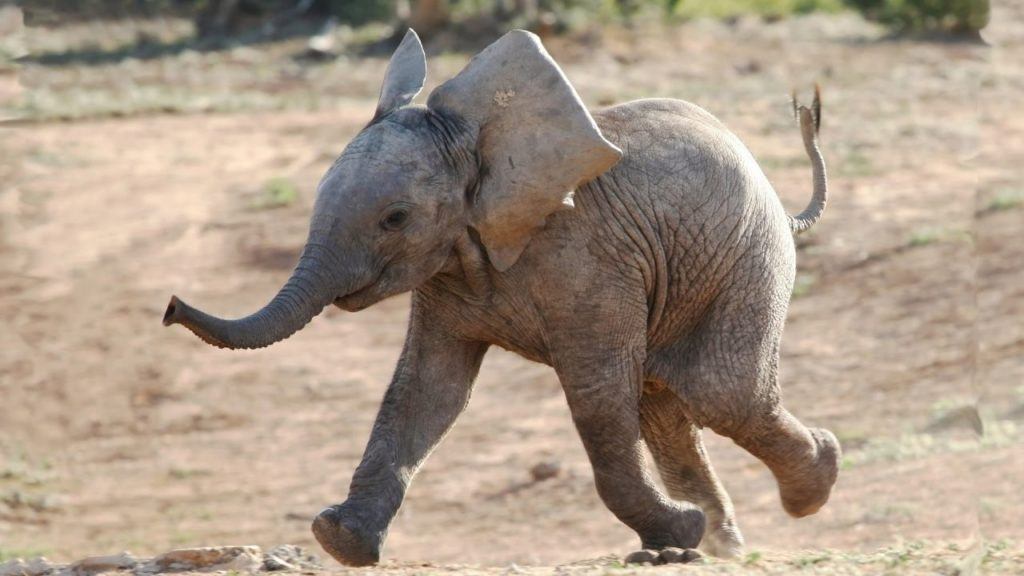 The wildlife is something we inherited and responsible for. Moreover, the decrease in the variety of spices has a direct negative impact on natural ecosystems and local economies[2].

Poaching is one of the most significant threats to wildlife. “Every day in Africa nearly 100 elephants are killed for their ivory”[3]. The global tiger population has dropped over 95% from the start of the 1900s and has resulted in three out of nine species extinctions[4].

Exhibit 1: Wildlife population is in decline[5]

Poaching also provides significant profits to terrorist organizations, “which are which are attracted to wildlife trafficking because of its low risk of detection, high profits, and weak penalties”[6].

Fighting against poaching is not easy. A population of animals is spread across huge area making patrolling very difficult. For example, Uganda Queen Elizabeth National Park, a home of 5,000 elephants, is spread across 763 sq miles[7]. To protect animals on such vast territory “Uganda Wildlife Authority uses 50 to 90 percent of its budget on ranger patrols”[8].

In 2013 researchers from the University of South California (USC) in collaboration with Uganda Wildlife Authority (UWA) developed PAWS (Protection Assistant for Wildlife Security), an AI algorithm which analyses historical information on previous poaching activities and designs the most effective routes for patrolling by trying to predict where the next poaching activity will happen. The AI algorithm every time develops new routes for patrolling units to prevent poachers from predicting patrol’s activity[9]. 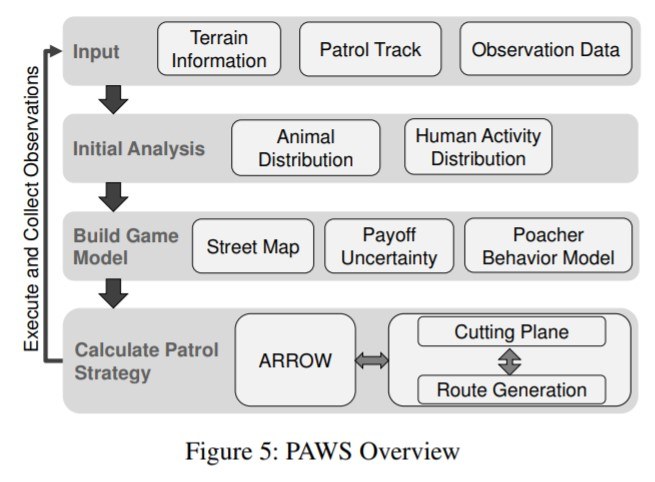 As in other AI platforms, improvement of the PAWS machine learnings algorithms relies on large data available to analyze. Before the launch of the program, the wildlife data from UWA collected by rangers over 12 years from 2003 to 2014 were analyzed[2]. When patrollers execute the patrol strategy generated by PAWS over a period, more information is collected and become part of the input in the next round[10]. After an initial launch in Uganda, in 2014 PAWS was rolled out in Malaysia to further increase the amount of data available for analysis and test adaptability of PAWS in other geographical zones[11].

Currently, the project team is working on:

In my opinion short-term the project team needs to focus on improving the predictability of the model, which can be done by deriving larger sets of data. One way to do so is to share learnings and data with other wildlife conservation organizations, such as The World Wildlife Fund or The Nature Conservancy.

Additionally, short-term the team needs to make PAWS easily scalable. Since 2013 the project team has rolled out PAWS in two countries only: Uganda and Malaysia. Low speed of expansion significantly limits the positive impact on wildlife conservation that the project can deliver. To speed up the roll out the PAWS project team should learn how to quickly optimize the algorithm for different terrain conditions, as well as design easy-to-understand interface to make transferring PAWS management to local patrol teams as smooth as possible.

Technology is becoming increasingly important to help to protect animals. However, poachers as well have access to technology. How can we be ahead of them? What other recent technology developments can we use to protect wildlife? How a person who cares can help animals survive?

[3] “Wildlife poaching has a huge impact on Africa, but our leaders are silent”. The Guardian. December 2014. https://www.theguardian.com/global-development-professionals-network/2014/dec/23/wildlife-poaching-africa-elephants-illegal-ivory

Open innovation in the Public Sector: The Argentinean case