According to the United States Environmental Protection Agency (“EPA”), changes in temperature, atmospheric carbon dioxide (CO2), and the frequency and intensity of extreme weather could have significant impacts on crop yields.1 The EPA also states that rising CO2 levels can ultimately decrease the nutritional value of crops, including drops in zinc, iron and protein.2,3 Furthermore, given the repercussions that water availability has on food production, droughts and irrigation system issues are catalyzing a need for creative answers to inevitable food shortage problems. Specialists have stated that “By 2030, overall demand for water may outstrip supply by 40%. And by 2090…global land surface in extreme drought could increase from 1% to 3% today to 30%”.4 In the face of that, companies whose business models depend on regular shipments of specific quantities of produce, predicting crop costs, and guaranteed food-safety standards, will struggle if they cannot find a way to supplant this supply chain hole.

Gotham has answered wholesalers’ cry for year-round, predictable, safe produce supply amidst erratic temperatures and confused climates by developing climate-controlled greenhouse facilities that are designed to allow expert growers to control the temperature, light, C02 and nutrition. Additional control systems such as heating, cooling and irrigation allow Gotham to promise consistent yields and high-quality products. Founded in 2009 in Brooklyn, Gotham has built and operates over 170,000 square feet of technologically advanced, urban rooftop greenhouses across 4 facilities.5 While greenhouse farming itself is not a new concept, Gotham has taken it to the next level by placing their hydroponic facilities in or next to cities in areas of the country where it’s usually harder to get fresh produce and where it usually has to be shipped from places like the West Coast. This simple concept is so powerful because it means that produce can go from “stalk-to-shelf” in sub-24 hours. According to the Oxford University economist Paul Watkiss, “We’re shifting goods around the world in a way that looks really bizarre…and we are not paying the environmental cost of all that travel”.6 Gotham’s well-located facilities alleviate some of these carbon emissions with the shortened transportation delivery cycles. Additionally, Gotham greenhouses yield ~20-30 times more produce per acre than field farming and given that they are built on rooftops, they do not add to over-construction problems in urban communities.7 Finally, Gotham offsets the large amount of energy it uses in its high-tech climate by using solar panels for a portion of the energy and then purchasing renewable energy through a utility company.8 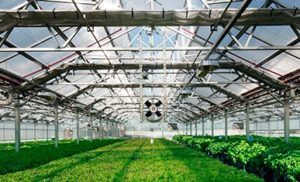 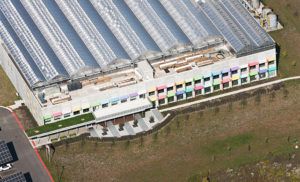 The Proof in the Produce Partnerships

In 2013, Gotham and Whole Foods announced that Gotham would open the nation’s first commercial scale greenhouse farm integrated into a retail grocery space in Brooklyn.9 In the press release, Whole Foods not only focused on the fact that Gotham Greens had already been a trusted supplier for the past 2 years due to the quality of the produce, but also specifically highlighted the irrigation systems that would utilize 20 times less water than conventional farming as well as specific technological enhancements that would reduce energy demand.10 The alignment of incentives between Whole Foods and Gotham is clear: Whole Foods benefits from partnering with a reliable supplier of quality products that operates in line with their own mission as well as produce that will have a longer shelf life due to the more efficient delivery structure. Gotham benefits from a massive market opportunity as food wholesalers and retailers become more dependent on them due to worsening traditional farming conditions, all while also helping to improve the environment. (One disclaimer here is that Whole Foods has not yet discussed how it will handle the Gotham relationship post Amazon acquisition.)

This trend has extended beyond just grocery stores to major food groups such as Union Square Hospitality Group. John Karangis, the executive chef at USHG’s catering and partnership business, has said, “It’s the best basil we’ve ever had, and they’re able to produce it for us year-round.” Karangis went on to explain that Union Square Events purchased 11,000 pounds of produce from Gotham between March 2015 and March 2016 and that having access to Gotham has been a “game-changer.”7 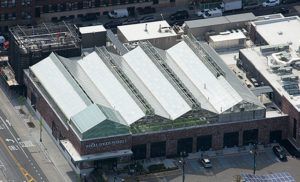 Going forward, Gotham will have to grapple with how to stop the competition; competitors are already starting to appear in places such as Pennsylvania and Washington, DC. Does Gotham have enough of a first-mover advantage to keep wholesaler/retailer relationships in place? Is the produce high-quality enough to allow the Company to keep its leading position?

Additionally, Gotham will need to figure out how to expand the model beyond traditional grocery stores and restaurant groups. Partnerships with delivery services such as Blue Apron could prove to be very successful if Blue Apron is willing to add Gotham into its regular supply chain. (800 words)