The biggest mission of NYPD if to increase public safety by effectively allocating public, limited, resources. In the criminal landscape, firearms incidents play a significant role in public safety and is one of the main focuses of the police department. In New York City, firearms are used in 68% of murders and 41% of robberies1. With a limited visibility of the all incidents that occurs in NYC, the government relies in the proactivity of the community to respond to gunshot incidents that may lead to a low efficiency in human resource allocation and effectiveness of further investigations

Since the end of 2016, the NYPD began the roll out of a system called ShotSpotter (SST), a technology that process sounds from acoustic sensors placed in the streets to identify and locate gunfire incidents in real time1. Moreover, SST matched the series of sounds to its existing database of gunfire and classify the sound as a gunfire incident or not, after a positive identification, the SST traces the original location and send the information to the police department.

This technology aimed to increase the response of the department to gunfire by solving the main restrictions the government operated. Until ShotSpotter, the department relies on “911 calls” to act and therefore has limited visibility of the occurrences of gun related incidents in the city.

Initial Results:  By 2017, only 66% of the incidents reported by ShotSpotter weren’t reported through “911 calls” and the response time for ShotSpotter identification was only 8 minutes lower than any other response time in the department 3,4.

The implementation of SST, changed the way NYPD structured their operation and introduced a new integrated way of investigating gunshot incidents. The integration of the SST sound database and the NYPD internal crime database, Domain Awareness System (DAS), enabled the department to connect incidents with ongoing investigations (see picture below) even when the incident doesn`t have a physical evidence (e.g. bullet, victim, gun, etc) 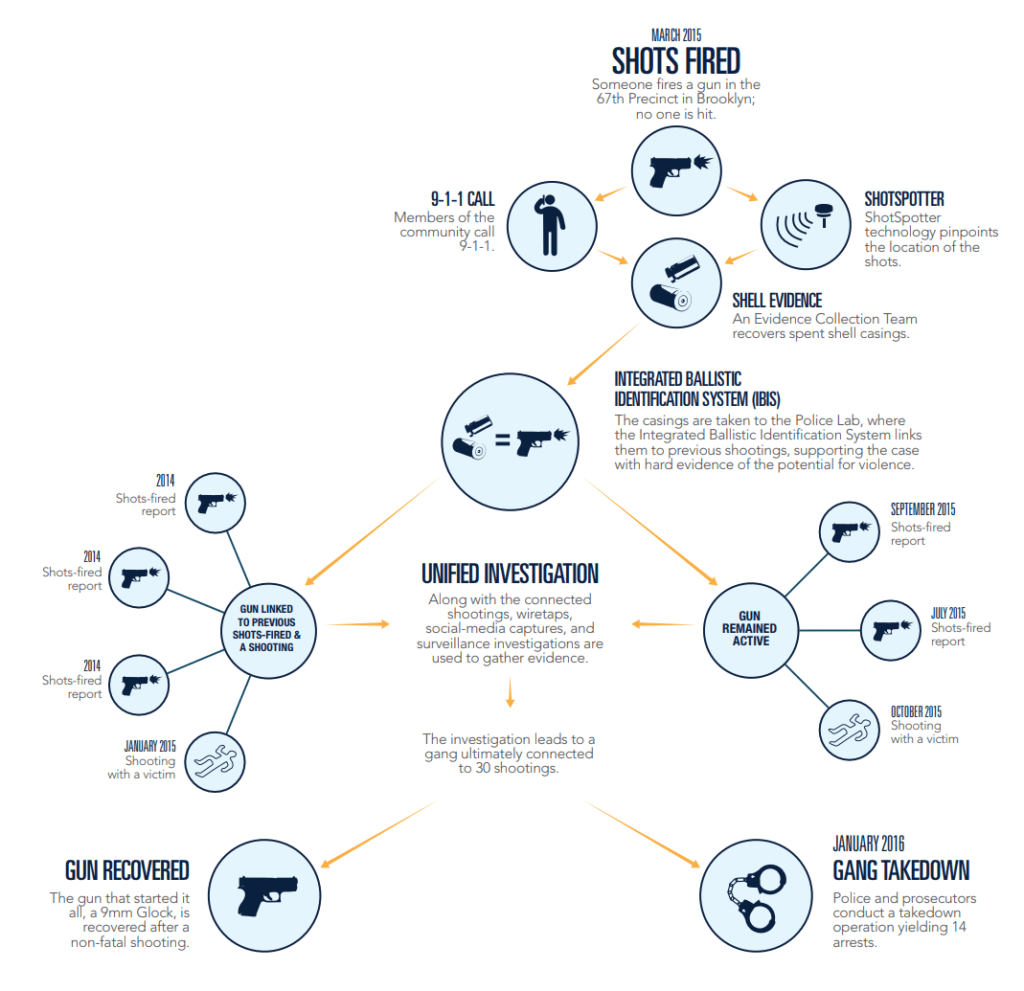 The amount of data storage that SST and DAS, opens a wide range of possibilities to improve services via machine learning. Recently, police departments across US are working on developing predictive models that goes beyond the reactive way of combating crime. The innovating efforts have a new focus of using the ability of foreseeing incidents as a way of preventing crime.

In the next years, predictive analysis (mass) implementation is around identifying and mapping criminality profile of different regions. In the past year, the NYPD has been more actively introducing tools such as Hunchlab, or ShotSpotter Mission, uses historical data to maps each shift regions based on its risk assessment (types of events such as robbery, homicide, etc) and probability of having an incident in that period. The mapping based of risk profile allows the department to allocate resources effectively, not only in terms of number of patrols but also based on expertise. 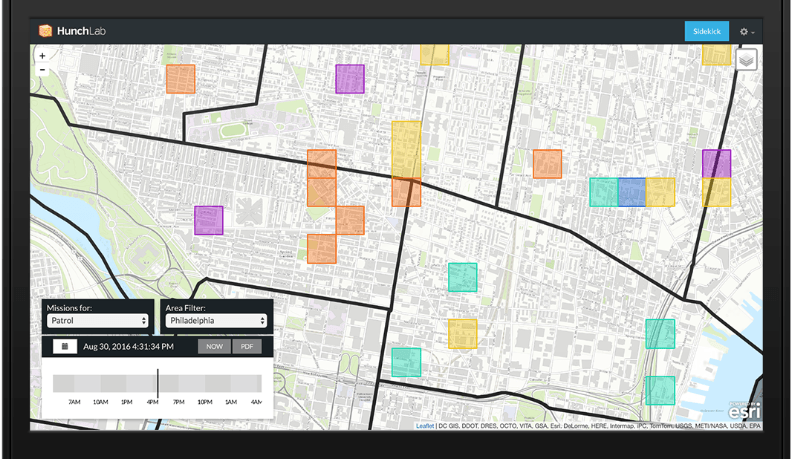 Image: Chantele Dubois, “ The future of AI and predictive Policing” (2017)

Recommendation in a social perspective

The amount of data and the development of predictive analysis opens a door to optimize decision making that goes beyond crime prevention based on law enforcement perspective.

In the short term, mapping can further help allocation resources: decision about police stations, awareness campaigns and human capital allocation. In the mid-long term, mapping can be the initial step in targeted public actions to reduce criminality that goes beyond law enforcement. They can help other departments to create education and social programs to help reduce criminality by changing the region social reality.

The advances in predictive analysis related to public security have opened a series of discussions about bias and discrimination based on income, race and other factors related to inequality issues in the country. The machine learning process utilizes historical data to make decisions and predictions, therefore it presents limitations in foreseeing structural changes in societies.

Given the new trend of predictive, what are the social consequences that law enforcement predictive models can generate? how the limitations of the predictive model can be minimized in cities that are going through a series of structural changes (migration, increase population density, high economic growth)?

[6] Chantele Dubois, “ The future of AI and predictive Policing” (2017) https://www.allaboutcircuits.com/news/the-future-of-ai-and-predictive-policing/, accessed in November 2018

Is There Value in Predicting When and How An Equipment Will Fail? Royal Dutch Shell Thinks So!