Industry 4.0 as vital question for Germany and Siemens

Industry 4.0 refers to a forth industrial revolution after the invention of the steam machine and the mechanization of manual work in the 18th, the emergence of mass production in the 19th and manufacturing automation through computer technology in the 20th century (see figure 2).

According to a recent study commissioned by the federation of German Industries, Germany alone presents an additional growth potential through Industry 4.0 of up to €425 B by 2025 [4]. Not surprisingly German industry leaders invest around €40 B annually into Industry 4.0 [5] and the German Government already subsidized research in the field with €200 M since 2010 [6]. Industry 4.0 will not only decide about Germany’s but also Siemens’ future competitiveness. A key question of Industry 4.0 is how manufacturing operations might look like in the plant of the future. This is extremely relevant for Siemens for two reasons: First, as a manufacturing business its own operations might be disrupted. Siemens currently has 289 major production sites around the world manufacturing a wide range of products from fire safety equipment over gas turbines to MRIs in Healthcare [7]. Second, since its automation division (€10.2 B revenues in 2016) accounts for 12% of the overall Industrial Business, it is crucial to think about new ways to create value for clients [8].

Amberg, playground and showcase for a digital factory – status quo and required next steps

In 2008 Siemens picked its electronic component plant in Amberg, Germany, to build a potential factory of the future [9]. On the short-term, Amberg serves as playground to test new systems and technologies, attract research partnerships with universities and benefit from German government subsidies while also showcasing its innovations and thought leadership to clients. On the medium term, Amberg will help Siemens answer two key questions:

Today, the Amberg plant is Germany’s showcase for a digital factory 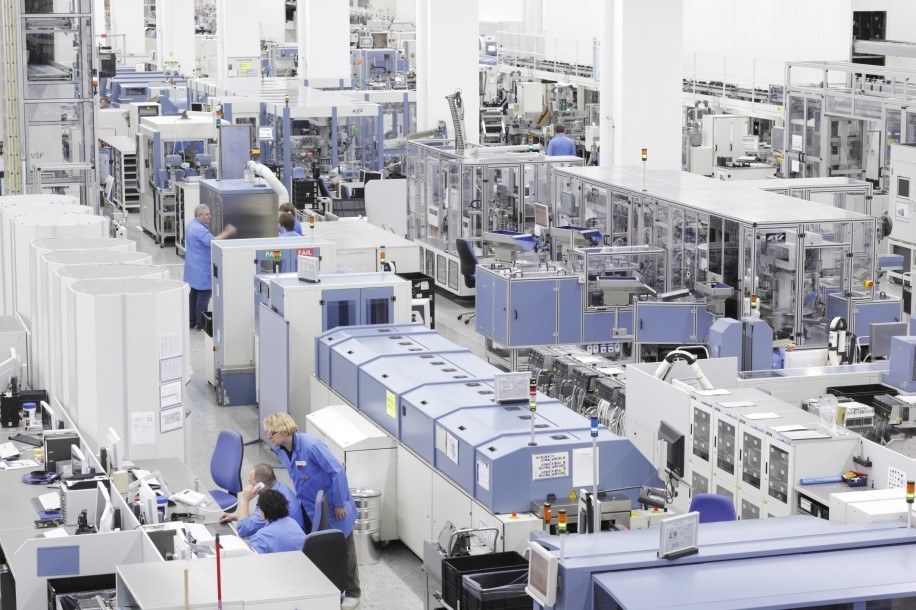 (see figure 3). 5000 employees produce about 120 product variations requiring around 350 changeovers daily [9]. Cutting-edge technologies allow for a 75% automated production with a quality yield of 99.99885% at an output rate of one unit per second [10]. These results are made possible through the “Internet of Things”, an interconnected system based on a common data model in which products not only communicate with machines but also control their own production. For instance, quality defects detected during production could immediately feed back into design, enabling direct changes of the bill of materials, the automation design etc. [9]. Every day, about 50 million pieces of process information are generated allowing to trace each product’s lifecycle [10].

The more data digital factories generate and exchange the more these systems become vulnerable to potential internal and external cyberattacks. Siemens responds with a comprehensive protection of industrial plants through all levels “simultaneously – ranging from the plant management level to the field level and from access control to copy protection“ [12]. In addition, on September 19th, Siemens announced a global strategic partnership with PAS Global to improve cybersecurity through real time monitoring [13].

Furthermore, building the right competencies to operate the factory of the future is a key challenge. A study conducted by the Boston Consulting Group highlights that the increased use of software, connectivity, and analytics will require more employees with expertise in software development and IT technologies [14]. On the medium term, Siemens should consider partnering with some of the leading Tech companies such as Google to ensure access to external data. In a fully connected factory, access to both internal as well as external data will be key. Finally, I suggest building additional digital factories across business units and geographies. From an innovation perspective, the combination of different cultures and products can create completely new solutions.

Even if it is impossible to predict how the future factory will look like, the Amberg plant allows to think about a world in which “machines will organize themselves to a great extent, delivery chains will automatically assemble themselves, and orders will transform directly into production information and flow into the production process” [11] (see figure 4).

In such a world, who will manage Siemens’ factories? Will production managers be made redundant since machines provide a decentralized and more efficient way to make decisions and plan entire production processes? In my opinion, interconnected machines will be able to incrementally optimize existing production systems and entire supply chains. However, humans will always be required since machines will not be able to predict disruptive megatrends such as the next industrial revolution. Finally, how do we manage to stay ahead and most importantly how can we ensure that digitalization and Industry 4.0 as a key aspect not only benefits the leading industry nations and companies but society as a whole?

Danone: Operating within the Tragedy of the Commons

2 thoughts on “Humans vs. machines – who will manage the factory of the future?”