Founded in 2009, Getaround is the self-proclaimed “Airbnb of cars”. Car owners can list their underutilized car for on-demand rentals and active owners can earn $10,000 per year per car[2]. Customers can browse cars listed in their neighborhood on their smartphones and rent by the hour. Their most novel feature is the ability to physically access the cars through your smartphone: Getaround’s proprietary Connect hardware in every vehicle allows renters to locate and unlock the car via its mobile application (keyless), eliminating the need to ever meet the car owner. Getaround started in San Francisco and has expanded to other US cities such as Austin, Chicago, San Diego. As of November 2014, Getaround had 600 cars available and 1,300 active users in San Francisco but those numbers are likely higher today[3]. 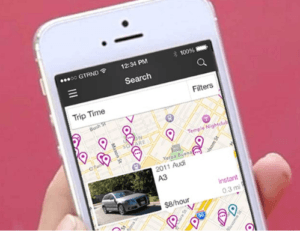 Why do we need this?

Today, the process of renting a car is inconvenient and inflexible. Pricing and selection are unclear. Consumers have to visit the car rental counter (if nearby). And there’s no easy way to simply rent for an afternoon hike outside the city. Getaround removes the friction from the car rental model and offers an easy, instantaneous way to book impromptu trips. The average renter also saves $1,800 per year by using a car sharing service instead of owning a car[4].

There are 250mm personal vehicles in the US yet average utilization is only 4-5% (car sits idle for 22 hours/day)[5]. Getaround allows underutilized assets to generate revenue for the owner. Car value depreciates the moment you drive it off the lot: Getaround allows owners to offset this.

Compared to the car rental market (expected to be $100bn by 2022), the current global car sharing market is small at $1.2bn but is expected to reach $5bn by 2020[6]. Getaround thinks the face of mobility will change 10-15 years from now, where people will be selling the service of transportation more than the underlying vehicle. According to the CEO, this market is a $2tr domestic ecosystem up for grabs[7]. Getaround has raised over $53mm of venture funding at a $200mm estimated valuation from investors including Triangle Peak Partners, Menlo Ventures, Cox Enterprises, and SOS Ventures[8].

When a car owner decides to join the network, Getaround employees will inspect the car and install their hardware which tracks the car’s location and speed and allows the doors to be unlocked via a smartphone. Their IP is in their keyless technology which retrofits any car. 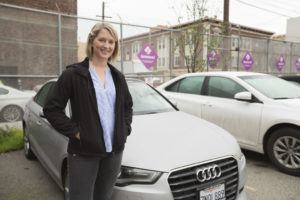 Owners pay $99 to install the device into their cars, and $20 per month for the service. Getaround takes a 40% commission on rentals and guarantees the car owner they will earn $1,000 in three months[9]. Availability and pricing is completely up the owner. The costs of running this platform are insurance and 24/7 roadside assistance.

A massive amount of trust in the platform is needed for this system to work where transactions average $50 on a $30,000 car[7]. Its algorithms will screen a person’s profile within a minute to see if the platform trusts them to rent a vehicle out to. They also partnered with Berkshire Hathaway to provide insurance up to $1,000,000 for every trip, so the owner’s insurance is never hit[5].

Getaround faces competition from the OEMs who are offering their own ride sharing models and direct competitors like Turo. GM is launching its own ride sharing model and has partnered with Lyft and acquired Cruise. Tesla envisions a future network where owners can rent their vehicles on-demand when not in use. To combat this competition, Getaround has partnered with Ford and Toyota which allow people to help finance new cars by renting it out on Getaround[7]. Toyota will also offer vehicles, beginning with premium Lexus cars, for rental on Getaround.

Near term, Getaround biggest challenges will be user adoption and network scale, which go hand-in-hand. They should continue to partner with OEMs to increase network availability to drive user adoption. As users become more comfortable with the model and switch from traditional rental, car owners will feel more comfortable with the idea of renting, similar to the traction Airbnb experienced. Getaround could also look into partnering with governments for public infrastructure: utilization of existing assets is low-hanging fruit for increasing capacity when public funds are constrained.

Longer term, the biggest barriers are trust and safety. Getaround has addressed some of this through its technology, insurance, and monitoring, but the sharing economy will need a thoughtful, systematic crisis management strategy in order to grow. 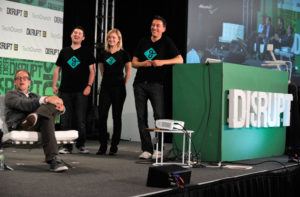 The evolution of Singapore’s Changi Airport