The retail industry is undergoing a major transformation[2] – with the pervasiveness of the internet and the advent of the omni-channel shopper. In this new world of retail, consumers are more empowered than ever before. In addition the advent of IoT is disrupting tradition distribution models for retailers [3].  Amazon has adapted extremely well to this new world of retail with several innovations while staying true to its basic value proposition of price and convenience. The greatest threat to Amazon’s position is from Walmart which recently purchased Jet.com – dubbed a potential “Amazon killer” by FT[4] and is investing heavily in technology[5].  Let us look at some digital initiatives by Amazon. 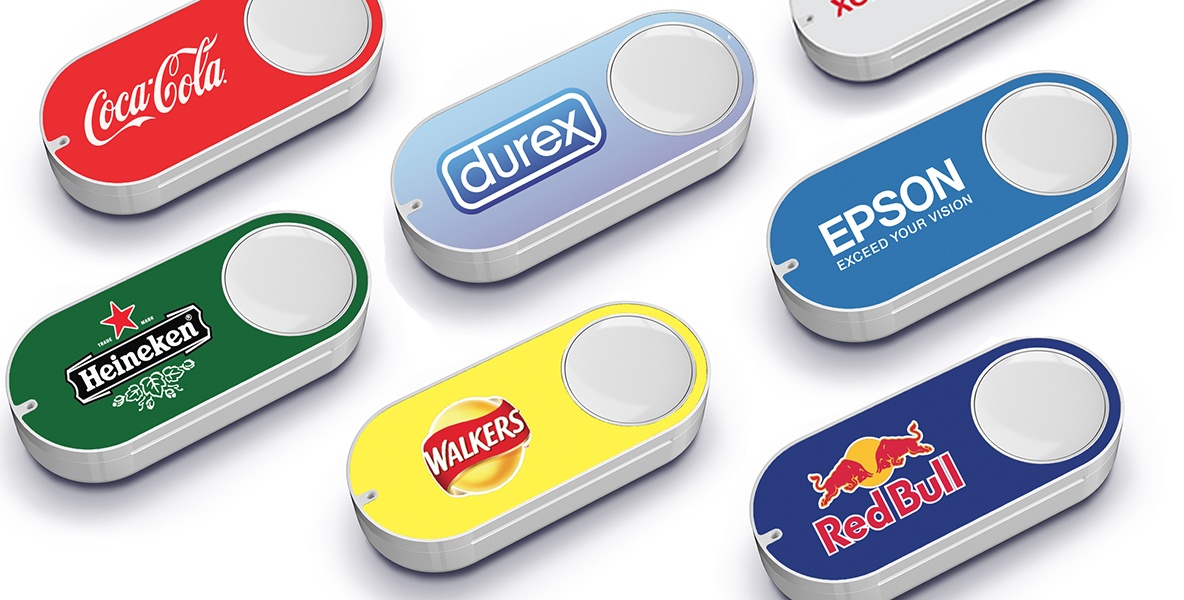 The basic concept behind dash is to leverage technology to make the process of ordering more convenient – and inherently linked to Amazon. The simpler variant of this system is the dash button – which can be programmed to order specific purchases at the click of a button. This is most popular with consumables like detergents and the like. The more ambitious part of the program is the Dash Replenishment Service, which allows manufacturers to add auto-detection capabilities to their IoT devices to reorder supplies from Amazon when necessary – “like a Whirlpool washing machine that orders laundry detergent before your last load.”

Perhaps the more interesting response of Amazon to the digitization challenge has been the creation of the Alexa digital assistant platform and accompanying devices like the Echo. The goal with this platform is to become the centerpiece of the IoT smart home. Amazon has opened up this Alexa platform to developers so they can build features for their devices that integrate with the platform[7]. It currently is used with lights, switches, thermostats and other daily appliances but the future is not far where this could be centerpiece of your digital life. Ford recently announced that it would integrate Alexa into its cars [8] – so one can start your car using the Alexa platform. In fact Steve Wozniak thinks Amazon’s Echo is the next big platform[9] . With Alexa is that Amazon is making the bet that if they are at the centerpiece of your IoT experience they can sell more products to you! 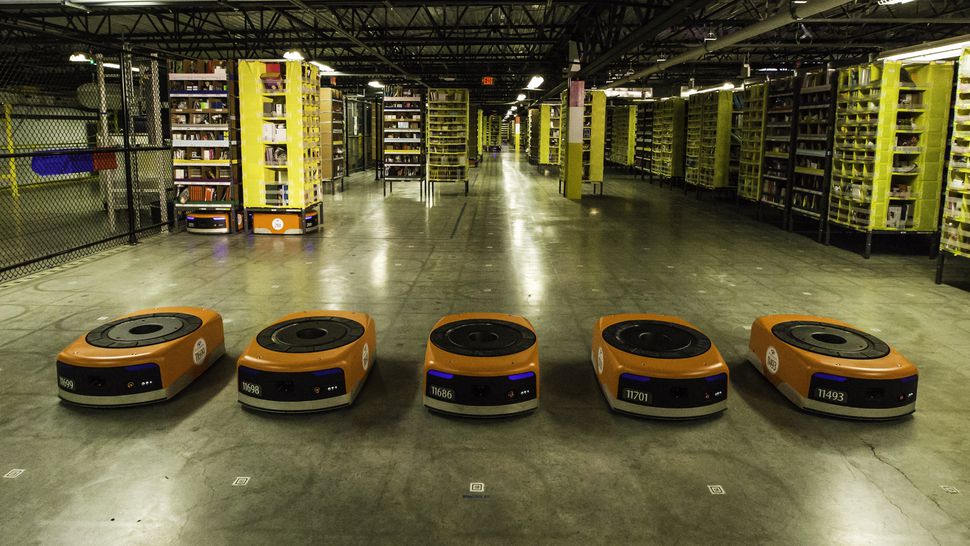 The digital revolution has also fundamentally altered the fulfillment process for Amazon – at the heart of the entire process the distribution center. Today, Amazon has over 30,000 autonomous Kiva robots that travel through 13 distribution centers and pickup items for delivery[10]. The robots are controlled by a centralized computer using a Wifi Network. An interesting anecdote is that each each robot is given a different name by an Amazon employee so they view the robots as peers. 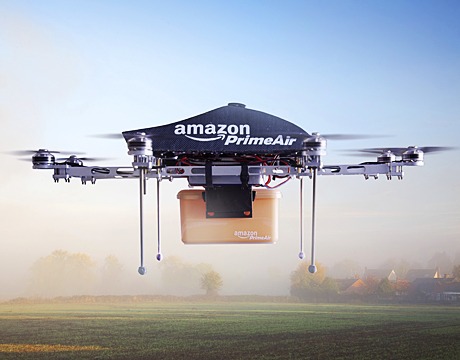 The most glamorous part of Amazon’s IoT strategy it the promise of Amazon Prime Air where Amazon promises deliveries in under 30 minutes with the use of IoT drones. Amazon does acknowledge that this service is some distance away in the future given the regulatory challenges – but I believe the purpose of this program is to capture customer imagination and be seen as a leader in the IoT field.

I believe the key to the success of these initiatives by Amazon is that the focus has always been on how each device affects the overall customer experience vs a cool device itself. In order to continue to lead in the market I suggest the following steps for amazon.

Heavily subsidize Alexa so that it become the customer platform of choice:

The Amazon Echo – the preferred device for the Alexa platform currently costs $180 and has sold only 3 million units. I would advocate that the Echo price is substantially dropped or even more radically offered for a token price to all the approximately 60 million Amazon Prime households. The reason I advocate this move is that Alexa could become the centerpiece of the IoT environment and then other IoT manufacturers would have to collaborate with amazon.

Continue to stay at the cutting edge of logistics:

In 2016, Amazon spent nearly $5 billion on shipping costs[14] and is pursuing various initiatives to reduce those costs. I would suggest that Amazon keep investing in digital infrastructure as in the case of Kiva to ensure they are able to keep reducing those costs.

I look forward to hearing your perspectives on how Amazon is dealing with the challenge of digital disruption.

Foodora – A digital revolution of the food delivery industry