“We’ve had 80 years of linear TV, and it’s been amazing…and in its day, the fax machine was amazing. The next 20 years will be this transformation from linear TV to Internet TV. [Netflix and HBO] will be like the Yankees and the Red Sox. I predict HBO will do the best creative work of their lives in the next 10 years because they are on war footing.”

HBO has long marketed itself using the slogan “it’s not TV. It’s HBO.” Although maybe slightly exaggerated, no other network has the credentials to back it up quite like HBO, offering consumers a wealth of content that is unmatched – movies (releases from three of the top six Hollywood studios), original series (the most Emmy nominations for 16 straight years1), as well as a plethora of other award-winning programming (e.g., documentaries). 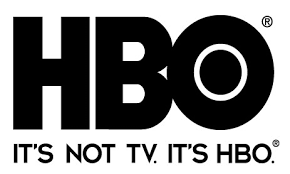 This content advantage has differentiated HBO not only in terms of the value it created for consumers, but also with the value it has captured from them – in 2015, it generated $5.6B in revenues and $1.9B in operating income2.  However, despite this, HBO was still just “TV” to most consumers – operating within the traditional Pay-TV ecosystem, requiring consumers to pay for an expensive bundle of channels to access its content.

HBO has traditionally retailed as a “premium” network – meaning consumers must pay an additional monthly fee (between $10 – $20) on top of what they pay their Pay-TV provider (e.g., Comcast) for a basic package of channels.  As such, HBO generates most of its revenue through “affiliate pacts” with each provider.  While each of these “pacts” is structured slightly differently, the fundamental operating model behind them is the same.  HBO packages a library of content and passes it onto providers in different forms (e.g., channels), who then re-package it within their systems and deliver to consumers.

Historically, this model has been wildly successful for both HBO and providers.  HBO focuses on what it does best – great content – leaving many key operations, such as CRM (e.g., customer service) and technology to providers.  Providers invest heavily in infrastructure to service homes, keeping competitors out, and own the relationship with consumers – leaving them with no other way to access HBO’s content.  However, left out of this successful relationship was consumers.  They were trapped within the ecosystem.  But if they wanted access to quality programming, like HBO, what other option was there?

As access proliferated and speeds improved, new “over-the-top” streaming services emerged, offering consumers access to quality content through more convenient access methods (e.g., smartphone).  Pay-TV bills continued to rise and quality improved on streaming services, prompting many consumers to “cut the cord” in favor of these new offerings.  In 2016, only 82% of households subscribed to Pay-TV services, down from a high of 87% in 20053.

Sensing a tremendous opportunity, Netflix went on a full-blitz to disrupt the Pay-TV ecosystem. Netflix Chief Content Officer, Ted Sarandos, even went as far to say –

Netflix has spent billions annually to add content to its service – both licensing and developing original content – and consumers have responded.  As of Q3 2016, Netflix is on pace for over $8B in revenues from 49M domestic subscribers – more than any cable and premium network5.

Taking note of Netflix’s incredible scale, and feeling the heat themselves, HBO was faced with a burning dilemma – how should it adapt its operating model to continue to create and capture value in this evolving TV landscape?  On one hand, Netflix would continue to pose a serious threat, and demonstrated the growth that exists outside the traditional ecosystem.  But HBO’s current model was extremely lucrative.  How would Pay-TV providers, who generate virtually all of HBO’s revenues, react to a move that bypasses them? No other network had taken that risk.

In 2014, HBO decided the risk was worth the reward and set out to develop its own “over-the-top” offering to consumers.  However, rather than develop the in-house capabilities it had always relied on providers for, which would have taken an estimated three years and cost upwards of $900M, HBO found new partners (MLB Advanced Media, Apple) to do the heavy lifting for them6.

This allowed HBO to get to market in under a year, and in 2015, the company unveiled HBO NOW – a standalone version of the network giving users access to its complete library of content without requiring a Pay-TV subscription.  With NOW, HBO further differentiated itself within the TV industry by creating a new type of value for consumers – through access, convenience and price rather than strictly content.  To date, NOW has captured almost 1M additional subscribers and many other networks have quickly followed7. 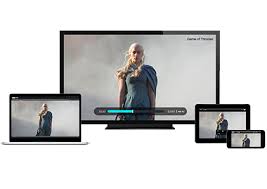 Moving forward, I hope HBO continues to push the envelope in creating new value for consumers – beyond NOW, within the traditional ecosystem.  Shifts in behavior have signaled that the days of traditional Pay-TV are not necessarily over, but they are changing rapidly.  HBO’s content advantage positions it to be a driving force behind this change.  Consumers want more choice in how they receive content, and it’s up to networks and providers to deliver – or they will continue to face threats to their existence.

Can Magazines Survive the Internet?