Magic: the Gathering (also known as Magic or MTG) is a collectible card game launched in physical form in 1993. It features fantastical monsters, mages and spells placing players in the position of powerful “planeswalkers”. Players may summon these creatures and utilize powerful spells to do battle with one or more opponents – the last player alive declared the winner. Games often (d)evolve into highly technical primarily deterministic displays of logic and strategy, akin to that of chess – with significant experience holding a key advantage for those with many games under their belt [1]. Magic is a game dear to my heart – I’ve been playing on and off for about 15 years. It helped me form my original group of close friends in grade school – the vast majority of which I’m still close with to this day, as well as sparked my love for the space opera, logic, and games of all kinds.

From paper to digital

Three main strategic initiatives have pushed Magic from the realm of the physical to that of digital and beyond: The introduction of Magic: the Gathering Online, the creation of numerous videogames, and the current undertaking of a magic the gathering film.

In June 2002 Magic: the Gathering creator Wizards of the Coast, initially in conjunction with Leaping Lizard Software, launched Magic: the Gathering Online (also known as MTGO) [2]. This enabled players to collect cards online and play the game with those anywhere in the world (with access to a PC). By 2007, it is estimated that over 300,000 registered accounts existed for MTGO, with a Magic executive stating that “[Magic Online] is worth somewhere between 30% to 50% of the total Magic business [3].”

Additionally Magic has delved into the creation of myriad video games – which while drawing from Magic: the Gathering’s rich history, diverse character set, and underlying game characteristics is significantly disparate from MTGO. Think about combinations of role playing games and key MTG scenarios. Games have been released since 1997 to varied reception – some receiving critical acclaim with many others under a plethora of criticism [4]. 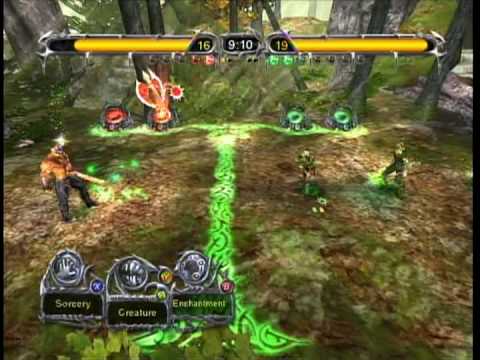 Finally, Magic creator Wizards of the Coast is currently undertaking the production of a fantastical Magic: the Gathering film sure to be inundated with special effects et al [5].

An eye towards the future

Even with Magic’s growing user base (20M+), expanding product set, and growing geographical presence, there are two main ways in which Wizards of the Coast may take further advantage of the digital medium in order to buttress their market position and benefit their consumers. They may increase resources in support of MTGO as well as augment their position in the online gaming community as a whole.

I do not believe that adequate resources are currently spent on MTGO. The platform itself is no marvel and even today in 2016 still only functions on Windows while a significant subset of the player base operates on MAC and Linux. Moreover, the lackluster interface combined with the inability to play on all operating systems has led to the development of ‘offshoots’ such as Apprentice, Magic Workstation, and Cockatrice – most of which are unsupported by Wizards. By placing more emphasis on MTGO Wizards ought to be able to augment their platform beyond many of the imitators and completely control this market as they own the underlying resources and player relationships.

Secondly Wizards must truly understand the opportunity that is presented by online magic. Beyond a growing proportion of their overall player base (i.e., online players to physical players), the world as a whole is shifting towards online media, with online gaming much of its backbone. The viewing of others playing online games – known as esports – is particularly large, with strategy games an especially high growth segment [6]. Games such as Hearthstone and League of Legends (the former an online card game) are among the most popular esports – and even Magic: the Gathering – without any intention or resources behind it – has become a popular spectator sport. Magic can capitalize upon this with esports and online viewership offering significant engagement and acquisition opportunities [7]. The number one way new players today are indoctrinated is through friends who play – whereas watching online may remove the friction associated with needing to ‘learn as you go’ and buying physical or electronic cards to get started.

While Wizards of the Coast has realized that its player base desires online capabilities, it has been slow to move and has been riding on the coattails of the success of its physical game. By placing an emphasis upon online as the future of the business, they ought to be able to better run MTGO and catapult Magic to the position of a top spectator esport.

Student comments on From physical to digital – Magic: the Gathering