“We can’t continue to allow China to rape our country, and that’s what they’re doing” [1], according to Donald Trump, a prominent but by no means isolated proponent of protectionist trade policies. After decades of rapid post-war growth in international trade, a populist backlash threatens the global status quo and raises big questions for many businesses.

Perhaps no company fits the central casting stereotype of “evil Chinese corporation” as well as Foxconna, with its city-sized factories in cities such as Shenzhen where barracks, assembly lines, and suicide nets constitute the daily routine for hundreds of thousands of laborers producing electronics components [2]. Much of Foxconn’s production is ultimately for export to developing countries including the U.S.; Apple accounts for roughly half of Foxconn revenues, and companies such as Dell, HP, and Google rank as important customers [3]. 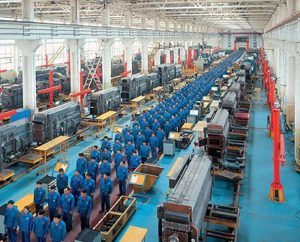 Thus, the ability to export from China to the U.S. and elsewhere is the lifeblood of the Foxconn model. But as President Trump’s bellicose rhetoric suggests, this is less stable footing than in years past. Foxconn’s heavily China-concentrated manufacturing poses a risk in the current political environment, particularly considering the “hidden bounty of perks, tax breaks and subsidies” received from the Chinese government [4]. Single-digit gross margins [5] and significant customer concentration exacerbate the issue, as a punitive tariff could force the firm to either absorb losses or lose volume to other suppliers with different manufacturing exposure.

Foxconn, while perhaps evil, is also savvy and so has been working to get ahead of the problem. The company has diversified its footprint to include countries in Eastern Europe, Southeast Asia, and Latin America, though has faced growing pains throughout; Foxconn has been accused of massively under-delivering on expansion plans in Brazil and the U.S. and “is frequently plagued by labor disputes” over pay and other issues that are largely absent in China [6]. Most recent, and dramatic, was a recent decision to invest $10bn to construct a manufacturing facility in the United States; Wisconsin was selected over six other states in part by offering up to $3bn of tax incentives [7].

Automation also forms a key part of Foxconn’s strategy and should enable more production outside of China by decreasing labor requirements, thus mitigating the impact of higher wages and pickier workers outside of China. Executive Dai Jia-Peng describes a three-step journey to a future in which hardly any workers are required to supplement the efforts of robotic “Foxbots”; recent progress includes laying off 60,000 Chinese workers at one facility [8].

One important complication in the push to expand outside of China is the lack of supply chain infrastructure to provide necessary inputs and distribution; plans for a $1bn plant in Jakarta, Indonesia collapsed in part for this reason [9]. Trade expert Gary Gereffi, noting that “getting outside of China… is like jumping over any potential tariff wall” [10], explains that China benefits from its manufacturing clusters and tight integration with the East Asian manufacturing ecosystem. Constellations of “supply chain cities” that combine to form regional manufacturing clusters provide a level of operational efficiency that is impossible to replicate elsewhere in the short run, adding costs to international expansion [11].

Geographic diversification and automation will help to mitigate the impact of protectionist trade policies, but Foxconn still faces serious risks in the U.S. Complementary approaches for dealing with the threat in the U.S. could include:

All of this is no easy task for a company whose core competency is the low-cost contract manufacture of electronic components at massive scale, especially given razor-thin margins that leave little room for error. How can Foxconn effectively balance efficiency and flexibility to become nimbler while protecting themselves from low-cost entrants willing to produce solely in China and ignore the political risk? Is it a mistake to allocate capital for the long-term to address what could be a passing protectionist movement? How important is public perception in developed countries such as the U.S.? The way Foxconn answers these and other trade-related questions could well determine the success of the business over the next decade.

Will Brexit spring a leak in AstraZeneca’s talent pool?