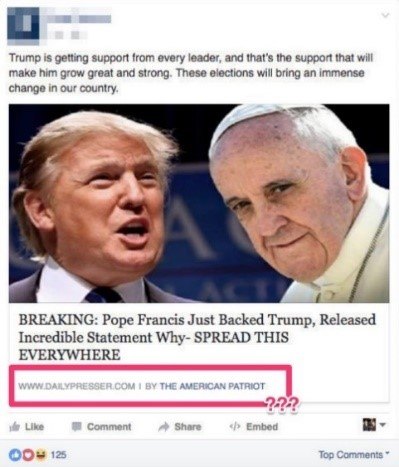 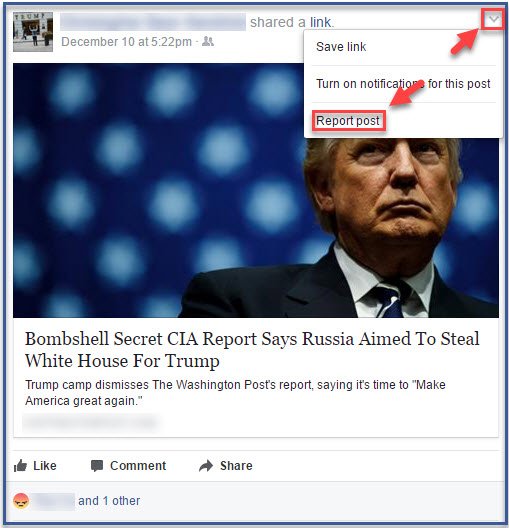 In late 2016, Mark Zuckerberg, founder and CEO of Facebook, found himself in an unenviable spotlight. The election of Donald Trump set off national outrage, and many credited Trump’s shocking victory to fake news stories on Facebook. Zuckerberg’s response: “Personally, I think the idea that fake news on Facebook ― of which it’s a small amount of content ― influenced the election in any way is a pretty crazy idea.”

We live in a much more digitally-driven world than we did even a decade ago, in large part due to the advent of social media, and that has had a significant influence on how people consume day-to-day news. The average American spends a total of 5 years and 4 months on social media in a lifetime – 1 year and 7 months of that on Facebook. [1] 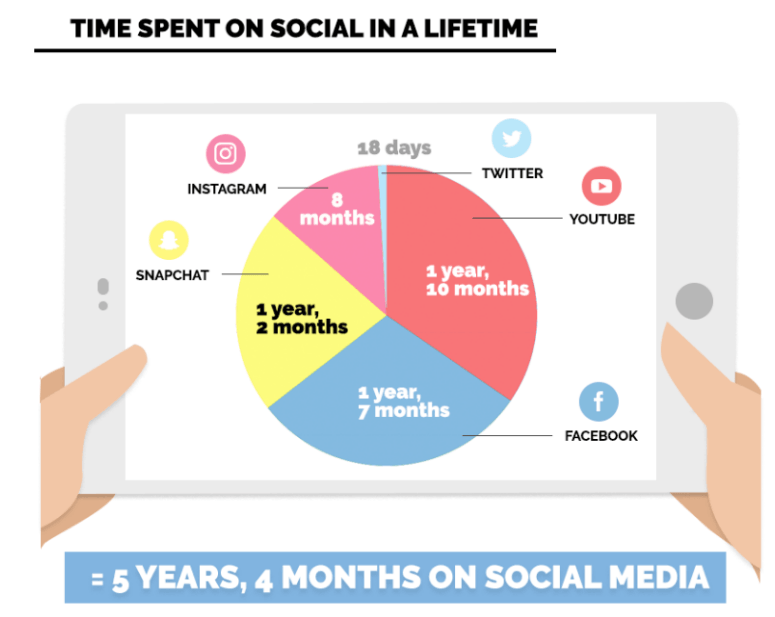 Since 2016, Zuckerberg has changed his tone. “Calling that [idea] crazy was dismissive and I regret it,” he wrote in a September 2017 Facebook post. “This is too important an issue to be dismissive.” [2] With 2.3 billion monthly active users, Facebook is the largest social network in the world. [3] Facebook has been a part of many controversies, ranging from data protection issues to various instances of terrorist propaganda, but the proliferation of fake news has attracted a considerable amount negative media attention for Facebook recently.

“We’re getting rid of the financial incentives for spammers to create fake news, much of which are economically motivated. We stop pages that repeatedly spread false information from buying ads. And we also used AI to prevent fake accounts that generate a lot of the problematic content from ever being created in the first place.” [4] Facebook’s fact-checking project debuted last spring now covers 14 countries and is using machine-learning technology to remove fake news stories that have been duplicated and spread to its users. [5]

But is machine learning enough to stop the spread of fake news?

Yann LeCun, Facebook’s chief AI scientist thinks not: “AI is part of the answer, but only part.” According to LeCun, machine learning software is “fairly effective at blocking extremist videos, flagging potential hate speech and identifying fake accounts. But, when it comes to issues such as fake news, systems still cannot understand enough context to be effective.” [6]

Jim Kleban, a Facebook product manager tasked with fighting misinformation at Facebook, claims, “For the foreseeable future, all these systems will require hybrid solutions.” Machine learning isn’t equipped to evaluate statements for truthfulness yet but can create flags for human fact-checkers. Currently, AI systems skim through millions of shared links to flag suspicious content. Content deemed to be false by fact-checkers is subsequently placed lower in users’ news feeds, which reduces future views of that content by 80%, according to Kleban. [7]

Facebook COO Sheryl Sandberg explains, “We don’t think we can or should be the arbiters of the truth, but we know people want the truth, and it’s really third parties we rely on to do that.” [8] For example, Facebook has recently partnered with the Associated Press, Factcheck.org and PolitiFact to fight fake news – all with AI-driven approaches. [5]

Facebook has also turned to acquiring AI startups that have already been addressing these issues, including its most recent acquisition of London-based Bloomsbury AI in July 2018. Facebook says Bloomsbury AI “will help us further understand natural language and its applications.” [9]

Forming partnerships and making acquisitions seem to be the most effective strategy for Facebook, especially since this approach can be implemented and turned on quickly, which makes sense given how rapidly fake news has and continues to spread. This approach of looking outward for help should continue to help fight fake news, assuming Facebook continues down this path. However, we know that AI is not the sole solution to this problem and this issue will take time to resolve.

In the meantime, Facebook would benefit from presenting a more accountable and united front. Facebook has done a better job of reacting to instances of fake news but has made less of an effort to be proactive by bringing awareness to the issue, instead seemingly trying to shield it from view. After all, Facebook is not the only victim of fake news – Twitter and Google’s YouTube are facing the same issues – and it might benefit them to form partnerships with these other social media platforms struggling with the same issues.

But the crucial questions remain: If machine learning is only one aspect of the solution, what else can Facebook be doing to address this widespread issue? And how can Facebook better manage expectations until this has been resolved?

Student comments on Facebook, Fake News, and AI: Yet Another “HUGE” Problem in the Digital Era