Does climate change exist and should we worry about it? The question that crossed the minds of many executives at ExxonMobil. From 1998 to 2008, the company’s scientists were convinced that climate change did not have negative consequences on society[1]. During that time, there were two opposing school of thoughts on the reliability of scientific data that suggested climate change was negatively impacting the world.

But why would climate change matter to ExxonMobil? Because ExxonMobil has built an extremely profitable company from extracting and refining crude oil. 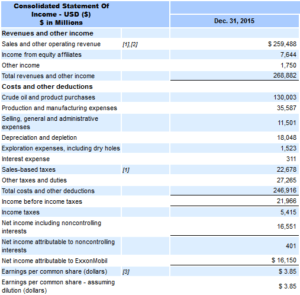 Now fast forward to 2016, ExxonMobil’s CEO has publicly admitted to the negative effects of climate change [11].

But again, why should ExxonMobil care about the impact of climate change? To answer this question, we must further investigate the current business model of ExxonMobil. 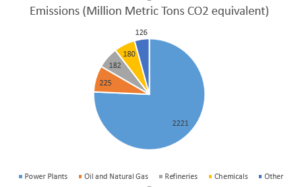 ExxonMobil as a corporation has been responsible for 4.7% to 5.3% of humanity’s industrial greenhouse gas emissions since 1882[4]. Considering the new greenhouse regulations, such as the Environmental Protection Agency (EPA) new standards, that are aiming to reduce global greenhouse gas emissions, ExxonMobil must re-examine its current operating model and consider removing the company’s dependency on crude oil[5]. Moreover, as an employee of an ExxonMobil Chemicals plant, I learned about the multiple fines that were imposed on the company for exceeding its daily allowable emission of greenhouse gases. To try to prevent the fines, management was constantly considering new ways to reduce the amount of emissions. The company built new units that recovered gases that would historically be emitted into the atmosphere. Since these new units do not improve throughput or machine utilization, the cost is completely associated with continued operations and will decrease the company’s margins. Also, with the continued increase of regulations, similar expenditures are expected to be implemented throughout every division of the corporation.

Acknowledging the need to move in a new direction, the company has taken the following steps:

Challenges of Changing the Business 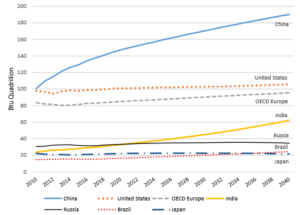 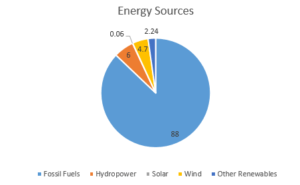 So, what should the company do? The answer lies on the balance sheet. ExxonMobil has $3.705 Billion of cash, so ExxonMobil should acquire a renewable energy company or build an in-house renewable energy division[10]. Diversifying into renewable technology not only allows ExxonMobil to reduce greenhouse emission, but it also makes financial sense to invest into renewable technology. By 2020, some experts predict solar will be the cheapest electricity on the planet and will become a competitive alternative to fossil fuels[8]. Additionally, with the additions of stringent industry regulations for the oil industry and tax incentives for renewable energy, the margins in the renewable energy industry will continue to increase while the margins for the oil industry will continue to decrease. 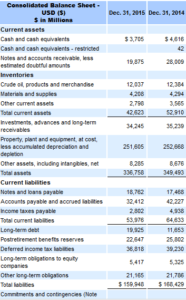 Ship Happens! How the U.S. Navy is adapting to and fighting climate change.

Student comments on ExxonMobil: Why consider renewables if my business is already profitable?