DONG Energy, founded in 2006, is one of the leading energy groups in Northern Europe. The company has four business units: (1) wind power, (2) bioenergy & thermal power, (3) oil & gas and (4) distribution & customer solutions. The company is listed in 2016 on the Copenhagen Stock Exchange with a current market capitalization of $16.0bn. Major shareholders include the Danish Government (59%) and Goldman Sachs (18%). 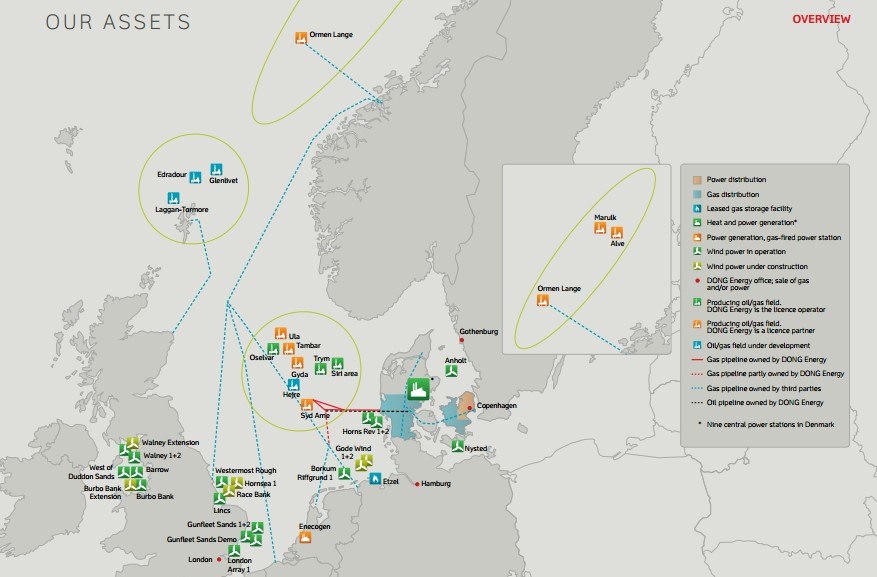 Established through the merger of 6 leading Danish companies, DONG Energy’s original existence can be traced back to 1857. Until 2006, the company was primarily engaged in producing and distributing power and energy through traditional energy sources. Driven by the heightened awareness of climate change, DONG Energy joined the UN Global Compact, supporting its ten principles on human rights, labor rights, environment and anti-corruption. As a leading energy company, it focused specifically on resources preservation and environmental sustainability.

Since 2008, the company pivoted itself strategically by entering into the wind power industry. To date, the company has installed 17 offshore wind farms with a total capacity of 3.0GW, with another 3.3GW capacity in the pipeline in Germany and UK. It currently represents 25% of the global offshore wind capacity.

As of 2015, the company recorded $2.4bn revenue and $0.9bn EBITDA from the wind farm operations, representing 20% and 34% of the company’s total revenue and EBITDA respectively. 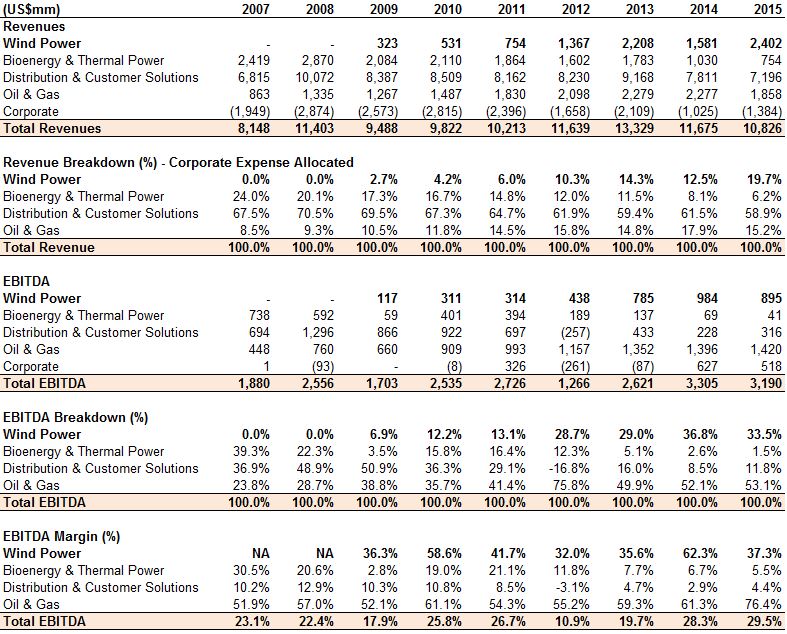 DONG Energy has identified 12 sustainability issues in 2015, of which both “cost of the green transformation” and “climate change” are ranked as most important to both stakeholders and DONG Energy.

On the climate change issue, stakeholders (i.e. NGOs, politicians and investors) focused extensively on the recent COP21 framework and increased expectations for companies to reduce their CO2 emissions. For DONG Energy, significant reduction of its CO2 footprints strengthens the company’s position in the green energy technology space, which in turn attracts competences and capital to the company’s business.

On the cost of green transformation issue, stakeholders, including politicians, industry associations and customers, focused primarily on the cost reduction of green energy, especially for offshore wind power which currently requires heavy government subsidy. For DONG Energy, it is also important to continue focus on technology improvement and long-term project economics without government subsidies. 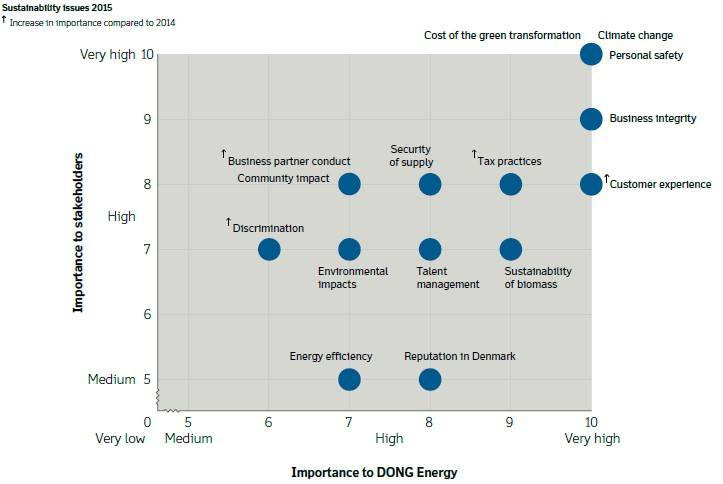 As the company shifts its business from traditional energy supply to renewable energy, the company successful managed to reduce CO2 emission from 638gCO2/KWh in 2006 to 334gCO2/KWh in 2015, or 48% decrease, which in aggregate equals to the removal of carbon emission from 7mm cars in a year. The decrease is mostly driven by the construction of offshore wind farms and conversion of its power station to use sustainable biomass.

During the same time, renewable energy in the company’s power and heat generation portfolio increased from 15% to 55%. 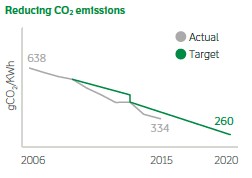 With its dedicated focus on lowering carbon emission, DONG Energy itself managed to account for 56% of the total CO2 reduction of Denmark from 2006 to 2014. 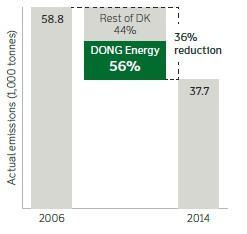 Despite the success in developing windfarms, the company still needs to address the issue related to project economics. Although the price of offshore wind power is in decline (32% from 2011 to 2015), over 40% of it is government subsidy. In fact, the company success in offshore wind could largely be attributed to the generous renewable energy subsidy schemes of Northern European countries. 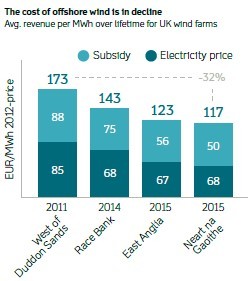 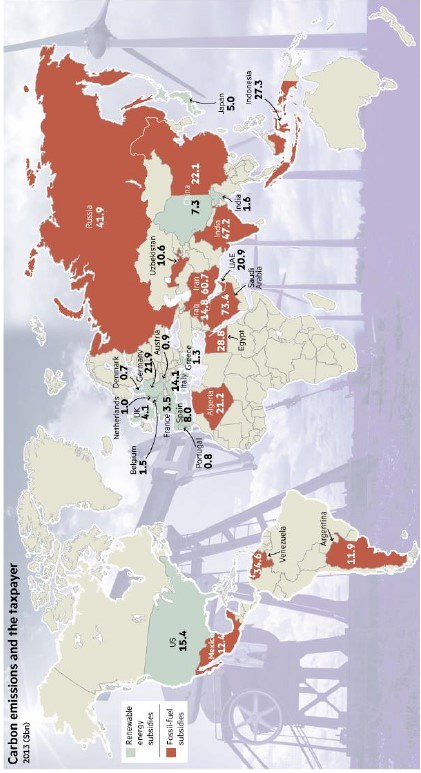 DONG Energy has adopted a long-term strategy of converting its energy supply to 100% eventually, through replacing traditional gas-fired power plants gradually by offshore windfarms. The company targets to have 6.5GW of installed capacity for offshore windfarm, representing 2.2x increase from current capacity, and enough to provide over 16mm Europeans with green power. To achieve that, the company identified that “green must be cheaper than black”, or that the projects must be able to generate sustainable returns without government subsidy and beat traditional fossil fuel on price. Going forward, the company would need to focus on the following areas to achieve their 2020 goal:

Cenosillicaphobia (Fear of an empty beer glass) is REAL!

Is climate change a silver bullet or pot of gold for Monsanto?