Ross Ulbricht’s company, Silk Road was the world’s most successful cryptomarket, bringing digital transformation to disrupt the traditional illicit drugs operating model.  Illicit drugs have traditionally been supplied on various models mainly centered on some sort of grower, producer, distributor, dealer supply chain.  Silk Road seeks to eliminate the dealer by allowing distributors to go direct to consumers.  In order to avoid government prosecution, Silk Road is built on two main technologies, Tor and Bitcoin. Tor, the onion router, allows users to access a part of the internet referred to as the ‘dark web’ and to operate there anonymously by moving traffic through thousands of relays worldwide.  Bitcoin is a digital currency, which brings anonymous payments to the Silk Road cryptomarket.  With these two technologies, Silk Road created a truly anonymous marketplace where suppliers could sell anything they wanted without risk of government prosecution.[1]

Silk Road combined these tools of digital anonymity with an escrow system in order to create trust in the seemingly untrustworthy world of illicit drugs.  Silk Road would hold buyer’s money until they have received their product and then transfer the money to the supplier taking a commission from the sale.  Silk Road also employed a rating system in order to build trust between buyers and suppliers.  This model was hugely effective and provided all of the traditional benefits of online shopping (convenience, price, variety) with the added benefit of decreasing one’s chances of being injured or killed in a drug dealing related crime.  This led to huge success with over $1.2 billion in sales and $80 million in yearly commission[2] before Ross Ulbricht was arrested in 2013 and jailed for life and the website was shutdown.  Silk Road was a substantial portion of the illicit drug market, with a 65% brand recognition and 18% use rate among American drug users.[3] 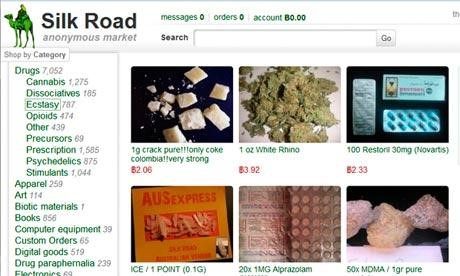 Suggestions for the Future

Since the demise of Silk Road, multiple successor websites have popped up, colloquially known as Silk Road 2.0 and 3.0 who operate on largely the same principles.  In order to operate better in the future, these websites should move their operations out of the reach of authorities.  A few possible solutions would be to move to a country without drug laws or onto the high seas, possible operating in a pressure resistant container deep underwater where arrest would be impractical and attack immoral. This operational improvement, to try and move beyond the range of American justice would do much to increase the longevity of these cryptomarkets.

Another key issue which led to the downfall of Ross Ulbricht, who went by the moniker Dread Pirate Roberts, the nom de guerre of a character in the iconic 80s movie, The Princess Bride, was Ulbricht’s alleged propensity to act like an old-world drug kingpin.  According to the FBI, Ulbricht “soliciting six murders-for-hire in connection with operating the site, although there is no evidence that these murders were actually carried out.”[4]  Perhaps, Ulbricht fell into the common drug dealing trap of getting high off his own supply, a form of narcotic hubris. Future cryptomarket operators would be keen to remain personally divested from the organization, solely offering a marketplace and not seeking to control or in any way involve themselves with the content sold.

From Shooting to Hacking

So long as there are governments black markets will exist.  Governments by their very nature mandate materials and substances which cannot be purchased on an open market.  With the advent of the internet, such markets will increasingly be online though this will never supplant their offline counterparts.  The constant battle between security and privacy taking place on the internet will lead to swings where illicit markets wane and then wax but never falter.  By no means is this a net negative.  In fact, cryptomarkets may provide a net good for the world as they replace much of the violence associated with drug dealing.  Since governments fail to either entirely control and ban or to regulate and allow for the sale of illicit items, online black markets will pick up the slack.  Luckily in the online world, violence is moved far from the end user and vendor rating systems decrease the likelihood of laced drugs leading to health complications.

Student comments on Distrupting Your High