We have all grown up to finding comfort in Disney’s magical animations on television, comics, books, cinema and its theme parks. Started in 1923, Disney is one of the largest kids and family entertainers of all time that needs no introduction. But what is entertainment for millennials today? They are living in a multi-screen multi-tasking world with short attention spans.

What does the digital age mean for Disney:

Media consumption habits are definitely changing. With 3D, Augmented Reality and Virtual reality, the consumer today is looking for more digitally immersive experiences. In this time of meteoric change, it is interesting to see how Disney is transforming its business and operational strategy to create ‘magic’.

Disney has embraced technological innovation into its overall strategy. It is using digital to engage, entertain and interact with consumers every day across its theme parks, studio entertainment, interactive media platforms and physical store. 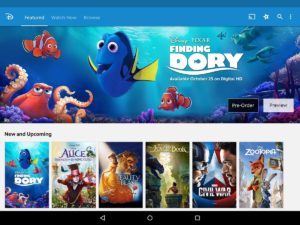 Disney has launched various initiatives to make its content more accessible. It transformed its business model from comics and books into eBooks and apps with disneystorycentral.com and the story time mobile app. (5) The media giant also launched ‘disney movies anywhere’ which allows users to purchase content online and stream it. (6) The online platform also allows you to earn points for every purchase that you can redeem for Disney experiences and merchandise.

To revolutionize their sports content business, Disney recently announced it would pay $1 billion for a one-third stake in technology and streaming business BAMTech and launch a new web-based ESPN service later this year [7]. The company also said networks including ESPN and the Disney Channel will be part of a new online video service planned by AT&T Inc.’s DirecTV division.

Transforming its theme parks into the land of future and fantasy: 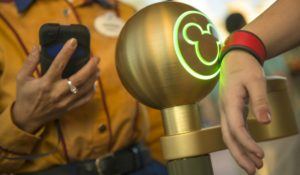 The magic kingdom inside a magic band – Disney integrated its theme parks with an online platform – MyMagicPlus. An app that helps you explore Disney, track everything  – your movement inside the park, ride reservations, table booking, resort bookings, all of this with the help of an RFID tagged magic wrist band. (8)

Disney has invested over a billion dollars in its MyMagic+ technology initiative. This didn’t just help Disney deliver a seamless experience but also gather data and insights on consumer preferences, where they shopped, what they shopped, when they travelled, peak times, all of this that helped it prepare itself operationally as well. The results have been encouraging. The parks have been able to accommodate 3,000 additional daily visitors during the Christmas holiday season by effectively managing advance reservations for rides that are in high demand. Over 90% of visitors rated the band as excellent or very.(9)

Bringing about such transformative change is always met with resistance and doubt in the workforce. Disney didn’t just embrace digital storytelling for its consumer but also for its employees. Disney crafted relevant and meaningful messages for employees to apprise them and excite them about the changing world and its imperatives for Disney’s business model. It initiated Ted talk like formats to convey knowledge to its employees when and how they need it, unlike 4 years back when employee training was more classroom style. (9)

Co-creation – a step into the future:

Disney has understood that consumers today don’t just want to be talked to ; they want to be a part of the brand and its journey. Disney established Disney Accelerator, which is enabling new age technology innovators to turn their new media dreams into reality. (10)

Disney’s diversified initiatives across its businesses and operations have proved that a complete digital transformation is not just meddling with new technologies but rather digital needs to be at the core of an organization’s thinking.