Movie theater ticket sales in the United States and Canada have decreased by 16% in the last 15 years despite steady population growth in both countries (Exhibit 1). This decline in admissions has been partially offset by the rise in average ticket prices primarily due to premium large format screens (IMAX, Dolby, etc.) and premium seating (recliner seats at newly renovated theaters). However, movie studios are becoming increasingly concerned with the trends and are looking for new ways of increasing revenues [1].

Premium Video-on-Demand (“PVOD”) has become the vessel by which movie studios can capture a greater percentage of the sales generated by the movies they produce and attract new customers who hate going to movie theaters because of the hassle, but who forget to purchase the films 3 to 6 months later when they are finally released for home-viewing purchase. With PVOD, consumers would pay $30 to $50 per movie to see new releases at home that they would have normally needed to for wait months [3]. Currently, ticket sales are shared approximately 50-50 between the movie studios and theaters. Therefore, delivering content via the internet could create a new revenue-sharing structure that is more favorable to the studios.

AMC Theatres (“AMC”), being the largest movie theater company in the world (Exhibits 2 and 3) with leading market share in North America and Europe, could see its box office receipts plummet if consumers know that they can watch new movie releases at home only weeks after its release and decide to wait it out [1][4][5]. This potential new content delivery system creates an entirely new path for distribution that could cut out movie theaters entirely. Correctly managing this future transition will be crucial to the firm’s survival and the survival of the movie theater industry.

Fortunately, AMC’s management has been actively taking steps to address the possibility of PVOD, from engaging in negotiations with movie studios on the specifics of PVOD to developing movie streaming and download capabilities via its own website [6]. As the market leader in North America and Europe, AMC has significant leverage to negotiate a favorable and profitable arrangement with the major studios in the near term.

Additionally, management continues to build on the AMC brand and tries to package the movie-going experience as a differentiated entertainment option rather than a mere commodity. To this end, AMC has been rapidly expanding premium large format screens with IMAX and Dolby, and renovating existing theaters to add premium recliner seating. Food and beverage options at many theaters have been scaled up to include restaurant-quality meal options and full-service bars with items delivered to the costumer at his or her seat. Operationally, AMC has made ticket purchases easier and seamless with a revamped AMC Stubs free-tier membership and easy-to-use web/mobile ticket ordering on its own website [6]. These decisions make a lot of sense and will provide stability in the near term.

Long-term, PVOD will probably become reality in some form, but fortunately, the major studios cannot currently agree on a path forward. Studios such as Fox, Universal, and Warner Bros. are leading the way in terms of negotiating a PVOD structure that would shorten the release window and the amount of time that movies run exclusively in theaters. Disney, however, prefers to keep the current release window because its animated and Marvel/Star Wars-franchised movies tend to have longer runs in theaters. Other major studios, like Universal and Sony, favor vastly different pricing structures and timing. The disagreement on structure, price, and release window timing amongst the major studios is exacerbated by U.S. anti-trust laws that prevent studios from signing deals as a group [7]. AMC can use this situation to its benefit.

Going forward, AMC should not only take advantage of the disarray to negotiate favorable PVOD distribution rights, but it should also try move beyond being a theater company to becoming a hub for all PVOD and offline content delivery. If AMC can use its current position as the largest theater exhibitor in the world to become the premier market place for all major and independent studios to distribute new movies, AMC will cement its place in the entertainment industry for decades to come. To do so, AMC needs to be willing to give up some medium-term profits from box office sales and be willing to devote a significant amount of resources to the project.

Some important questions to think about are:

(1) How could Netflix, Amazon, and Apple complicate the already complex negotiations?

(2) Will AMC have the capital and willpower to pursue this risky path towards becoming a technology company? 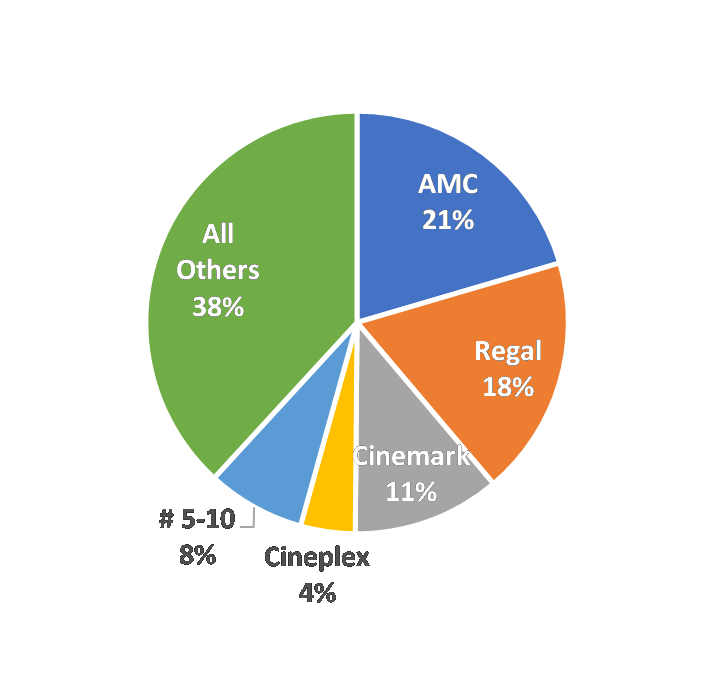 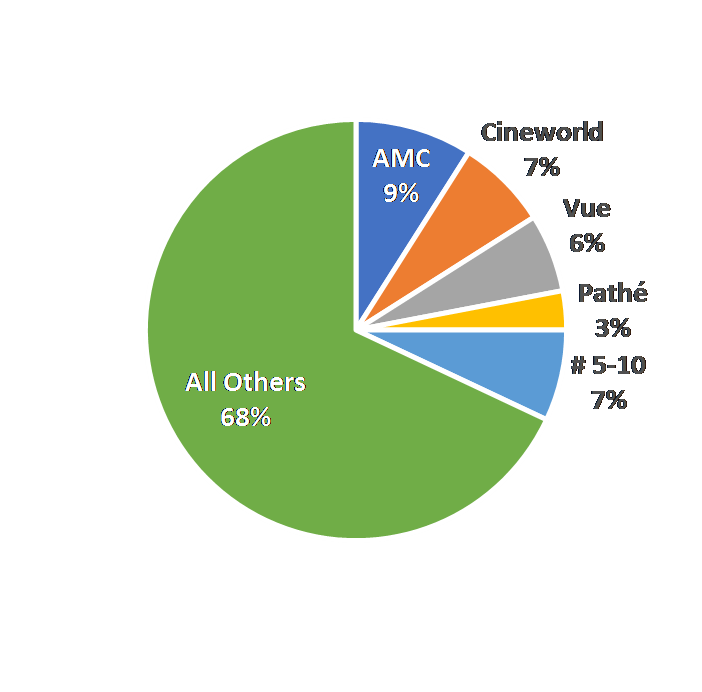