From an Inconvenient Truth to a Foreseeable Future

A decade ago, Al Gore released his book, An Inconvenient Truth, in conjunction with a documentary on the same topic: the rapid warming of our planet due to climate change. Gore’s efforts, though controversial, painted a grim future of what he deemed the “climate crisis” in an effort to push the environmental movement into the international foreground. Though there is now general consensus and global awareness regarding climate change, Gore continues to discuss what a warmer planet will look like and how we can prepare. In a recent TED Talk, Gore quantified the risks associated with sea-level rise, calling out cities that stand to lose the most. First on his global list is Miami, which risks losing three and half trillion dollars in real assets in the foreseeable future.[1]

Regulation: How the Real Estate Industry is Responding to Climate Change 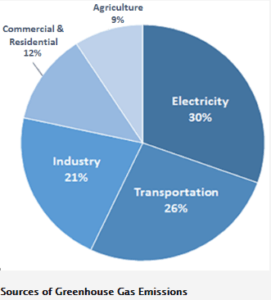 Commercial real estate buildings are responsible for emitting 33% of GHG (incl. commercial, residential and industrial buildings) and consuming 40% of energy used in the United States.[2] While the Obama administration has made strides in the way of cutting GHG, government has failed to pass comprehensive climate change legislation. Accordingly, there are no federal energy efficiency requirements with respect to the design and development of buildings to date. In the absence of federal policy, local governments have begun to impose green (energy efficient) building standards and incentivized energy efficient design through tax credits and expedited approvals. Most municipalities have done so using the codes established by private, standard setting bodies.[3] The most commonly implemented code is that of the U.S. Green Building Council’s Leadership in Energy and Environmental Design (LEED) certification program. LEED offers different levels of certification ranging from the minimum “Certified” for baseline design fulfillments to “Platinum” for top performers. Since its inception in 1994, LEED has certified over 80,000 buildings nationwide. On Harvard’s campus alone, 93 buildings are LEED certified.[4]

Given the uncertain regulatory landscape and disparate code requirements across the U.S., what has always been regarded as a local industry is requiring even more local expertise to be successful. To deliver projects on time and under budget, developers now need to work with design consultants that are experts on regional energy codes.

Hines: A Leader in Sustainable Development 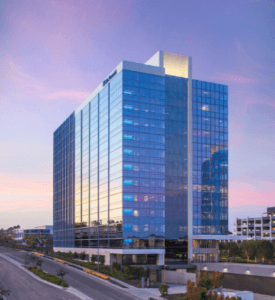 Hines Interests is a privately owned real estate investment, development and management firm based in Houston, Texas that owns real estate in 20 countries. Founded by mechanical engineer Gerald Hines in 1957, Hines has built a reputation for developing trophy assets using premier design consultants and innovative technology. Hines was one of the leaders in green design in the early 1990’s and has developed 84+ million square feet of LEED certified, pre-certified or registered real estate.[5]

As one of the early adopters of green building, Hines built both an understanding of national building codes as well as a reputation for its sustainable focus that has given the firm a competitive advantage when it comes to seamless design and delivery of buildings within the changing regulatory environment. However, now that green building standards are more universally accepted and applied, the playing field is leveling for developers like Hines that were once ahead of the curve.

Despite the progress made by the real estate industry to date, the ongoing global climate change conversation will continue, per Al Gore’s Ted Talk reminder, as coastal cities like Miami are forced to plan for a rising sea-level. The federal and local governments will continue to implement regulations and incentives to reduce the carbon footprint of buildings. In order to stay ahead, developers like Hines need to pave the way in energy efficient innovation and design. While leading green building might require heavier capital investment near term, the developers who commit to sustainability will eventually reap the benefits of energy and tax savings longer term as well as a competitive advantage through familiarity with processes of energy efficient design. As the largest emitter of GHG, the real estate industry stands to lose and gain the most as a result of climate change.