Digital technology has crept into nearly every aspect of society, offering unprecedented access to information and services while also creating massive cyber security challenges that leave many of the most personal and most important aspects of our lives vulnerable to cyber attack.  In an age where digitalization and interconnectivity has been introduced into everything from everyday items such as watches to thermostats through the “Internet of Things” to the most important elements of our national infrastructure, including financial institutions and electrical power grids, it is imperative for the private and public sectors to take action and protect the underlying structure of our society.

Over the last decade, we have seen several examples of the vulnerabilities in an increasingly digitalized world such as the 2007 coordinated cyber attacks on Estonia1, the 2014 hack of Sony Pictures2, and the 2015 attack that disabled a regional power grid in Ukraine.3  Cyber crime alone is estimated to cost businesses $400 billion per year and British insurance company Lloyd’s estimates that amount to quadruple to $2 trillion by 2019,4 and businesses are taking notice.  For example, IBM’s CEO, Ginni Rometty stated last year that “cyber crime is the greatest threat to every company in the world.”5  In this environment, Citibank is taking action to mitigate cyber threats. 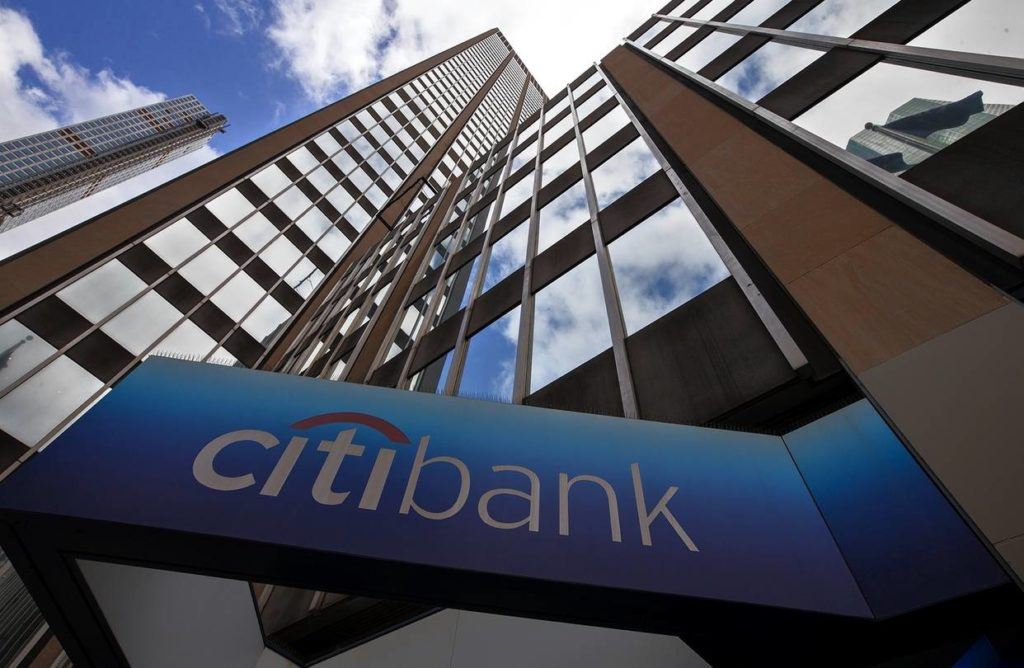 Like others, Citibank has increasingly migrated services onto digital platforms for efficiency, speed, and customer convenience.  This represents a massive shift in the business model which originally relied heavily on personnel and infrastructure.  Now, instead of depending on methods like writing physical checks or visiting a teller, customers have 24/7 access to account information from virtually anywhere and access to services electronically.

However, that transition has not been without challenges.  For example, in 2011, Citibank was hacked and “the financial data of more than 360,000” credit card holders was exposed.6  A month later, Citibank revealed that “about $2.7 million was stolen” from a portion of those accounts.7  The chart below shows the financial services industry has the second highest average annualized cost of cyber attacks demonstrating the scale and cost consequences of the threat.8  Cyber attacks will continue to target the industry and Citibank needs to adapt its operating model to this challenge. 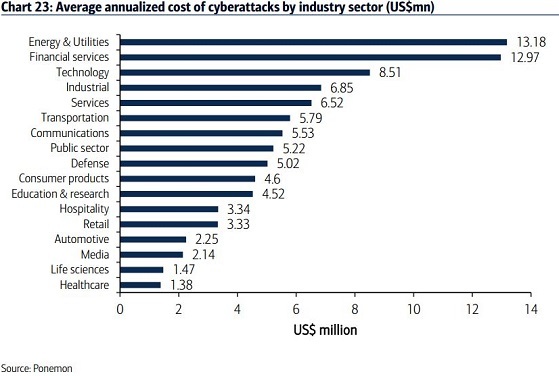 Citibank has adapted its operating model to address the vulnerabilities of that digital transition to add protection and thus, value for customers that can trust the integrity of their bank.  These measures include: 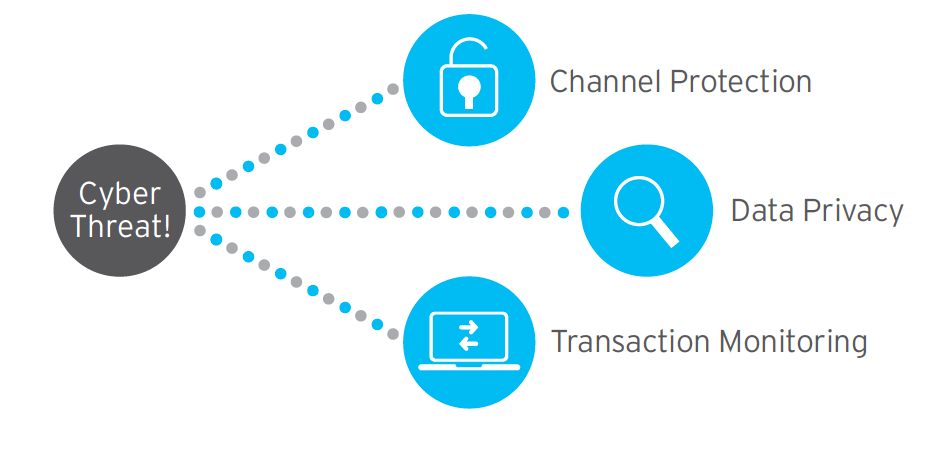 Separately, Citibank has emphasized innovation in cyber security because “cyber-crime is constantly evolving as current attacks become known and dealt with.”  In this spirit, Citibank has partnered with Microsoft to implement “next generation identity technology” for its employees and users.

Beyond its individual efforts, Citibank has joined forces with seven other banks, including J.P. Morgan, Goldman Sachs, and Bank of America, to form a group within the non-profit Financial Services Information Sharing and Analysis Center (FS-ISAC) to “share cyber crime data” and collectively gain the benefits of shared information.10  Citibank explains, “Sharing knowledge of anomalies or updates, or even of attackers’ activities, makes every part stronger.  [. . .] Real-time highly-detailed, analysis enables banks and companies to detect patterns and stay (at least) one step ahead of attackers.”9  Strengthening and investing in this group’s development will benefit all partners through sharing of data, experience, and best practices.

Digitization in Oil & Gas – is Shell a Leader or a Laggard?