In March 2014, amongst the many companies announcing their earnings, news came out that devastated me to my core – Chipotle, one of the only fast food places where you can get decent guacamole, may no longer sell my favorite food due to the rising price of avocados [1].  The executives of the company cited climate change (a.k.a. my new worst enemy) as the culprit.  While this “news” may have been blown out of proportion by the internet, it showed how climate change could impact one of America’s most popular fast casual restaurants.

Chipotle’s business model was built upon creating high-quality fast food using the best ingredients possible [2], under the mission of “food with integrity”.  This promise to customers led Chipotle to shift its sources of produce and meats towards sustainable, animal-welfare-oriented suppliers [3].  Not only did the Company wish to ensure the quality of its raw materials, it also pledged to work towards supply chain reform.  Following through on that promise, in 2015, Chipotle became the first national restaurant chain to completely remove genetically modified organisms (“GMOs”) from its supply chain [4].  They also worked to shorten the overall supply chain, which helped reduce environmental impact, by showing preference towards local famers [5].

The Start of the Guacapocolypse

Chipotle’s commitment to creating healthier food for their consumers is one of the reasons it has been so successful.  However, the stringent qualifications it places on its supply chain make it susceptible to the impacts of climate change.  There are two main impacts the company will face from climate change: 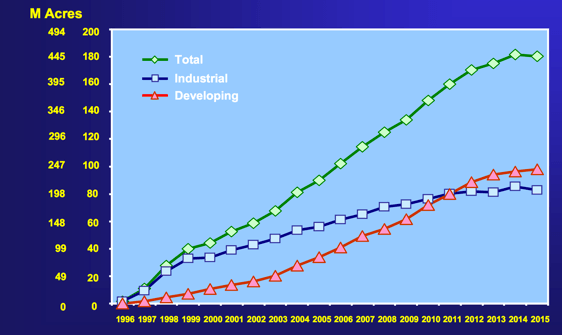 Despite causing panic by listing climate change as a risk in their 10-K, Chipotle isn’t backing off from their “food with integrity” mission.  In fact, they’ve taken some strong steps to combat the risks listed above:  First, they created the Cultivate Foundation in 2011 [10].  This foundation focuses on creating long-term change for Chipotle’s supply chain by promoting sustainable practices for its farmers.  By partnering with organizations such as Farm Aid, FamilyFarmed.org, and the Niman Ranch Scholarship, Chipotle is able to support small farmers as they institute sustainable farming practices, which is often difficult, especially with rising competition from corporate farms [11].  The foundation also encourages the use of pasture-based systems for animal production, which uses lower amounts of energy [12].  To further this mission, Chipotle gave $10 million to help local farmers in February 2016 [13].  The Company realized that its high standards are costly to comply with and donated this money to help offset the costs.

These efforts are noble, but they are primarily dependent upon monetary donations, not direct changes to the ecosystem.  In order to ensure the lasting availability of its supply chain, Chipotle needs to go directly to their partner farmers.  While some investors may want Chipotle to look for new, non-local suppliers or back off of their non-GMO approach, relying on current partnerships will help them invest in the long-term while maintaining their brand ethics.  In the near term, Chipotle should continue to help farmers invest in infrastructure that makes it easier for them to meet Chipotle’s high quality standards and mitigate the impacts of drought, given that much of the supply chain comes from California. Longer term, they should continue to partner with organizations that are invested in making farming more sustainable and less subject to the effects of climate change.  Doing this will ensure a more solid supply chain, maintain the brand ethos that drew its customers in, and, hopefully, avoid the next guacapocolypse.