Background
The payments landscape in India is undergoing a transformation: traditionally a cash-based economy, it has seen an increase in card-based and mobile transactions. In spite of advances made in the recent years by the Government and regulators to popularize cashless transactions, India continued to be a high-cash-usage economy. But on November 9th, 2016 Prime Minister Narendra Modi took entire India by surprise when he announced the demonetization of INR 500 and INR 1000 notes. There was a mad dash to withdraw smaller bills, or deposit bigger ones, at automatic teller machines around the nation before they shut down temporarily. This demonetization decision has been the biggest and most ambitious step ever to crack down on black money and fake currency and to move India towards a ‘cashless’ economy. 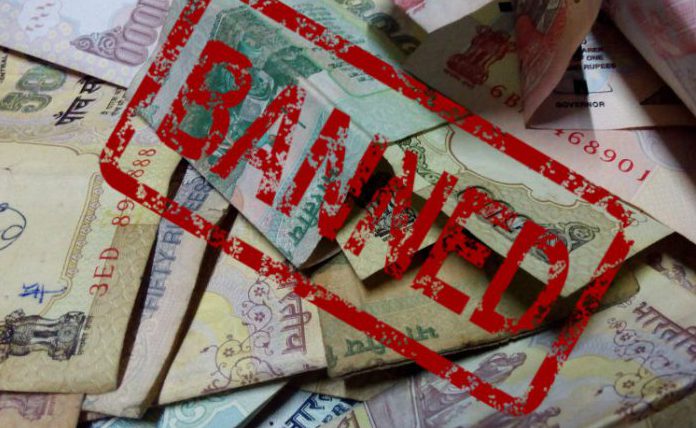 With INR 100 and lesser denomination notes in circulation, India has suddenly started seeing an upsurge in online transactions, card payments and mobile wallets to handle their daily expenses. But unlike rest of the economies where card payments have been the main source of paperless or plastic cash used for daily use, card payments have struggled to scale-up due to the fragmented nature of the retail sector –  with its long tail of mom and pop stores – perception of it being expensive for small merchants, high cost of card payments hardware and lack of underwriting data for credit card issuance and merchant on boarding.

In such a scenario, mobile as a platform has a unique set of capabilities that can overcome the challenges posed by the Indian payments landscape. Mobiles offer a low-cost means to create financial access and payments. It can extend the last-mile reach of banking services either through business correspondents or directly to the end consumers. Improvements in the telecom infrastructure, access to internet connectivity and low-cost smartphones will eliminate the need for hardware based on fixed line connections. Mobile can be a platform that uniquely combines digital identity, digital value and digital authentication to create low-cost access to financial services. 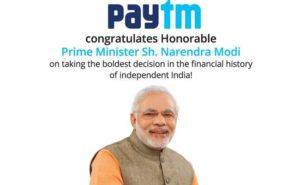 In fact, since demonetization has come into effect, if there is a clear winner, it is the class of startups offering online wallets and digital payments. Mobile wallets have witnessed a massive rise in app downloads. Paytm’s traffic, for instance, increased by 435% and its downloads by 200%. Paytm is India’s leading mobile wallet startup – it allows users to make transactions “at 850,000 places across 1,200 Indian cities, including mom and pop shops, branded retail outlets, and petrol pumps. Paytm even advertised in newspapers, congratulating Prime Minister on the demonetization, calling it the “boldest decision in the financial history of independent India”.

So, can mobile wallets pave the way to a cashless economy?

The future of mobile wallets

According to analysts, by 2018 the mobile wallet market in India will grow at a CAGR of 140%, while the global mobile wallet market will register a CAGR of 34% by 2020. What’s fueling this optimism is the fact that India is one of the fastest-growing markets for smartphones in the world. It is expected to become the second largest market by 2017 – replacing the United States. The number of mobile internet users in India is expected to touch 314 million by 2017, up from 280 million now. 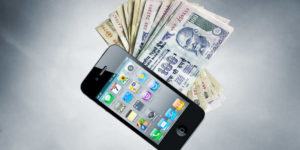 According to a recent report by GrowthPraxis, the market for mobile-enabled payments in India grew more than fifteen times between 2012 and 2015 to reach its current size of $1.4bn. Interestingly, nearly 60% of users accessed the internet for the first time on their mobile phones – in marked contrast to many other countries, where desktop and laptop are the first web-enabled devices that people use.

Earlier, most people used mobile internet for social networking sites, but that’s changing now – as increasing numbers of people are using it to make mobile payments.” Service providers are looking to make money by taking a cut from vendors, as the apps are free for customers. They are also flooding the market with cashback offers and discounts to get more traffic. 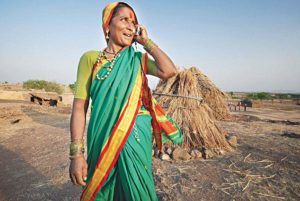 But the question remains, can mobile wallets in India mirror the success that mobile payment tech has enjoyed in countries like Kenya, where more than 90% of the adult population has signed up to Vodafone’s M-pesa payment platform?

Telecom infrastructure is improving and 3G & 4G services are being offered at very affordable prices, giving a huge boost to mobile commerce in the future. With 4G becoming more and more affordable with entry of telecom giants such as GIO, the digital wallets adoption in Tier 2 and Tier 3 cities is going to increase many folds. If reliable and fast mobile networks can make it out to rural areas, then mobile wallets should see huge growth in India. But it will still take a huge cultural shift to wean people off hard cash.  (Words 797)