The Burlington Northern Santa Fe Railway Company, commonly known as BNSF, is the world’s second largest railroad company as measured by revenue[i], with over 32,500 miles of track[ii]. Its predecessor railroads date to well before the time of the Civil War[iii]. However, the long history and massive scale of this logistical behemoth do not insulate it from the effects of climate change. Indeed, BNSF is already undergoing major operational changes in an attempt to cope with them.

BNSF is the largest transporter of coal[iv] and oil[v] on the continent. The viability of this business is at stake if the costs of carbon rise significantly via taxes or other pricing schemes[vi], as the long-term solvency of oil transport depends in large part on continuing high demand for hard-to-recover and heavily polluting oil sands[vii]. Meanwhile, the costs of implementing EPA’s Clean Power Plan[viii] will fall disproportionately on the rail industry and its coal transport business in particular[ix] – a segment dominated by BNSF. 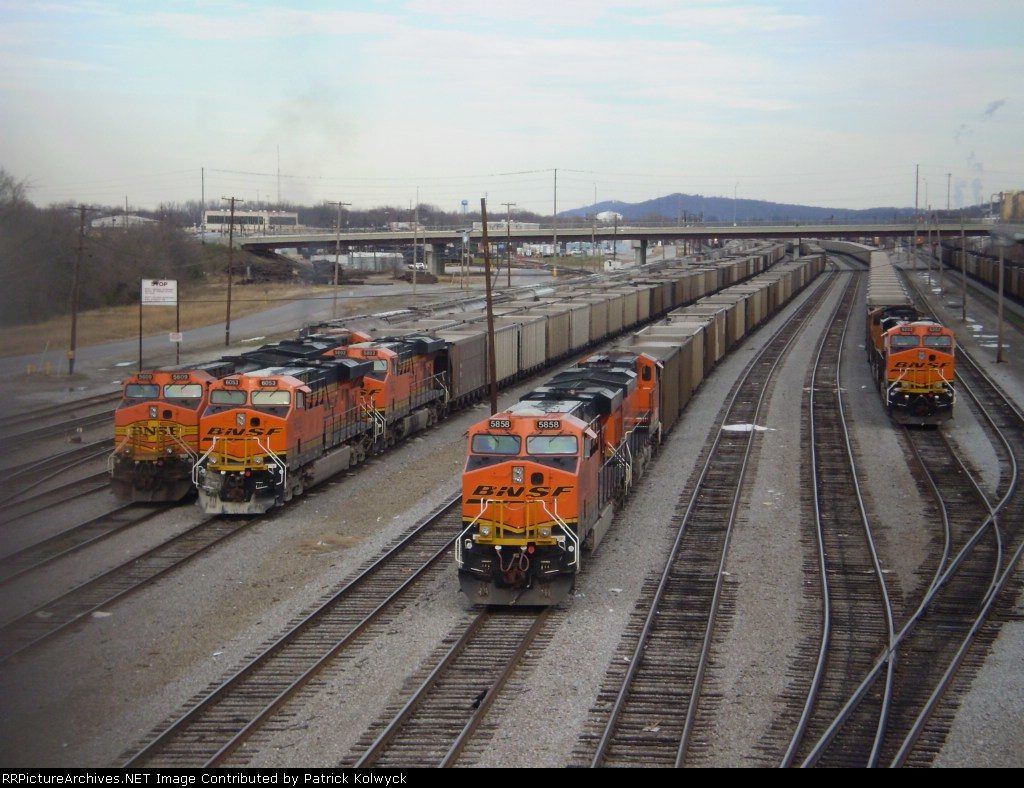 BNSF’s major transit hubs in the industrial Midwest have experienced unprecedented delays in recent years due to extreme weather events[x] which are likely attributable at least in part to climate change[xi]. Furthermore, the locomotives at the heart of BNSF’s service are required by EPA regulations passed in 2008 to be slowly replaced by newer units meeting EPA “Tier 4” requirements[xii].

BNSF is not blind to these challenges and is taking major steps to try to mitigate the effects of climate change on its business. They have replaced close to half of their locomotive fleet over the past decade, which has significantly lowered emissions and improved efficiency[xiii]. They have also been evaluating even more advanced locomotives that burn liquefied natural gas (LNG)[xiv].   Additionally, BNSF is creating an energy management program for its facilities and investing in renewable energy to power its properties[xv]. 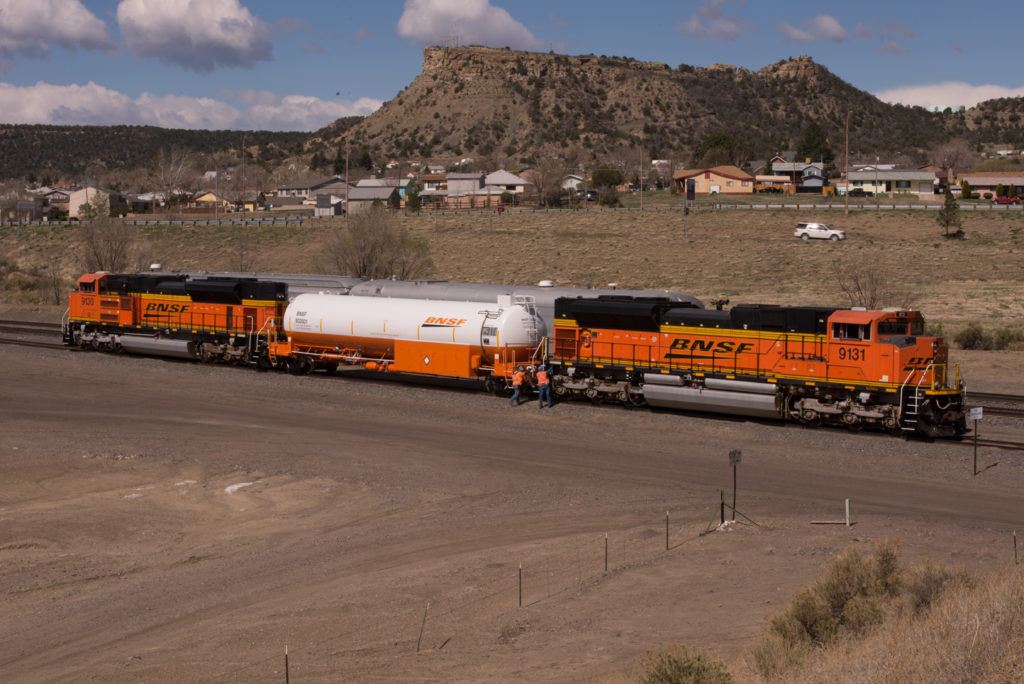 BNSF has, in my opinion, made a good start toward mitigating the risks to its operating model, but it still has a long way to go. Most problematic is the enormous fraction of revenue that the company derives from shipping coal and oil, a business which stands to potentially suffer dramatically from increased environmental regulations[xvi]. I would recommend the company attempt to slowly shift its operating mix to other commodities such as grain or intermodal[xvii], through a combination of medium term incentive pricing on those commodities and perhaps preferential scheduling to non-coal or oil carrying trains. I think BNSF should also make a large investment in data analytics software for optimal route planning to better cope with heavy delays to the rail network in future harsh winters like that of 2014. 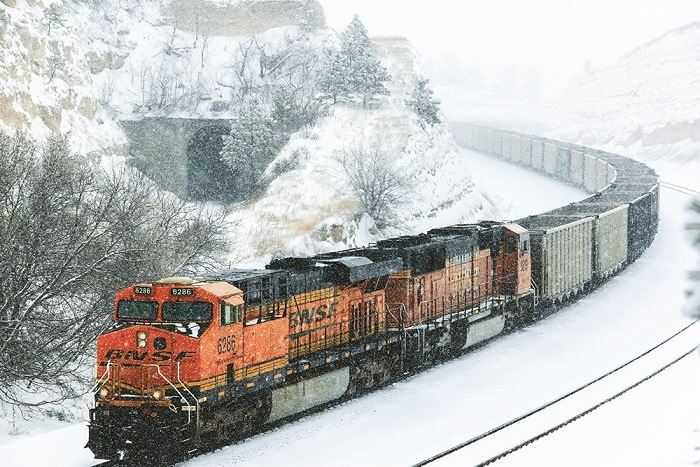 BNSF could also experiment with an extra surcharge on coal or oil trains to help pay for research into genset[xviii] or LNG technology; it could also use such a carbon charge to offset its own emissions or to pay for capital improvements to the rail network to help mitigate extreme winter conditions.

BNSF faces great challenges to its operating model due to its form of heavily emitting motive power and its carbon-fuel heavy freight mix. However, with sound investments and planning, they can position their business to continue to be a major bedrock of transportation services for many years to come.

DuPont and Honeywell: How Two Competitors Came Together to Fight Climate Change