In the early days of 2011, the CEO of Grupo Bio-Pappel, Miguel Rincon, started plotting an ambitious transformation to the company founded by his father 25 years earlier. It was in that year that the company, formerly known as Corporacion Durango, was coming out of its second restructuring process and was hoping to benefit from a new era of Mexican consumer expansion. However, Rincon knew that the company would have to be relaunched if it was to recapture its role as the largest manufacturing of paper and paper products in Latin America (including print paper, newspaper, and cardboard boxes).

It was in this moment that the Bio-Pappel turnaround initiated, which was very successful in my opinion. This turnaround was not simply a change in branding, but it also represented a dramatic shift in the value proposition of the company. Prior to 2011, Bio-Pappel had focused on delivering commoditized products to its clients that only differentiated from comparable goods based on quality and a more extensive distribution reach (as Bio-Pappel was located in 40 different production locations, each having an individual distribution network). However, it was clear to Rincon that this would no longer be enough.

The existing and potential customers of Bio-Pappel (who ranged from retail businesses in the print paper market to large conglomerates in the packaging division) had become more sophisticated throughout the years. Differently from before, Bio-Pappel’s customers now placed increasing value to getting products that were environmentally-sustainable. Additionally, while these customers were unwilling to compromise on quality, they were now demanding lower prices for their products. After all, Mexican companies were slowly recovering from the great recession and required lower-cost inputs (like cardboard boxes used to transport their products).

To consolidate its consumer base and reach more sophisticated clients, Bio-Pappel decided to bring sustainability to the forefront of Mexican manufacturing, something that its competitors were unwilling to do. First, the company offered, for the first time in its history, paper and packaging products that were manufactured without cutting a single tree (instead sourcing the pulp required to produce paper from recycled cardboard). Second, Bio-Pappel introduced the first-ever CO2 neutral line of products, which required the company to recapture more CO2 in the production process of a given good relative to its carbon-emissions [1]. Third, the company instituted a dramatic cost-reduction platform to ensure to its customers the lowest-cost products in the market.

As a result of these initiatives, Bio-Pappel was able to generate substantial value for its environmentally-focused customers (for example, the company saves more than 1,878 adult trees every 24 hours by recycling 1,600,000 annual tons of used paper [2]). At the same time, Bio-Pappel has been able to capture significant value as a result of its transition to a sustainability-based platform. Between 2010 and 2014, revenues increased by 18.8%, while the company accomplished an impressive EBITDA margin expansion from 7.5% in 2010 to 15.7% in 2014 [3].

The results attained by Bio-Pappel did not occur in a vacuum. Rather, they were the result of very dramatic changes that the management team instituted in the company’s operating model:

It is clear that a series of far-reaching modifications were instituted in the operating model of Bio-Pappel. As a result of these changes, Bio-Pappel was able to align its new business model (based on delivering value to its sustainability-focused customers) with its operating model and accomplish improved results combined with a series of awards as a result (including from the World Wildlife Fund, Pulp and Paper International, Forbes, and Mexico’s Labor Ministry, among others) [7]. 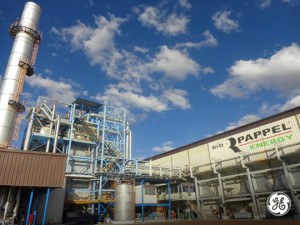 Ginkgo Bioworks: The industrial revolution is coming to the biology lab!

Student comments on Bio-Pappel: Bringing sustainability to the forefront of Mexican manufacturing