“There is one thing which is absolutely clear: if the warming goes beyond 2 degrees, it’s going to become tougher and tougher and probably impossible for insurers to cope with damage to the environment” – Henri de Castries, CEO of AXA (second largest insurance company in the world) (1) 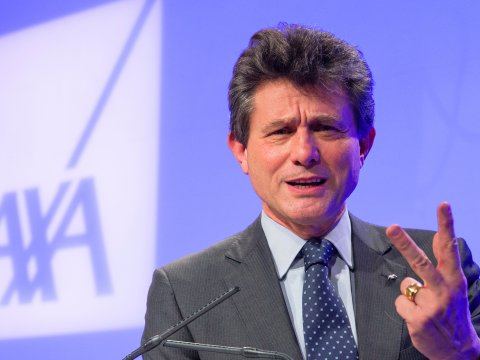 Henri de Castries speaking at the COP21 summit in Paris

The cost of climate change

There’s no doubt that climate change is causing serious damage. Scientific research has shown that the current increase in global temperatures leads to more frequent and intense natural disasters (hurricanes, droughts, floods), rising sea levels and disruptions of the food chain(2). All these events turn into financial cost when infrastructure is destroyed, people are injured, tourism is diminished, agriculture is less productive and mass migrations are happening(3). In the US alone, it is estimated that this cost could reach at least $1.9 trillion annually by 2100, as shown in the table below(4).

With that being said, a question remains: who is paying for this?

This model works because accidents are fairly rare and having a large customer pool enables risk diversification. It works so well that insurers are often very profitable businesses: AXA alone generates €6 billion profit per year! (7)

So, what is AXA complaining about?

Climate change invalidates two very strong assumptions that make the “insurance” business model work. First, accidents are not rare anymore: natural disasters are more common and rising sea level is accelerating. This leads to an increased rate of accidents and with much larger financial impact. Second, there is much less diversification because accidents happen on a very large scale nowadays. A natural disaster could affect millions of people at once, and a single insurance company will certainly not have a big enough “buffer” to compensate all these people at the same time.

So what can insurance companies do?

How AXA is fighting climate change

AXA is fighting the threats to its business model through a number of initiatives announced in late 2015: (5) 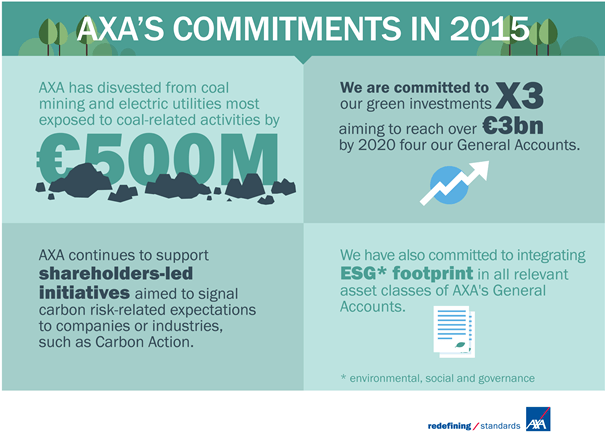 Despite these efforts, AXA is still suffering heavily from climate change and has been sanctioned by shareholders and analysts. Since announcing this plan, AXA share price has dropped 25%(6).

What else could AXA do to please its shareholders?

I believe AXA should revisit the core principles of its business model:

As the Maldives sinks, the world plays the fiddle

Student comments on AXA: “the cost of climate change is too damn high!”