Memorial Sloan Kettering Cancer Center (MSKCC) is the oldest and largest private cancer center in the world. The hospital has been delivering exceptional patient care, innovative research, and outstanding educational programs for over 130 years, and differentiates itself from other large hospitals by focusing on cancer care.[1] MSKCC has consistently been ranked as one of the top two cancer hospitals in the US based on its ability to “provide patients with the best care available as it works to discover more effective strategies to prevent, control, and ultimately cure cancer in the future”.[1, 2]

Historically, MSKCC has delivered on this promise by:

With advances in technology, MSKCC has expanded its operating model by engaging in innovative collaborations, one of which has revolutionized the way care is delivered to patients: IBM Watson Oncology.[1] 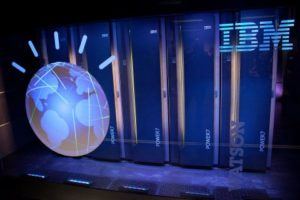 Watson—a cognitive computing system—“enrolled” in medical school in 2011 after becoming the Jeopardy world champion.[3] Watson “graduated” from its medical residency in 2013, and at that point had already analyzed 605,000 pieces of medical evidence, 2 million pages of text, and 25,000 training cases. 14,700 clinician hours were spent fine-tuning Watson’s decision accuracy.[4]

Watson can retain infinitely more medical knowledge than a doctor and is also more accurate, more consistent (inconsistency is a surprisingly common flaw among doctors), and faster at decision-making.[4] For instance, Watson correctly diagnosed a 60-year old woman’s rare form of leukemia within 10 minutes, while doctors at the University of Tokyo were unable to diagnose her even after assessing her for months.[3] For a time-sensitive disease like cancer, the speed at which patients are diagnosed can have significant implications on a patient’s chances of survival.[5]

Clinicians at MSKCC partnered with IBM to strengthen Watson’s “background” in oncology. Today, Watson is considered a “colleague” that helps physicians provide better care. So what exactly does an appointment with Dr. Watson look like? IBM describes the process as follows:

“First, the physician might describe symptoms and other related factors to the system. Watson can then identify the key pieces of information and mine the patient’s data to find relevant facts about family history, current medications and other existing conditions. It combines this information with current findings from tests, and then forms and tests hypotheses by examining a variety of data sources—treatment guidelines, electronic medical record data and doctors’ and nurses’ notes, as well as peer-reviewed research and clinical studies. From here, Watson can provide potential treatment options and its confidence rating for each suggestion.”[4]

Innovations in healthcare delivery will continue to change how hospitals operate, but will doctors be replaced by technology? Maybe in the future, but certainly not today. I would characterize a physician’s responsibilities as follows:

Watson’s ability to fulfill these responsibilities is limited. Its learning is dependent upon knowledge produced by physicians and other healthcare providers, while its evaluation and decision-making processes lack the ability to empathize with the patient and take context into account. Finally, Watson completely lacks the ability to execute.

Having said that, the line between humans and technology is continually becoming more blurred. Consider the da Vinci® Surgical System, a robot that aids physicians during surgeries.[6] Or consider Pepper, a Japanese robot that recognizes emotions (based on the human’s tone, facial expressions, body movements, and words used), and adapts its behavior to the human’s mood.[7] Given these capabilities, a future where technology will be the sole provider of healthcare is not unreasonable. Studies have actually shown that humans feel empathy for robots experiencing “pain”, suggesting that as these technologies become more prevalent, patients may become less resistant to being treated by non-humans.[8]

Technology and digitization will continue to provide opportunities for MSKCC to provide exceptional care. I think that MSKCC should focus on finding ways to empower physicians. Watson is certainly an example of such a technology, as it helps physicians make better informed decisions. However, addressing fundamental healthcare inefficiencies should be the hospital’s number one priority. Having worked at MSKCC’s main competitor, I have been shocked by the amount of time that doctors spend on administrative responsibilities that prevent them from focusing on what they do best: deliver care to patients. Discovering and implementing technologies that enable physicians to focus on practicing medicine is, in my opinion, the key for MSKCC to continue to “deliver the best care available”.

Thinking of getting a connected Tesla? Beware the risks.

Where the Rubber Meets the Road – Literally

Student comments on Artificial Intelligence: The Future of Medicine?