Movie studios have historically relied on experience to predict movie budgets and their allocations. In recent years, they have begun leveraging machine learning to improve marketing efficiency. Fox has been at the forefront of these efforts through its collaboration with Google Cloud. While studios have made great progress in using machine learning to better manage their marketing, there is still a lot of white space for technology to help inform the production process. However, movie-makers have to be careful not to let data crush creativity.

Why the Movie Industry is Ripe for Machine Learning Disruption

Stephen Follows analyzed 29 blockbusters with an average production budget of $150mm and their average profit was only ~$14mm. In fact, an oft-cited rule of thumb is that ~50% of movies make money while ~50% lose money. In a follow-up, Stephen demonstrated that half the money earned from profitable ventures in recent times came from the top 6% of movies and half the money lost came from the bottom 6%. [1]  [2] New technologies can help studios both move the profitability curve upwards and shed the right tail seen in Figure 4. 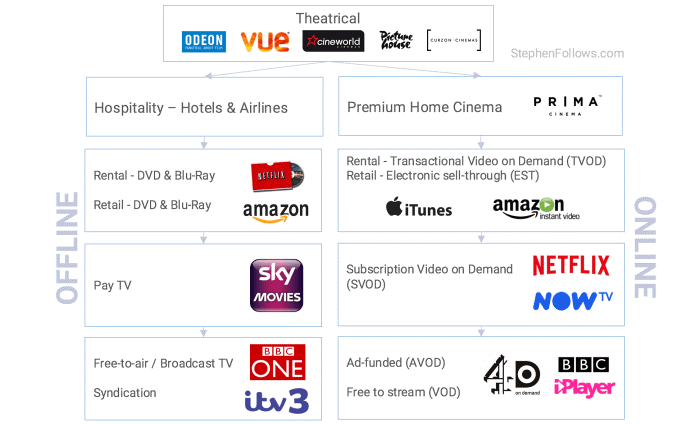 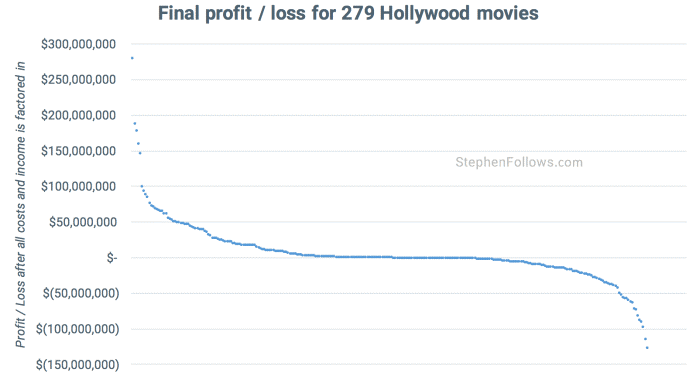 Movies are increasingly expensive as studios have been concentrating on big bets. According to Eric Buchman, “Hollywood is no longer in the business of hitting singles. They now swing for the fences almost every time they step to the plate […]” After adjusting for inflation, 45 of the 50 most expensive movies ever made were released in the last decade or so [3]. By concentrating their bets, studios increase the chances of large returns in dollar terms but also increase the chances of large losses, so they seek every advantage to minimize downside risk. 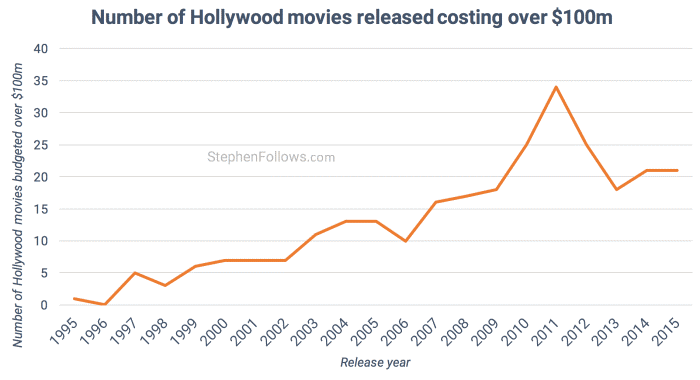 Fox has been at the forefront of using machine learning to match stories and audiences. Historically, studios employed a “spray and pray” approach: show many ads and hope for the best [4]. Fox’s A.I. project began when the studio realized it was promoting “The Greatest Showman” to the wrong audience; instead of appealing to musical lovers, it was a hit with those interested in characters shunned by society [5]. Since then, Fox has partnered with Google Cloud to develop a learning program, called Merlin, that tries to identify the basic patterns in audiences’ preferences for different types of movies through trailer analysis [6]. Initially, the team loaded Merlin with customer data, film synopses and trailers to build its pattern recognition abilities. 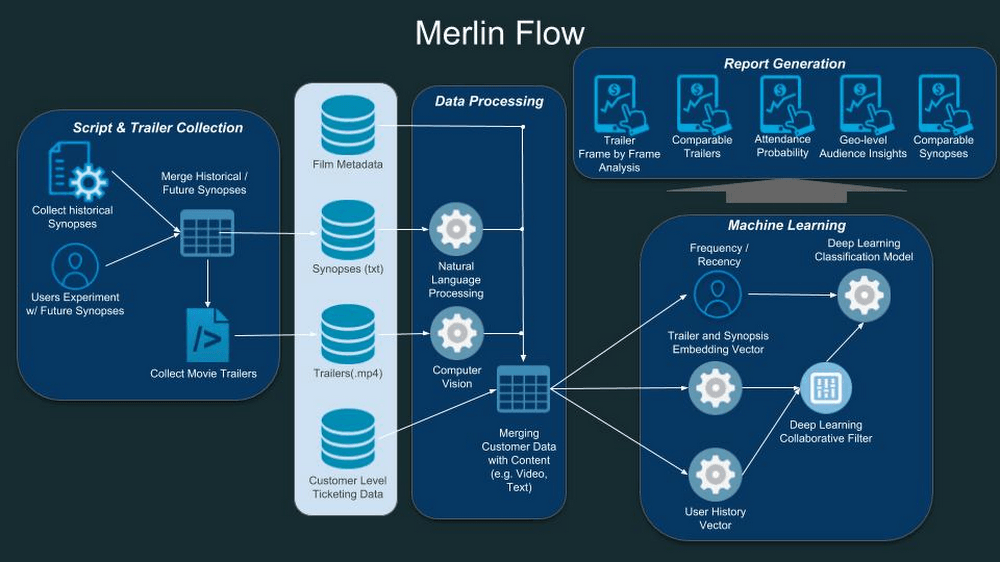 The first step in a new analysis is for Merlin to tag all the elements in a trailer. 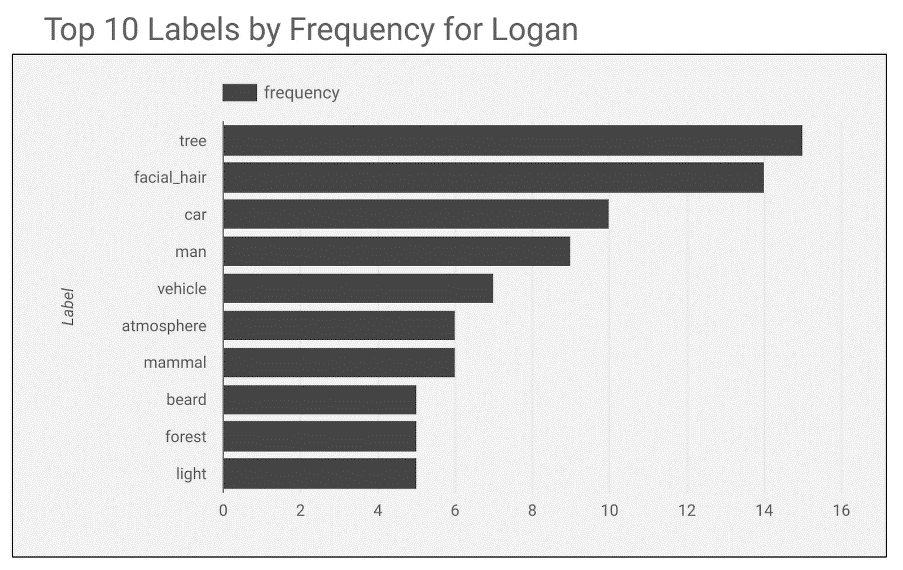 Then, Merlin feeds the information it has into a very complex custom neural network that learns over time and produces a current movie attendance probability for the audiences of prior movies. 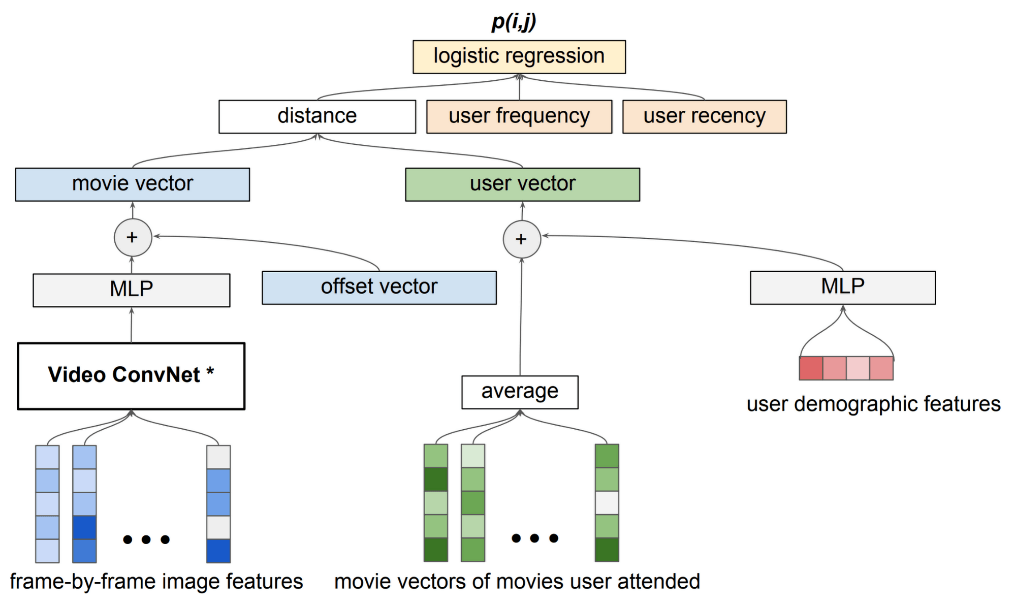 The result is a prediction of audiences from prior movies that are most likely to be interested in the current movie, i.e. target audiences. On a weekly basis, the team gets a scorecard that compares Merlin’s predictions to actual results so it can close the loop and have Merlin improve over time. 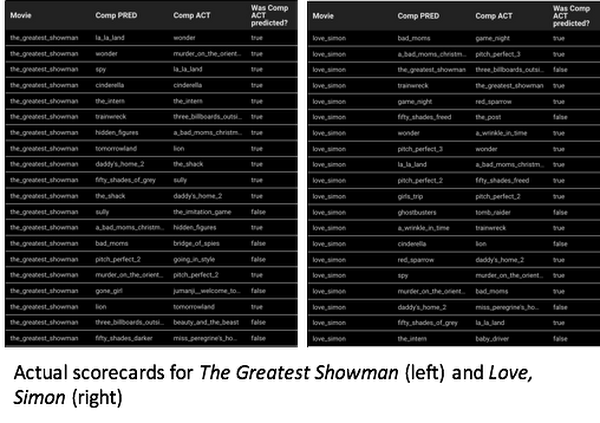 Currently, Fox seeks to integrate Merlin Video with Merlin Text, a script analyzer, into one framework that leverages both methods to produce better predictions. Fox will likely also be focusing on building out tools that allow it to reach those audiences through targeted advertising, a complex task as explained by Matt Marolda of Legendary Entertainment [7]. On the production side, while Merlin may help provide some broad thematic insights, there is still a lot of white space to use machine learning to help make decisions, such as with casting choices. Another exciting avenue is the use of facial biometrics by Disney to track & predict audience reactions on a scene-by-scene basis, helping film-makers understand in advance the impact a scene may have on their target audiences [8]. Such technologies can help Fox grow Merlin from a marketing optimizer to an analytics platform that provides significant value throughout the entire lifecycle of a production.

One of the key issues for Fox is the balance between data-driven decision-making and creativity. By copying what has worked well in the past, it can kill innovation by only iterating on existing ideas instead of taking risks on new ones. For example, Avatar altered the movie landscape in 2009 through its use of 3D technology, but a machine learning algorithm would likely have struggled to predict its success. How can movie studios best combine technology & creativity to produce movies that are not only profitable, but also define and inspire generations?

[3] Eric Buchman. Why are movies more expensive than ever when tech makes them easier to make? Digital Trends (October 12, 2014).

[5] Brent Lang. How Mobile Phones Are Giving Hollywood a Better Understanding of Its Audiences Variety (March 22, 2018).

Student comments on An A.I. Odyssey: How Fox is Using Machine Learning to Market Movies