Activision Blizzard (“ATVI” or the “Company”) is one of the world’s largest video game publishers with an impressive portfolio of game franchises including Call of Duty, World of Warcraft, Starcraft, Diablo, Skylanders and Candy Crush. Activision is known historically for its console games while Blizzard is better known for PC computer games. The Company recently made an aggressive expansion into the mobile gaming world with the acquisition of King Digital, the developer behind the viral Candy Crush Saga. The gaming industry is in the midst of an important secular shift towards fully-digital gaming, and ATVI is well positioned to capitalize on this trend. 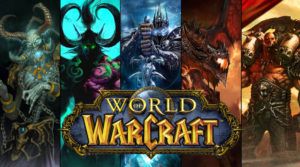 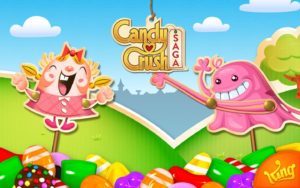 One major transformation in the gaming industry has been the shift from selling physical “boxed” software products to delivering products digitally. Faster internet speeds, increased hardware storage space and an explosion in the number of connected devices are changing consumer purchasing behavior by moving towards digitally downloading entire games. Additionally, most new games have a multi-player or social component that requires an online connection (this is particularly true for ATVI). As a result, the Company is highly focused on developing content, both new game titles and expansions or add-on features, that can be delivered via digital channels. In 2015, ATVI released additional digital content across its top game franchises that provided additional monetization opportunities, such as the “supply drops” feature in Call of Duty and various in-game purchases (“microtransactions”) within Destiny. The Company also released Call of Duty: Black Ops III Awakening, the first downloadable content expansion pack for the game. Digital revenue was 54% of total ATVI revenue in 2015 and is projected to continue to represent a larger share of the overall business.

Online gameplay is creating new engagement and monetization opportunities for the gaming industry. ATVI estimates that industrywide digital gaming revenues increased by approximately 20% in 2015. One of the drivers of that growth, as mentioned above, was consumer purchases of full games through digital distribution channels, but it was also driven by increased microtransactions in existing games. ATVI is acutely focused on driving higher engagement within its active user base with the ultimate goal of driving players to spend additional money through digital transactions that enhance or expand gameplay. Currently, King Digital games employ the “freemium” pricing model. Gamers are given lives to use as they progress through the game and if a player loses they can avoid having to start over by paying a small amount of money. The Company recently introduced microtransactions to the Call of Duty franchise in the form points which can be used to gain an advantage in the online multiplayer game. The Company will need to tread carefully as they continue to expand this business, as many users have voiced concern that the practice frustrates users and ultimately degrades the quality of gameplay.

In November of 2015, ATVI announced that it was acquiring King Digital, maker of the Candy Crush mobile game, for $5.9 billion. The Company reasoned that the acquisition would broaden the reach of its games, bringing total monthly active users (“MAU”) to more than 500 million (making ATVI the largest gaming network in the world). ATVI also recognized the important role mobile will play in the gaming industry in the years to come. Mobile phones have many advantages when compared to the traditional hardware ATVI games have historically operated on – lower cost to consumers, easier to operate, portable and ubiquitous around the globe. Additionally, the projected growth rates are staggering. In addition to game downloads and microtransactions, mobile games present an attractive opportunity for advertising. King Digital removed in-game ads in 2013 in favor of improving game play and promoting its own franchise games. However, ATVI has recently been reintroducing advertisements and believes the platform could become a major revenue contributor.

ATVI is already reaping huge rewards from its digital strategy. The Company has released a string of impressive quarterly results driven by strong engagement in its core legacy titles and corresponding monetization revenue. The Company’s stock price has doubled over the past two years. ATVI looks poised to continue capitalizing on the digital transformation of the gaming industry.

The Doctor is In: Remote Surgery in the Digital Age