Organovo (NASDAQ: ONVO) is a San Diego-based company founded in 2007 with licenses to organ printing intellectual property [1]. Since its launch, Organovo has developed several products primarily for pharmaceutical research (drug profiling services), with a long-term goal of developing therapeutic tissues for transplant. As of 2016, their clients included seven major pharmaceutical companies including Merck and Roche [2]. 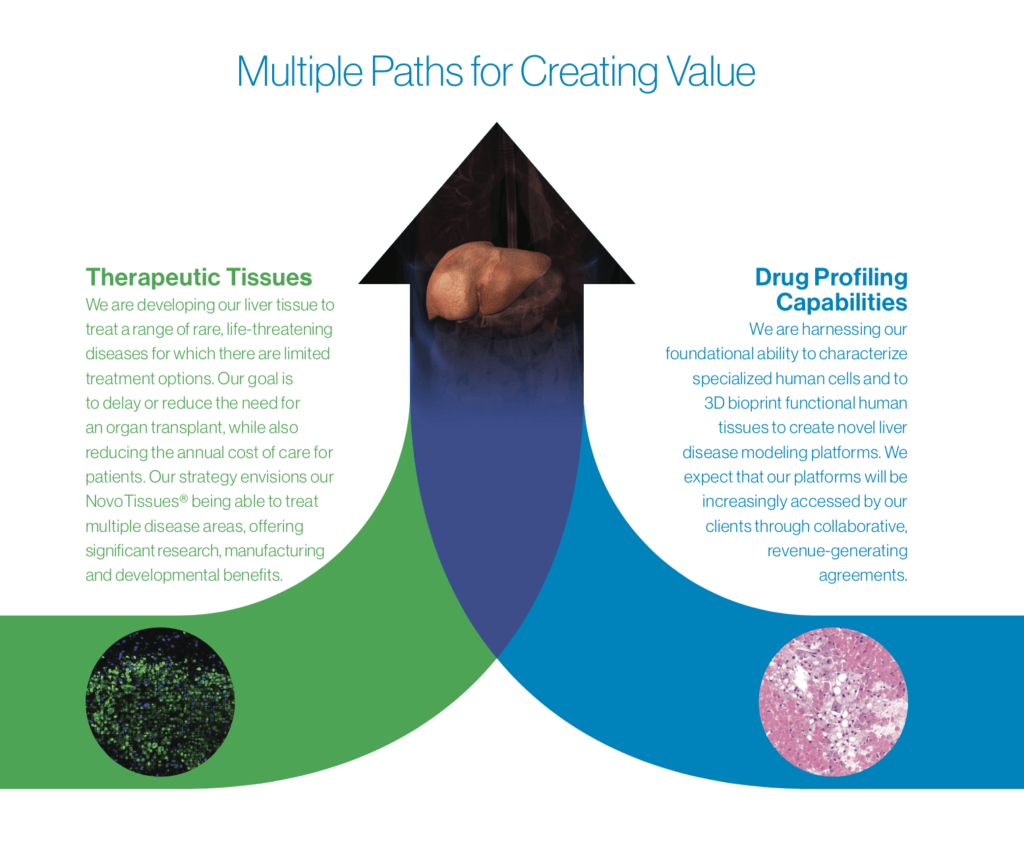 Pharmaceutical development: In drug development, significant gaps remain between in vitro (benchtop) testing and in vivo testing (animal studies and human clinical trials). 3D-bioprinted tissues could help reduce the need for use of laboratory animals or help predict adverse effects.

Using 3D-bioprinted tissue provides advantages compared to a typical 2D monolayer culture (classically, cells on a petri dish). For example, the ExVive tissue lasts longer and shows stronger correlation with clinical results [2] [5]. However, given the pharmaceutical development process, in vivo studies on animals and human trials are still required.

However, significant development hurdles remain. The proof-of-concept cannot be much thicker than 1 millimeter given the general issue of vascular supply as previously described [2]. Similarly, the graft is significantly smaller than the volume required for a liver transplant. Thus, this platform is only designed to be a one year bridge-to-transplant for patients with existing but diminished liver function rather than replacing a liver outright [2]. 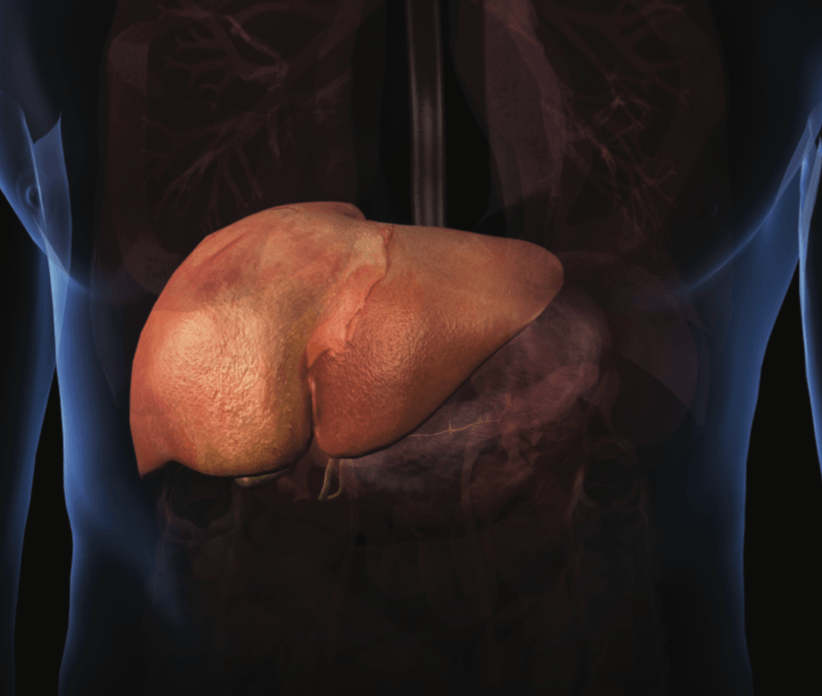 Regarding continued innovation, Organovo also needs to consider its R&D budget wisely. In 2016, 15% of the R&D budget was dedicated towards development of its therapeutic liver tissue platform. However, it is unclear that this therapeutic model will be (a) successful or (b) profitable, given its narrow patient population and limited applicability. Furthermore, given its current primary business model of pharmaceutical services, Organovo cannot afford to fall behind in innovation with respect to tissues for pharmecutical testing. Perhaps management should consider earmarking at least 75% of its R&D budget towards developing new services and products or updating existing services.

The Future of Organovo

Despite Organovo filling a small need in pharmacologic testing by using 3D-bioprinted tissues like the ExVive, animal studies and human clinical trials are ultimately needed to secure approval for a new drug. Should companies continue pay for products like those developed by Organovo or just go straight to animals studies and clinical trials?

Moreover, philosophically, should Organovo focus on developing therapeutic platforms like transplantable liver tissue when industry-wide problems like vascular supply still exist? Or should they save their R&D budget for when academic research has advanced further?

Student comments on A 3D-printed liver: not ready for prime time?