There’s notoriously high human error in medicine. Data driven decision making could help us improve healthcare outcomes, but algorithms based on data can be imperfect, too. What level of algorithmic error is acceptable as in the pursuit of better health outcomes?

Healthcare is a huge area of opportunity for data-driven decision making – in the US, healthcare spending is 20% of our GDP and it’s estimated that 30% ($750 billion!!!) is waste because of all the errors and inefficiencies in care. In the US, we have the highest cost of care of any country in the world, yet some of the worst health outcomes in the developed world.

So can algorithms help us suggest the right course of treatment for a patient and reduce human error? Can they help us most accurately diagnose a patient based on their clinical history? And can they help us drive down costs by comparing clinical outcomes based on different treatments?

With all this in mind, I was struck by this article from the Washington Post, titled “Racial Bias in a medical algorithm favors white patients over sicker black patients.” The article reports on an Optum algorithm that was found to have significant racial bias. The algorithm wasn’t intentionally racially biased (and in fact, had not included race as a category) – instead it used future healthcare spending as a proxy for future disease. But it turns out that white Americans spent about $1,800 more than black Americans on healthcare. As a result, the algorithm consistently recommended more medical care for the white Americans who the algorithm deemed to be “sicker” (when in fact, they were just consuming more of our healthcare resources). This is striking because it shows the dangers of correlating something like healthcare consumption with healthcare need – different populations may consume healthcare differently (for cultural reasons, accessibility of care, cost of care, insurance coverage, etc.) It also shows the risk of algorithms reinforcing bias – in this case, the algorithm recommended more healthcare invention for whites (which the algorithm deemed to be sicker), which only reinforced the existing discrepancy in healthcare consumption.

This is not a new issue. Studies in healthcare show racial bias in the care received – black women in particular are much less likely to receive pain medication, for example, and there’s been other studies that show they’re less likely to receive treatment for lung cancer and cholesterol medications than their white counterparts.  But what is scary about an algorithm that’s racially biased is that race can be explicitly excluded from the algorithm – but that doesn’t mean bias was excluded since the measuring stick chosen (consumption of healthcare) differs by race. 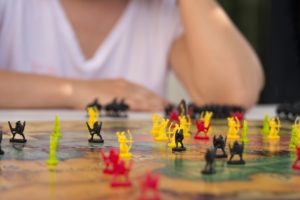 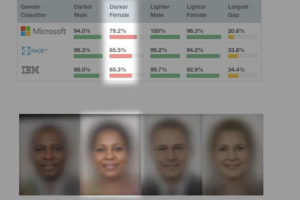 I’m currently working on a start-up that cleans and joins data to enable algorithm development. How do you make sure that your algorithms aren’t biased, particularly when they can seem like a “black box” in terms of what’s recommended? And how do we manage the risk of data driven healthcare – presumably these algorithms can be corrected, but an early version might have issues. We are willing to accept human error, but are we willing to accept algorithm error, particularly in healthcare where decisions have life or death consequences.

In this case, researchers were able to correct the bias with a relatively simple solution. They tweaked the algorithm to determine how a sick patient was based on their actual conditions, rather than on their healthcare spending.

The end of the article mentions a future where we may stress test algorithms with data scientists (just as security firms test whether a company’s data security is sufficient).

What do you think? Are the benefits of data driven medicine worth the risk?