Context: In 2015, the newly formed government in India took a number of steps to make the governance of the country more effective. One such step at the central government was to move to a biometric attendance system for all government bureaucrats. This in itself was a big step jump from the largely paper based system with minimal accountability. However, this move was coupled with making this attendance data open-source over the web, accessible in real time.

Benefits of the new system: Many government departments in India are criticized for being “sleepy”, ineffective and highly bureaucratic. The lack of accountability perpetuates due to quid-pro-quo agreements within departments. This new open-source system enforces a high degree of transparency and accountability via real-time attendance dashboards that are made available to higher ups and also to the general public. Without stating specifics, the government did make statements claiming that overall attendance across departments had shown marked improvement.

A sample of the attendance dashboard has been shared below:

Below, I have discussed some pertinent themes related to people analytics when analyzing the implementation of this government system. 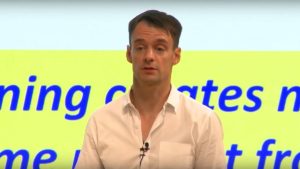 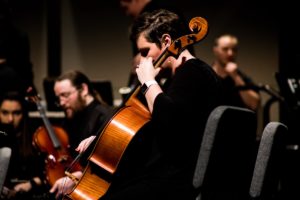 Transparency vs Privacy: It is apparent that the transparency in the system has significant benefits – most importantly it can help identify chronic late comers and absentees. However, using biometrics such as retina scans or finger prints to record this data and then making the dashboards completely open-source definitely raises critical questions around privacy. With the possibility of drilling data within individual departments, the system jeopardizes the privacy of individual bureaucrats and potentially also puts them at risk of harm. If someone faces administrative trouble for a government proceeding, does this system make it easier to individually target government bureaucrats for their ineffectiveness; would the ambush be justified?

Performance, Efficiency or neither: Privacy concerns aside, one could argue whether or not “time in” & “time out” are the right metrics to be measuring. What would this measure be optimizing for – efficiency, effectiveness or neither? While the government did claim that the overall attendance across government departments had improved, does it help to have a data-driven approach to input metrics alone instead of outputs and outcomes. One could argue that despite the increased attendance and time spent in government offices, the overall productivity of these bureaucrats is below the original levels.

Other cultural implications: It is worth thinking through the cultural implications of implementing such a system at a large scale – impacting over 100k bureaucrats across the nation. While some, especially those who are diligent, might see it as a welcome step to pull up socks across the department, many might consider such a system draconian and one that will erode trust within teams. If this measure is implemented in isolation and without complimentary cultural changes, some employees may also feel incentivized to find other loop-holes to “give it back” to the system.

Conclusion: While generally I am a fan of using technology to improve efficiency and am a proponent of transparency, I believe that:
(i) the data from this system should be made available to senior members of the government but not to the general public
(ii) the implementation of this system should be complimented by other behavior change efforts to improve effectiveness alongside attendance

Looking forward to your thoughts!

A healthy use of data, or an unhealthy breach of privacy?