“To make work better, we have to make change easier” says the website of Humu, a people analytics startup founded by the former SVP of People Operations at Google. They have a point. When we talk about learning, we’re really talking about change. And as anyone who’s failed at a New Years resolution can tell you, change is hard.

Humu’s innovation is applying the copious analytics it collects in the form of personalized “nudges”. These nudges give small pieces of advice that workers can integrate into their daily life. Humu’s method makes sense on an intuitive level: rather than pulling people out of their work for long periods of training (which we know has limited effectiveness), these nudges allow people to integrate small changes into their authentic environment. I like to think of nudges as small course adjustments to a boat at sea – over time they result in a much faster route to one’s destination. From the high profile clients Humu serves, their approach seems to be working on some level.

If we take a broader view of learning, can this method be extended to traditional educational institutions? Should universities push students out into the world, and provide small nudges to help them along, rather than sitting them in classrooms, separated from reality for 1-4 years?

To answer that question, we first need to distinguish the mechanics behind large and small change.

To continue the metaphor of a boat at sea, large changes are akin to figuring out where we want to point the boat. These changes are transformative, and include career changes, domain pivots, and reorientation of priorities. In contrast, small changes include career advancement, learning new skills in a familiar domain, and refining our priorities. Both are likely to occur multiple times during our lifetime. 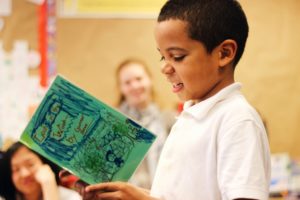 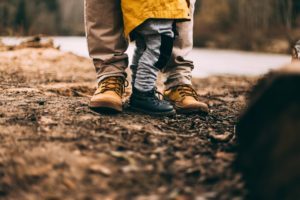 The reason nudges are likely to fail in the former category is that large changes require us to step away from our day to day reality. We need to reexamine the landscape, and rethink our direction – nudges telling us to talk to our manager more aren’t likely to solve this problem. Traditional institutions, particularly liberal arts colleges, excel in this category. Students in these programs explore pathways that they hadn’t even considered before, rather than becoming more efficient at what they already do.

So, is people analytics inapplicable to these traditional institutions? Absolutely not!

It’s not for nothing that someone inscribed “Know yourself” at the Temple of Delphi. Knowing oneself is a crucial goal of any education, and is necessary in the orientation of large changes.

Why are startups like Humu so powerful? Because they know so much about us. But how much access do we have to that information?

The applicability of people analytics isn’t in the nudges, or the assessments, or the fancy AI algorithms. It’s in the insight it can give to people.

Universities do an awful job of providing such information to students. We get mostly meaningless grades and GPA’s, and if we’re lucky some qualitative feedback along the way. What if universities could give us granular information about our habits, our behaviours, and our engagement? Such data collection would necessitate privacy infrastructure and individual ownership, but it could also create a much more powerful route of self discovery during these expensive and important periods. In short, it could make change easier.

It’s only after these transformative changes that I see the value Humu can provide with its nudges. Until then, let students own their own data, and decide which horizons are worth nudging towards.

2 thoughts on “Can Humu Provide a Model for Higher Ed?”