Over the past three years we have seen decreasing engagement from our Physician Assistants and Nurse Practitioners (PAs/NPs). There have certainly been times in the past where they stepped up to tackle a challenging issues that we faced. However, now it seems like they only want to clock in, do their work, and clock out. There have been many examples of this, but the most recent one had to do with the illness of a new PA’s child. When we hired the PA we knew that her son was battling cancer but her son seemed to be doing much better and headed to recovery. She started and two weeks later her son had to be taken to the hospital. Of course this meant that the PAs/NPs in our group had to step up and help cover or change shifts. When the PA returned to work, she was still having occasional days where she would have to run her son to the hospital. Our solution was to get the PAs/NPs  together to discuss solutions and hopefully come up with a call schedule. The group’s response was that they did not want to do the call schedule and that our organization should get Locums PAs to be on call. Keep in mind that none of these PA/NPs work more than 120 hours per month and we offered to pay them $15 more per hour if they have to cover a shift in an emergency. Part of the reason that we have lower minimums for full time employment is so that we can flex up if/when one of the PAs/NPs has maternity leave or is injured.

There have been similar situations with our physicians, and the response was the exact opposite. Every one of the physicians supported setting up call schedules and taking extra shifts to help out when one of them went down. The physicians even jumped in to help take PA/NP shifts when the PAs/NPs in our group did not step up.

The senior leadership in our organization recognizes that the culture that has formed with the PAs/NPs in our group is not what we would like or expect. We have offered for them to nominate a  PA/NP to join the leadership team but the response from the group was minimal and they mostly wanted to know if this position would pay more and/or reduce their clinical shifts. We had meetings with all of them to hear their suggestions on how the organization could better engage with them and mostly the said that they just wanted to work their minimum number of shifts, not be asked to pick up any extra, and get paid more.

Have any of you had similar experiences with your PAs & NPs? Do you have any suggestion on how our organization can move in the right direction? 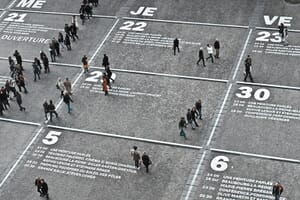 Patient flow from ER to the wards does not flow

Value-Based Care: Too Small To Scale?