Youse is an insuretech that was launched by Caixa Economica Federal, one of Brazils largest banks, to serve clients in the digitalized and connected era through a more modern offering. Youse offers customized insurance services that can be hired almost completely online and brand itself as an innovator in the insurance space.

The company offers life, home, and auto insurances and economics work in the same way as other traditional insurers: profits are made when companies receive more premiums than what they paid in claims for their policyholders. To hire an insurance policy, clients must download Youse’s app, fill in a form and chose what kind of coverage and services they want. Once the customers inserted a credit card and an employee makes an at site verification of the assets to be insured, the policy can be formalized. Customizations go from the value covered to access to recovery truck in the case of an auto insurance. Youse also uses artificial intelligence to suggest the best packages based on a client’s profile.

In 2017, the company launched Youse Trips, an app focused on its auto products. The concept was quite simple. Youse insurance policyholders would download the app and activate it while driving. If they displayed a safe driving style, they would have access to discounts on premiums and other prizes. Driving style was evaluated using mobile built-in functions (e.g. accelerometer) and clearly defined as:

After every drive, drivers would get points for the way they drove, and these points could eventually be traded for benefits. 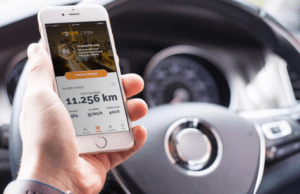 The value created by the project was clear. First, the gamification effect created by the Youse Trips app would make clients indulge into safer driving, reducing accidents. Second, because benefits were calculated using a machine learning and evolutive algorithms, that sought to understand the relationship between the driving style of clients and accidents, Youse could offer clients that drove well better prices (when including discounts) vs. other players.  Other projects to use Artificial Intelligence to define initial prices were also being carried out at Youse with this model in mind.

Value capture of the initiative by Youse would come in the form of smaller expected claims related to accidents due to gamification and the ability to attract and retain clients due to its lower overall prices.

The company, however, still had many challenges to unlock and capture all potential value. Even though the concept made sense, calibrating a model to be able to perfectly price an insurance policy was extremely hard. Until the model was well-calibrated, it would probably be a source of costs rather than a source of revenue for the company. Moreover, how would the company effectively convey that it could be cheaper to attract clients, specially if algorithms showed different price schemes from what it was currently being practiced on the market (e.g. if the market tended to offer a lower price for a profile just based on old – n on-data-driven – dynamics, how should Youse adapt to it)?

I believe Youse should approach the issue of calibrating the model gradually and adjust its prices accordingly. Even though allowing higher discounts would attract more clients, which would increase the speed of development of the algorithm, doing so would probably cost too much for the company in terms of profitability, potentially making such choice a “bet the company” one. With the gradual approach, I would set very little initial discounts for customers and increase that figure as the algorithm got better. That would also help me counteract the effect of historical pricing schemes, as the transition would me smoother. In the meanwhile, I would use other automation and process improvement to remain competitive. Finally, I believe the concept of the insurance based in data is compelling and simple. In that sense, marketing it strongly would enable the company to acquire (the right) clients.