Why would a startup want to enter the crowded market of wearable fitness, filled with big players such as Fitbit, Jawbone and Apple? The answer is data. Enter WHOOP, a wearable technology company that targets high performance athletes. WHOOP believes it can utilize more sophisticated data to target an under-served segment of the wearable fitness market. CEO and Founder, Will Ahmed, was always interested in the physiology behind peak athleticism, and used his time at Harvard to research with physiologists and cardiologists to better understand the athlete’s body. He came up with the premise of using science and data to approach optimizing an athlete’s performance and created the original WHOOP Strap prototypes at the Harvard Innovation Lab. 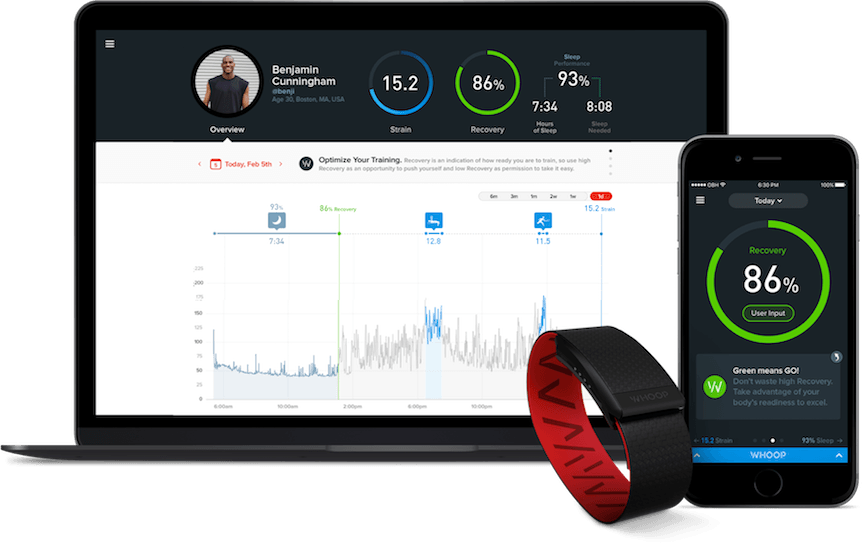 WHOOP’s physiological research has shown that prevention of over-training is crucial, so the company’s goal is to help the athlete find a perfect balance between straining the body and allowing it to recover. It does this through the WHOOP Strap, which has sensors to measure 5 key metrics: heart rate, heart rate variability, skin response, ambient temperature and accelerometry (motion and movement). The device captures data on these metrics 100 times/second, continuously throughout the day, allowing WHOOP to measure strain, sleep and how the body recovers to help an athlete find the optimal training balance. 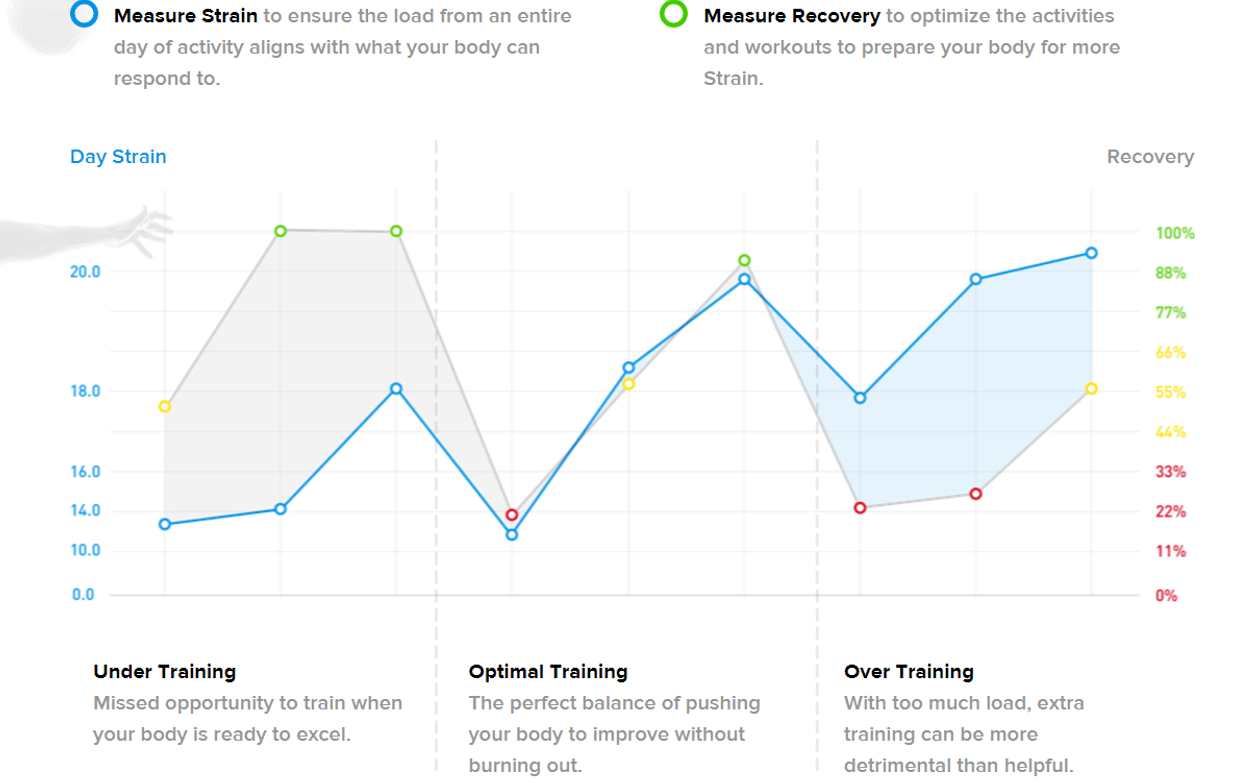 WHOOP takes all this data and gives the athlete simple zones to help them evaluate whether they are ready to train or should rest more:

The company’s strategy is to change athlete behavior. Check out case studies WHOOP has on their website for examples on how athletes utilize WHOOP data to impact their daily life: http://whoop.com/day-in-the-life/#top

WHOOP claims that athletes who have utilized their device have seen measurable results. They say, after 4 months athletes have:

WHOOP’s initial target audience was professional and collegiate athletes, Olympians and segments of the military. The company targeted both individual players (such as LeBron James and Michael Phelps) as well as coaches who can use the technology to monitor their entire team’s performances.

During the 2016 season, WHOOP conducted the largest performance study ever in pro sports with Major League Baseball. Over 200 minor league baseball players wore WHOOP for all activities during the day and night. The study found direct correlations between how recovered the athletes were and their in-game pitching and batting performance. They also found correlations between declining recovery and injuries that occurred during the study. After the study was over, WHOOP became the first official wearable product allowed to be worn during the MLB games.

WHOOP has recently launched a direct-to-consumer product, sold on the company’s website, to target the “aspirational athlete.” This is someone such as high school athletes and endurance competitors (marathoners, cyclists), who are committed to their active lifestyle and better want to understand their bodies to perform at a higher level. As Ahmed says, “I think there are a large number of people out there between your professional athletes and the step counters of the world.” The WHOOP Strap is premium priced at $500, which is a significant jump from competitors’ pricing, which typically ranges from $50 – $150.

WHOOP has a lot of data that they can use to entice athletes to utilize their device. To maximize revenue, they likely have to strongly penetrate the everyday consumer/”aspirational athlete” segment. It could be that their strategy is to use their professional athlete endorsements to provide credibility for their product’s results. Since this is a premium priced product, to be successful with the everyday consumers, athletes must see better results from using WHOOP’s system than a traditional Fitbit. Ahmed argues that while current products provide some data, they don’t tell you what to do with it, which is where WHOOP provides more value. However, one challenge is that results necessitate a change in behavior, which relies on consumers following WHOOP’s advice. A separate strategy they could take is focusing more on the data side of the business and become a service-oriented data analysis platform for professional teams, acting almost as data consultants for coaches.