Wayfair is a company that has seen successful growth, a well-executed rebrand, a $1 billion IPO and international expansion.  The focus on digital transformation and innovation that the company has had is what has allowed Wayfair to flourish and grow in these ways.  Wayfair was founded, as CSN Stores, in 2002 by serial entrepreneurs and co-founders, Niraj Shah and Steve Conine.  Shah and Conine met whilst studying at Cornell University and prior to founding CSN Stores had started several successful businesses together.  The initial premise of CSN Stores was to acquire and to create ~300 micro-sites across the internet, focused on selling household goods and furniture.  This industry in the US is largely fragmented with no, key, dominant players.  As well, many of the products are heavy, fragile or unwieldy to ship and so a company that was able to figure out how to ship these products effectively had a lot of margin to gain.  With the way that Google’s algorithm worked at that time, having a highly specific and dedicated website, such as Cookware.com was a very efficient and effective way for the company to solicit customers in the burgeoning field of ecommerce furniture and home retail sales. 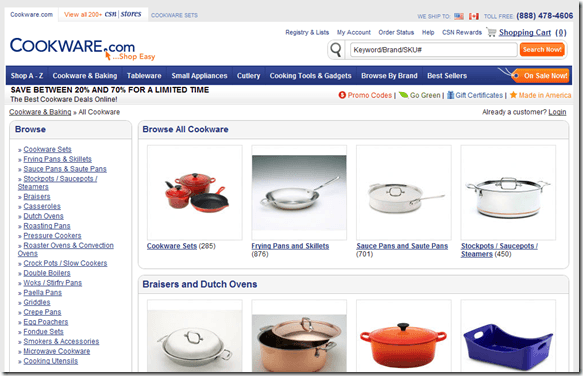 However, as the competition within ecommerce began to develop and to grow, CSN Stores realised that it was losing many repeat and extension purchases from customers who did not know that the company not only owned, Cookware.com, but also owned KitchenStools.com, etc.  Each time a customer checked out on one site, the company would need to pay to re-acquire that customer for a sale on a sister or brother site.  As well, around this time Google updated its algorithm for how search results were displayed and relevance to the search query, as well as links redirected to a site, suddenly increased in importance.  This meant that, although CSN Stores had many highly targeted websites, the lack of breadth across the different sites, as they operated in silos, was affected the individual sites’ rankings in Google search results.

Subsequently, CSN Stores underwent its first major change with regards to digital transformation.  In 2011, CSN Stores announced a complete re-branding of the company into one, cohesive, online storefront, ‘Wayfair.com’.  As expected, the company suffered a loss in customer traffic after the rebranding due to the lack of consumer knowledge of the brand and its low ranking in Google’s search results – rankings have to be built over time as authenticity of the site is showcased.  The delta in sales was more significant and lasted for longer than the company had expected, and as the company sought to find a way to make Wayfair a household name, it launched its second major digital transformation.

Wayfair had held a strong belief that the company’s growth could be fueled by excellent customer service, word of mouth, and good fulfillment rates.  As the company struggled to gain traction with the rebranding it realised that a key component of its 2.0 strategy that had been missing was digital marketing.  As a result, the company moved quickly to start to build out a robust digital marketing team that looked at attracting customers in two different ways, top of the funnel – people who were searching for homegoods on the internet but did not have a specific product in mind – and bottom of the funnel – people who were searching for a specific product to purchase online.  As the company began to focus more of its time and resources on this internal digital transformation and recognition that it had to create a proactive digital footprint to draw customers in, it also went against its previous statement of never needing to do television ads, and in 2012, the company launched its first television ad to a national audience.  Wayfair’s ability to understand when it needed to pivot its policy on something in order to foster innovation and growth within its ecosystem has helped the company to develop and to thrive.

Wayfair’s third major digital transformation was more ‘behind the scenes’ than the prior two.  Having founded the company based on the idea of being a dropship intermediary between suppliers and customers, Wayfair had begun to recognise the importance of stocking many of its most popular or fastest moving items.  This was for two reasons, both to do with the competitive landscape.  One was to stop competition from blocking the inventory from Wayfair.  Major competitors in the homegoods space who did stock items would purchase more than they needed and sit on the inventory so that Wayfair could not offer the products to its customers, or offer the products with a very delayed delivery date due to the inventory backlog from the supplier.  The second reason was to allow Wayfair to compete with the two day delivery promises that customers of the industry were beginning to expect from all ecommerce retailers.  With Wayfair’s dropship model, the company was not able to guarantee the products to customers within a two day shipping and delivery window and so was struggling to contend with others in the space.  As a result, Wayfair begun to build out a very advanced shipping and fulfillment team whose prowess was enhanced by its use of machine learning and proprietary software algorithms, thus completing Wayfair’s third digital transformation.

As a company founded and firmly routed in the digital world, Wayfair has done a good job of understanding the importance of continually improving and innovating on its digital offerings, both consumer facing and internal to company operations, as well as focusing on staying abreast of the latest transformations in the digital world in order to remain competitive.  There are several key areas of digital transformation that the company should emphasize over the coming years to ensure that it continues its growth and dominance in the space.  Technical hiring is an area of weakness for the company.  Wayfair has been growing so quickly that its demand for engineers, data analysts and affiliated positions has outstripped the ready supply that it has been able to find.  In order for the company to be able to grow at the pace that it needs to, it will need to continue to augment its hiring offering, specifically for technical roles, to be able to attract enough talent to fill its demand.

Another internal focus for the company has been to build out its consumer offerings around virtual reality, allowing customers to ‘experience’ the products and pieces in their homes before actually purchasing them.  This is a very compelling tool for customers to be able to interact with and helps to mitigate some of the hesitation that many consumers feel about purchasing furniture online with seeing it first.  However, the application of the technology is not very widely understood currently and its user experience is not as smooth as might be hoped for.  If Wayfair hopes to make this a key differentiator down the road then it would behoove the company to continue to invest in its capabilities to increase ease of use.

Wayfair’s stock price has continued to increase since the company’s IPO in 2014, largely due to the company’s focus on digital transformation and innovation within its platform and ecosystem.  In order for the company to continue to see a positive return on equity, Wayfair should continue this relentless pursuit of digital perfection, especially with regards to the “worry areas” mentioned above, and maintain its dedication to being at the forefront of digital transformation. 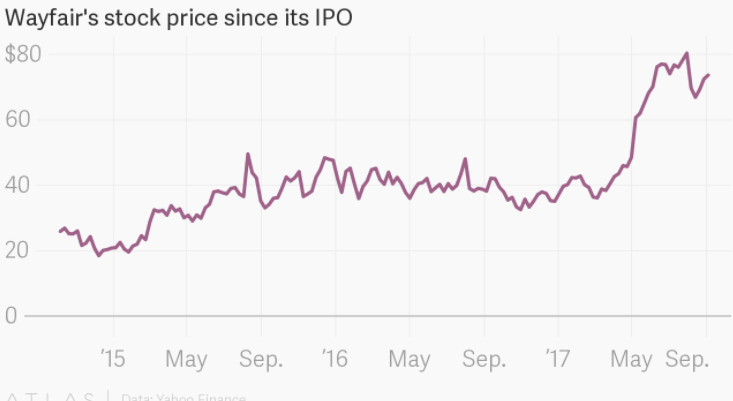 CSN Stores to Rebrand as “WayFair”

We're so excited to share our first TV commercial with you! We figured our Facebook friends and fans deserve a sneak peek:)