Vine was a microblog in a form of super short clips. The video will run for six seconds and repeated in continuous loop. The company was founded in June 2012 by Dom Hofmann, Rus Yusupov, and Colin Kroll. By limiting the length of the video to only six seconds, Vine forced its user to be highly creative and it turns out those ultra short clips rings the bell with the youth. Vine essentially kickstarted the crowdsourcing micro video content making trend. 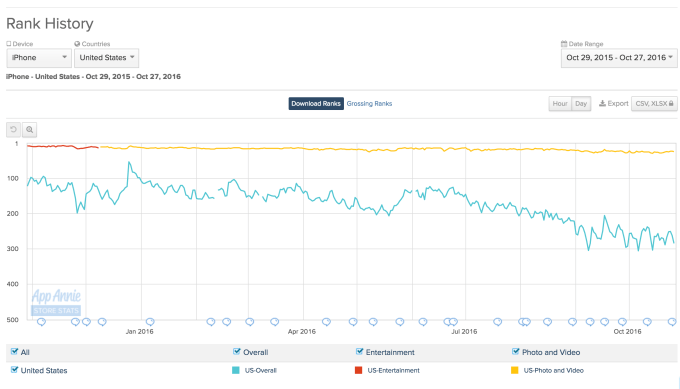 The company was acquired by Twitter in October 2012 for $30 million, as Twitter saw Vine’s micro video content as a good fit with its tiny 140 character limits. Vine officially launched in Janyary 2013 and by April 2013 became number one downloaded free iOS app and continued to become the most used video sharing application in the market at that time despite low adoption.

Nevertheless, the mobile microblogging sphere is saturated with competition from Instagram and Snapchat. Vine used to have 200 millions of active users at its peak, but has dropped to number 284 in the top iOS free apps chart. Vine shuts its service on January 17 early this year.

There are a number of reasons to why Vine failed to maintain its steam:

Vine launched at the right moment when brands started to shift to video, and ultra short video platform did not exist. Despite of having the upper hand, competitions catch up to Vine’s offering. Instagram, had just been acquired by Facebook and released its own video features within less than a year to its 130 million users at the time. Snapchat also launched video feature to its app to its 10 million user back then. Vine was slow to response to these developments, while its rivals continued to adapt to content maker needs.

As the app slow to answer user demand, Vine start losing its users. Thus as the number of users (and viewers) drops, top ranking Viners jumped ship to follow the crowd to other platform (e.g. Instagram). Unlike YouTube who nurture its top content maker, Vine also did not manage the content maker pool thus failed to listen to function was needed the most to stay relevant.

Unlike Facebook, Instagram, Youtube, and Twitter that allows sponsored content to be promoted ahead of the flock of posts, Vine did not have the promoted function to systemize the brand’s marketing effort in the platform. While at the same time, Vine’s analytics and reporting never improved to become become increasingly sophisticated such as those on rival platform such as Youtube and Facebook. As a result, it is increasingly hard for brands to manage and overview the performance of Vine when compared to other media.

Lacking official commercial support from Vine itself, brand was focusing on native content promotion by teaming up with star Viners to make a branded post. Despite Twitter’s acquisition of Niche, another platform that connect brands with social media influencers who have large follower, Vine still could not leverage the resources to bank the opportunity.

If only Vine listened to its core user better and thus able to adapt to the changing needs, the company could have release better function, quicker, and thus stays relevant.