Before Harvard, I spent several years at The New York Times. In the face of collapsing advertising revenues and declining newsprint circulation, The Times has spent years searching for a scalable and repeatable business model (a colleague suggested that this makes it a 165-year-old startup). As the firm’s digital model has evolved, management has recognized the value that data—a source for reporting, and a user experience and operational driver—creates in the digital-first world.

Note: I worked in the NYT Data Science & Engineering group, but this post is sourced strictly from public sources (all linked) unless noted.

For years, The Times has leveraged quantitative data and analysis to enhance its reporting. Nate Silver’s FiveThirtyEight is perhaps the most visible example (now supplanted by The Upshot). Journalists have become accustomed to mining data for reporting insights, even outside of politics. One example: defective Takata airbags. Having manually dug through 2,000+ regulatory “incident reports” to identify accidents related to Takata’s malfeasance, that article’s author handed off her dataset to a data scientist who built a logistic regression model to find those reports among the remaining 31,000 that were also relevant to the article.

Beyond crunching datasets for “traditional” article-writing, Times editors and journalists have also turned to data-driven “automated storytelling.” In sports, their playoff predictor allowed NFL fans to simulate season-ending games to understand teams’ chances of making the playoffs, while the 4th Down Bot examined historical play data to suggest fourth down play-calling. Other pieces tell more typical stories with data augmented with user input (e.g., examine your college’s economic diversity). And in 2013, a popular data-driven dialect quiz quickly became the most-read nytimes.com story of all time. These efforts all represent important efforts to leverage data in pursuit of The Times’s mission to print “all the news that’s fit to print”—even when print matters less and less. 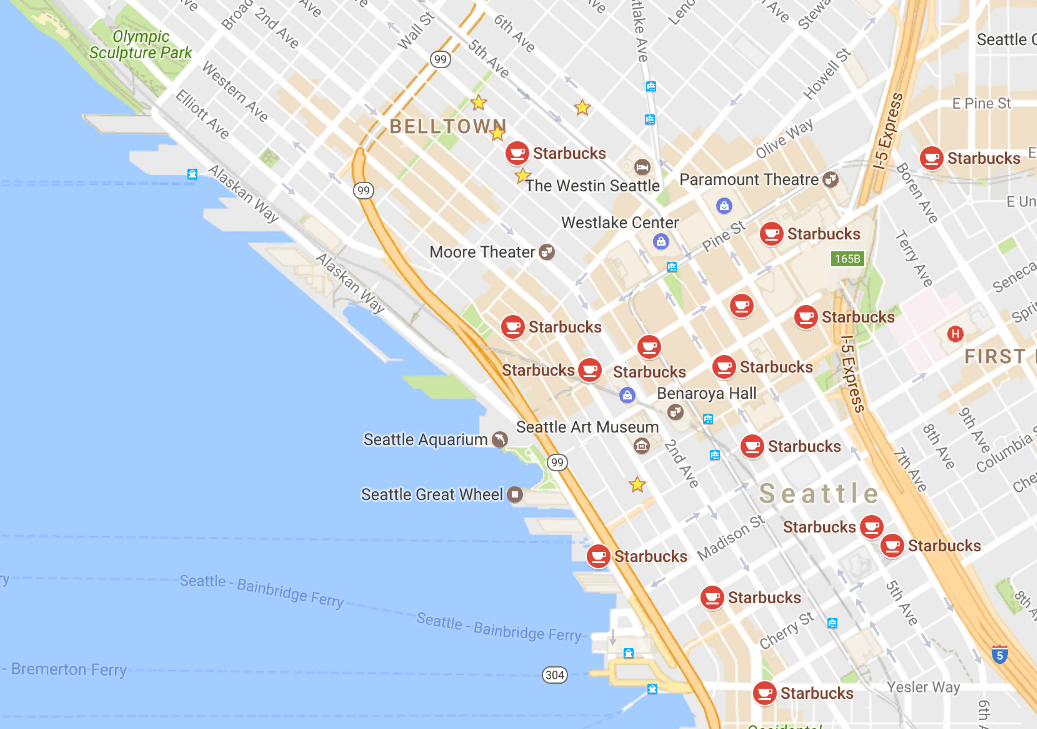 Where The Times thinks I’m from (with remarkable accuracy). After 22 years living in Madison, water fountains will always be bubblers.

Creating Value for the Reader Experience

Beyond crafting news, The Times leverages data to improve reading experiences and surface engaging content to readers. For example: in 2015 the newsroom launched Blossom, a Slack bot that recommends stories for posting on Twitter and Facebook based on past high-performing articles and their text composition. Editors retain final say over news coverage decisions, but they are not averse to improving the reader experience with input from data.

Beyond manually-curated suggestions, The Times also operates an article recommendation engine (shown under the “recommended for you” tab on nytimes.com) that recommends articles based on readers’ browsing histories. As engineers discuss, the system uses a topic modeling algorithm (LDA) to transform an article’s text into a set of features that describe its content, enabling comparisons to other articles. By comparing new articles to past articles that users have read, the engine surfaces engaging content for those readers. Thus, The Times’s data capabilities transcend news-writing, improving the reader experience throughout. 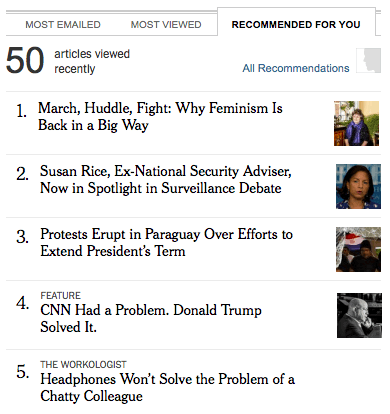 The Times continues to compete with other news outlets—and companies like Facebook—for attention. To capture value that data-driven journalism and product enhancements (like those above) have created for readers, they clearly hope to realize increases in digital subscriptions. Beyond that, The Times also applies the same granular readership data that underlies article recommendations (as well as other data sources) to problems in marketing and operations. Reader histories contain powerful signals that identify potential subscribers and unsubscribers and reveal international value capture opportunities. And to avoid waste in The Times’s “dead tree” business, data scientists have used newspaper sales data to match newspaper printing to expected demand.

Of course, on all of these fronts The Times isn’t the only game in town. FiveThirtyEight (under ESPN ownership) remains committed to data-driven journalism, and appears to have an edge in election predictions (shortcomings aside). The Jeff Bezos-owned Washington Post has also beefed up its data and algorithmic expertise, using data to optimize headlines (with multi-armed bandits) and leaning on algorithms to write short news stories. Both players—and plenty of others—will be worth watching as the digital media landscape evolves.

Where We Came From; Where We’re Going

But perhaps the biggest challenge to adapting to the “Big Data” age is cultural. The Times has traditionally enforced rigid separation between journalistic and business staff in both the built environment (housing the newsroom in a distinct physical space) and in the org chart (an arrangement known colloquially as “The Wall” or “the separation of church and state”). As recent progeny of the Innovation Report indicate, The Times has built better products by carefully softening these barriers, building bridges between business-focused analytics staff and the newsroom while eschewing conflicts of interest.

In all, this is clearly an interesting time for the Times. Management has invested heavily in analytics capabilities with the aim of improving the firm’s products. Still, despite incredible progress, digital operations remain $300 million short of their 2020 revenue goal. Time will tell if data will be the difference-maker in The Times’s business model search.