With a reputation of being known as the “Ivy League” of dating apps, The League, founded by Amanda Bradford, is a dating app targeted towards young, working professionals. With the core goal of the service to be to help singles meet each other and ultimately date, The League restricts its pool of singles to those that are “ambitious young professionals”. The main question that comes into everyone’s mind is, how on earth does The League determine whether or not someone is an “ambitious young professional”? Unlike its main dating app competitors, Hinge and Tinder, The League relies heavily on LinkedIn data moreso than Facebook data to investigate its aspiring members. Once a user downloads the app, they are prompted to join a waitlist (which in some cities can be 20-30,000 users long) before being able to officially use the service. The League has an acceptance algorithm that then scans social networks (LinkedIn and Facebook) to ensure applicants are in the right age group and are career oriented. Once accepted, users can then browse through a handful of matches that are offered to the user. New batches of matches are supplied to users during “happy hour” every day at 5pm. The app uses an algorithm to ensure that users aren’t shown current coworkers or people within their primary network to avoid awkward encounters.

Value Creation: The League is a multi-sided platform, connecting consumers interested in dating with each other and advertisers with a source of young professional consumers. The app creates value by providing an exclusive platform for users to browse and learn about the variety of single individuals in their respective location and to connect with these individuals via a chat function on the app (if both users have already indicated that they are interested in each other) and ultimately in an in-person date off of the app.

Value Capture: The League operates as a freemium model. Users can choose to become League Members and pay a monthly membership fee in exchange for an increased number of daily prospects, friend request capability, receipt of VIP passes to give friends priority, and other perks such as read receipt functionality, profile feedback, and first round invitations to League social events. Furthermore, The League captures value through click through advertising revenues. The greater the Company’s network, the more appealing it is for advertisers to advertise on the platform. 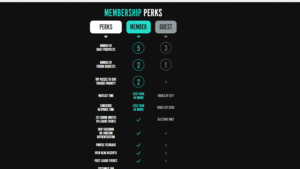 Key Challenges: The primary challenge dating platforms face as a business model is that the inherent goal of the service is for users to ultimately disintermediate and date each other. This ultimately results in users exchanging phone numbers, and moving off of the platform. If users are “lucky”, they will find a serious relationship relatively quickly and have no further use for the platform at all. The better The League is at doing its intended goal, the worse off it becomes because it loses members from its network and suffers from loss of advertising revenue (another primary source of revenue aside from premium membership fees). In addition, there is a great deal of multi-homing in the mobile dating industry. Given low switching costs and limited differentiation between platforms and services, many consumers have free accounts on several mobile dating platforms. There is minimal brand loyalty in the mobile dating space.

The League’s Response: The League attempted to mitigate the risk of multi-homing by incorporating the waitlist feature to its service. By giving users the impression of exclusivity and elitism, The League hopes to differentiate itself from other dating apps that target more “mainstream” customers. In addition, The League worked to mitigate the risk of a reduction in global network post dating match by incorporating in-person dating social events into its platform. Rather than just offering a dating matching service, The League aims to create an entire experience around dating. It offers domestic and international trips, social events such as concerts, and even athletic events for couples and singles to enjoy each other’s company based on shared interests off of the platform. By creating social experiences such as these, The League is working to retain its global network even after it has accomplished its goal of matching individuals as couples. 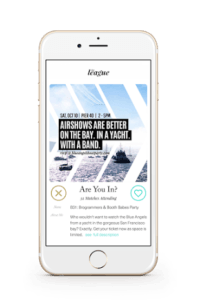 While the online dating industry is valued at about $2.2bn, and there are over 50m Americans looking for love online, revenue growth for the industry is projected to slow through 2022. 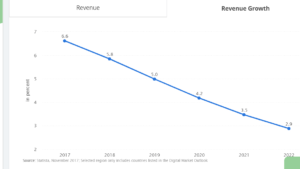 Is The League doing enough to sustain its global network? Does The League truly want us to find love? Or instead does it hope that we continue swiping left so that we stay on the platform and continue to grow their bottom line?

Spotify | Should Investors Join The Band?

Student comments on The “Harvard” of Dating Apps: The League