Utilizing this big data platform, Hershey found out that its sales of chocolate rose when the chocolate was placed next to marshmallows.[1] Credit Suisse uses the platform to monitor its employee’s behavior to hopefully catch any bad actors before they break the law.[2] In Syria, this platform was used to track the movements of armed groups such as ISIS to anticipate massive movement of refugees or potential shortages of food and medicine.[3] The platform may have also been used (has been neither confirmed or denied) in the hunt for Osama bin Laden.[4] What big data platform can cover all of these commercial and government use cases? The secretive Silicon Valley unicorn—Palantir Technologies.

“We make products for human-driven analysis of real-world data.”[5] In 2004, Palantir began as a company dedicated to help the US government and intelligence communities collect and analyze data in the War on Terror, but has now evolved to offer solutions in M&A, automotive, manufacturing, pharmaceuticals, and insurance, along with all of its core government solutions. How does the software work? Palantir looks to synthesize structured and unstructured data into a “single coherent model:” structured data includes spreadsheets and tables while unstructured data includes emails, images, files, and videos.[6] Since that data is often not stored on the same or connected systems, Palantir can be utilized to integrate it and analyze it during the integration. Palantir is also said to have a very user-friendly interface, allowing the real time search of data sets without using SQL queries or algorithms to search.[7] 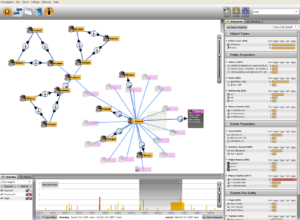 Having raised over $2 billion and valued at $20 billion, Palantir has had no trouble building revenue. Although the company is shrouded in secrecy, it is estimated that Palantir booked $1.7 billion in revenue in 2015 and may have been profitable in 2017.[8] It is difficult to discern who exactly would be considered a competitor to Palantir because of the wide variety of use cases Palantir satisfies; however, IBM, Tableau, and Splunk offer big data driven products, but have not made quite the splash that Palantir has, especially within the government sector. With no comparable competitors, Palantir will gain an advantage as it continues to attract contracts and aggregate data, reinforcing the strength of its algorithms and products as it has access to more data. Many sense that an IPO is in the companies not too distant future. 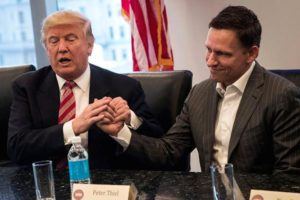 Palantir’s big data solution has not been without controversy. Last month, as details emerged about Cambridge Analytica harvesting data from more than 80 million Facebook users, a Palantir employee got caught in the middle of the controversy; a business development Palantir employee is alleged to have recommended Cambridge Analytica’s data scientists to use an app to collect data… which is what the company ended up using.[9] Politically, Peter Thiel, cofounder and Chairman of Palantir, has ties to President Trump, ties that some speculate could lead to Palantir’s solutions being utilized to carry out Trump’s foreign policy.[10] The company is also attracting attention from the American Civil Liberties Union concerning collection of data on citizens.[11]

AutoGrid is Turning the World’s Energy Data into Power